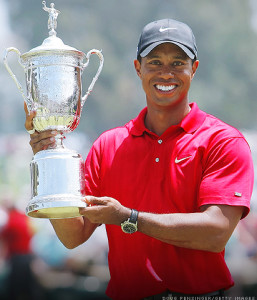 There was once a time in history when every single one of us rooted for Tiger Woods.  After all, what wasn’t to like?  He was handsome, personable, a smiling young man who represented change in a game that had historically been associated with the upper class.  He was a minority dominating a sport the way nobody had before.

Then he had a change of identity.  He wasn’t who we thought he was.  His approval ratings plummeted.

When LeBron James came into the league, few of us had seen anything like him.  He was a big man with small man skills.  Our restricted minds couldn’t help but compare him to Magic, Michael or anyone else we could think of who had revolutionized the game.

Make no mistake about it.  LeBron was, and still is, doing just that.  No man his size has dominated quite like he has.  When Michael Jordan played, there was no clear-cut second best player in the league and if there was, he was nowhere close to Michael’s skill level.  It’s the same thing with LeBron James.  Regardless of who you might think is the second best player in today’s game, he’s nowhere close to LeBron.

LeBron is already sixth on the all-time playoff scoring list behind Michael, Kareem, Kobe, Shaq and Tim Duncan.  He will eventually pass all those guys and become the all-time career playoff leader in scoring.  He’s also 17th all-time in the playoffs in rebounding and get this… 4th all-time in assists in post-season history behind Magic Johnson, John Stockton and Jason Kidd. 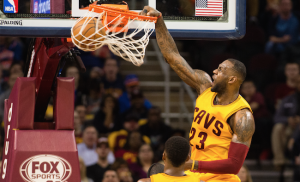 That’s insane.  What’s even more insane is that LeBron James is only thirty years old.

But we don’t like him… or at least the majority of us don’t.

Years ago, when Cleveland drafted the hometown product, LeBron was headed down the inevitable path of bringing a title to a town that hadn’t seen one in half a century.  Rooting against that was like rooting against puppies.  LeBron’s storybook, his long, arduous battle to stardom, had begun.

Then came the decision, LeBron’s plaid-clad announcement that he was headed southbound.  His approval ratings plummeted everywhere outside of the Sunshine State.

Once in Miami, LeBron did his best to embrace the bad guy role.  The problem is he’s genuinely a nice guy.  The black hat didn’t fit.  While true basketball fans watched on in amazement, those living outside of South Florida openly rooted for him to fail.

Now, he’s back in Cleveland and once again in the NBA Finals, his fifth in a row.  It’s the first time that anyone not associated with the Celtics dynasty has accomplished that feat.  To make matters worse, LeBron is playing against a likeable team, the Golden State Warriors, so rooting against him once again comes easy.  While most of us wouldn’t mind seeing Cleveland win a championship, those who can’t stand LeBron would prefer they didn’t.

Years ago, back when everyone was a Bulls fan and rooting for Michael Jordan to add to his string of championships, I had one friend who hated him.  No matter which team the Bulls played in the Finals, this guy rooted for them.  And he was a bitter fuck for it because Michael never lost.

It’s a little easier for the LeBron haters…  because he has lost.  The comparisons to Michael are over or at least they should be.  While this will be LeBron’s sixth Finals appearance, Michael won all six of his in storybook fashion.  LeBron has not.  One of these days, we’ll recognize that LeBron is making his own mark on the game and not someone else’s.

At only 30, LeBron James is ever-changing and evolving, just like the rest of us at were at 30 years old.  The key difference is that, at thirty, none of us were the best at what we did.  Heck, we were just lucky to be somewhat good at our jobs.  We didn’t have the world’s eye upon us.  And we weren’t vilified for making a career move.

Right now, before our very eyes, LeBron James is writing his own story, not Magic’s, not Michael’s, his own.  We may approve.  We may disapprove.  But one thing that is without question is that he is the most ridiculously talented basketball player on the planet.  And he will continue to make an unprecedented mark on the game, whether you like it or not.