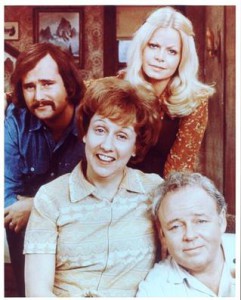 I sent my mother a text the other night.

CNN was airing its very first episode of a series they call “The Seventies.”  Their first installment covered the golden age of television, an era that gave us such legendary and influential shows as All in the Family, Mash, Happy Days, Saturday Night Live and yes, Monday Night Football.

As funny as this might sound, she and I “grew up” watching these shows together. I immediately contacted her to let her know it was on.

The only problem was that, despite living in a several television household, my stepfather was watching the Cavaliers game.  Here’s the catch.  It was midnight.  The basketball game had been over for an hour.  It was LeBron’s penultimate loss, a near blowout to the Golden State Warriors, a team who ironically hadn’t won a championship since… the seventies.

He does that though, my stepfather.  He controls time and space with his remote control, stopping play while real life continues.  The game had long been over, still he was glued.  It’s something he does that I cannot and it drives me absolutely batty.

It’s a big reason why the two of us keep our sports watching events to a minimum, well that plus the fact that he has a tendency to ask the occasional question one would assume the educated sports fan should already know.  But that’s just the sports snobbery in me taking over. 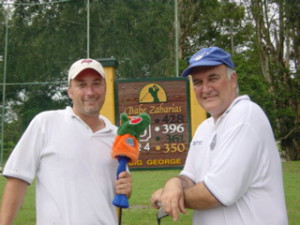 Once a season or so, we’ll huddle around the television set on Saturday Game Days.  As we are both graduates of the University of Florida, we’ll cheer on the Gators, that is, back when they gave us reasons to cheer and not raise bail money.

Then it’ll happen.  After a big play, I’ll see my stepfather’s hands reaching for the remote control.  It was only a matter of time.

Of course, I saw it.  It was a huge fucking play.

Then… he’ll rewind, despite my pleading “Nooooooooo!!!!!!!”  Instantly we are no longer live.  We are countless seconds behind the action.

Now what?  What in the world is going on while we’re watching that play again, one the network would most assuredly show a replay of three times over anyway.  Is a bigger play happening?  Did they score?  Throw an interception?

I couldn’t relax.  I start to sweat.

“Get it back to live!” I’d bark.  I mean, I’m the SportsChump.  I have friends sending me texts, Facebook, Twitter and sports forum accounts all blowing up in real time.  After all, I am a social media butterfly. 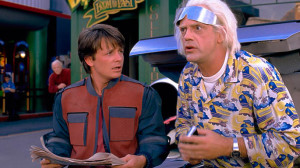 “Did you see THAT?!?” they’ll ask me while I’m stuck in my stepfather’s dastardly time continuum.

I’m at a loss.  I curse that DVR was ever invented.  Technology is the bane of our existence.

As a bartender, I can have twelve orders floating around in my head at once.  I can have people three deep at the bar shouting my name to grab my attention and still be as cool as a cucumber, knocking out drinks with Terminator-like precision.  But if I’m watching a game ten seconds behind real time, I freak the hell out.  God forbid my stepfather gets up to grab a soda, misses a play then rewinds again asking me what he’s missed.  I think my head almost exploded once.

Call me kooky but I can’t stand not knowing what is going on while it is actually going on.  My stepdad, on the other hand, seems perfectly fine with it.

Maybe he’s far more at peace with himself than I am.  Perhaps he doesn’t care quite as much to see these things happen in real life.  Or maybe he’s just out of his mind.

Either way, I’m looking forward to this football season.  And maybe, come September, the batteries from his remote control will mysteriously disappear.

20 thoughts on “Is it live or is it bothersome: The time and space continuum according to my stepfather”