As most of you know, I tend bar for a living.

One of the keys to being a good bartender, in my mind at least, is the ability to strike up thought-provoking conversation amongst your customers, particularly during the slower shifts.

Consistent with my interests, I generally talk about sports, music, movies, pretty much anything other than religion and politics which, as any good bar denizen will tell you, is strictly verboten. 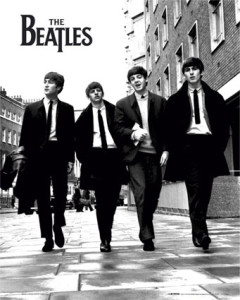 My topic of conversation lately has been the top five bands ever.

I always assumed the greatest pound-for-pound, rock-and-roll band of all time was the Beatles.  And you can define “greatest” however you please.  It can include or exclude prolific, influential, top-selling, most number one hits, etc.  After all, these kinds of arguments are subjective.  Sort of.

My point of engaging customers in this conversation, other than getting to know their likes and dislikes, was to ask them what they thought it would take for a modern musical act to supplant one of the greats as the top band of all-time.  Instead, I encountered something far more interesting.

Very few of them selected the Beatles as the top band ever.  In fact, more people chose the Rolling Stones.  One gentleman even answered Nirvana and he was in his 40s!  When I asked him again, just to be sure he understood the question, he repeated with conviction that Nirvana was the greatest band ever.  He probably owns a lot of knit sweaters.

So let’s take a step back for one second and gather our thoughts.

Every year or so, VH1 comes out with the greatest musical acts of all-time.  They generally poll musicians, who know about music and music critics, who don’t.  For the sake of modernity, they leave out artists like Beethoven, Mozart and Bach.  Generally, when these lists are compiled and completed, they read Beatles, Stones, Zeppelin, Hendrix and will include Elvis, Bob Dylan or James Brown to round out their top five. 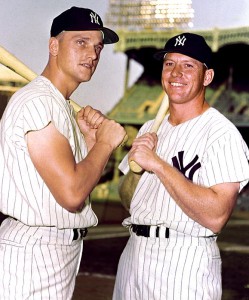 Personally, I don’t have a problem with that order.

If you ask me, the Beatles are the ’27 Yankees, the ’72 Dolphins and the ’95 Bulls.  Lennon and McCartney are Jordan-Pippen.  They’re Mantle-Maris.  They’re Magic and Kareem.  George Harrison was no slouch as a third man.  Sure the Beatles had Ringo Starr as their drummer but what championship team doesn’t have at least one .220 batter in their lineup.

So my question to you, my dearest readers, comes in multiple parts and is designed to engage us in healthy debate.

Who is the greatest rock and roll act of all-time?  Who are your Top Five artists and why?  Not your personal favorites but the greatest acts based on their career accomplishments.  And what would it take for a band these days to crack your list if not supplant the Beatles (or your own personal favorite) as number one?

Let the music play and let the debate begin.