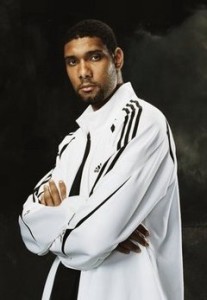 I had an interesting conversation about hoops with the Ice Cream Man the other day.  In the wake of one of the league’s smallest markets signing this summer’s biggest free agent, he said San Antonio was “grooming the next Tim Duncan.”

I told him I didn’t entirely agree with that assessment.

First and foremost, there will never be another Tim Duncan.  Commonly considered the greatest power forward of all-time, Timmy is still going strong.  He’s about to start his nineteenth season (five titles) and this time around, thanks to a little help from a new friend, he won’t have to shoulder as much of the burden.

Next season, Tim Duncan will play alongside one of the league’s best big men.  That man is LaMarcus Aldridge.

So how did the Spurs land Aldridge and how in the world did they do it so quickly?  With so many teams after him, Aldridge signed on the dotted line only days after the deadline. 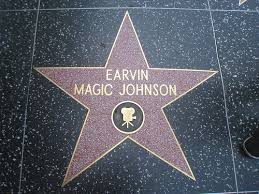 There was considerably little courting in the Aldridge sweepstakes, no pun intended.  The Los Angeles Lakers couldn’t land him and they met with him twice.  I guess Grauman’s Chinese and the Hollywood Walk of Fame don’t have the draw they once did.  The New York Knicks couldn’t even manage a meeting with LaMarcus.  Why would he listen anyway?  That call probably went straight to voice mail.  “Hello, LaMarcus?  This is Carmelo.”  Click.  The Knicks haven’t won a championship since any player in the league was even alive.  Any call from recruiter Carmelo Anthony would have fallen on deaf ears for a player that likes to shoot the ball more than fifteen times a game.  The Miami Heat also had a shot at Aldridge but they’re still bleeding from the hole LeBron left behind.

Let’s keep in mind that New York and L.A. are the nation’s two biggest markets with endless revenue streams for the superstar athlete.  They also happen to be two of the league’s most dysfunctional franchises.  L.A. still has a gap in ownership.  No one knows who’s in control.  In New York, they know exactly who’s in control.  Unfortunately it’s the same owner who’s been making bad decisions for years.  Both teams are woefully irrelevant.

Meanwhile, in South Central Texas, a franchise that has its shit together landed the biggest fish around.  Now more than ever, it’s not necessarily the size of the market but the motion of its coachin’.  Los Angeles, New York and every other landing spot had to prove why LaMarcus should sign with them.  San Antonio had nothing to prove at all.  Scoreboard. 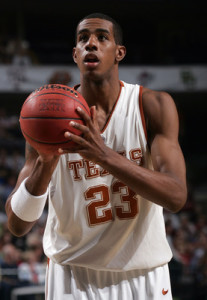 Did it help matters that Aldridge is from Dallas and played his college ball in Austin?  Of course it did.  But it also helped that head coach Gregg Popovich, who has as many rings as the rest of the head coaches in the league combined is calling the shots.  There are several reasons San Antonio hasn’t missed the playoffs since Aldridge was eleven years old.  Pop is one of them.

I don’t know what exactly was said during those Spurs dinners.  Here’s what I can tell you.  There weren’t any ties worn.  There was no bullshit and no empty promises.  Come work hard and win a title.  That’s it.  When a reporter asked Popovich earlier this week if he was going to be contacting any free agents as the deadline approached, Pop replied “I’m not calling anyone at midnight.  I’ll be in bed. And if that’s the difference in someone coming or not coming, then I don’t want them.”  What you see is what you get from Coach Popovich, especially when it comes in a curt, neatly packaged soundbite.

We also learned a lot about LaMarcus Aldridge.  We learned he’s serious about winning championships.  That’s why he joined a team, a franchise, and a coach that give him the best shot to do so.  We learned that LaMarcus Aldridge must be willing to work his ass off.  He signed with a coach who will demand that.  There was no wining and dining, just conversations about basketball and how they can make Aldridge a better player.  That’s why they landed him.  And now, in his San Antonio home, Gregg Popovich is doing something he’s rarely known for: smiling.

Star power means a lot in the NBA, more so than in any other professional sports league.  The importance of a quality coach often gets overlooked, probably because there aren’t that many.  Managers in baseball make key, hands-on decisions but with twenty-five guys on a major league roster, one superstar won’t win you a title.  There’s a reason Bill Belichick has four Super Bowl rings as an NFL head coach.  But if you have talent in the NBA, you can get by with any old coach, as long as he doesn’t fuck things up too bad.  You can even win titles.  Erik Spoelstra has two rings, thanks to LeBron.  Heck, David Blatt almost had one and nobody even knew who he was last summer. 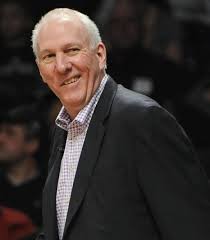 Pop is the exception to that rule.  He is the modern benchmark for NBA coaching greatness.  That’s why he now coaches LaMarcus Aldridge.  Tim Duncan would have been a great player without Gregg Popovich.  He just wouldn’t have been as great.

And so the Spurs reload, with aging veterans Tony Parker, Manu Ginobili and Tim Duncan, who all took less money so that rising stars such as Kawhi Leonard and Aldridge can take over the reins.   They have big shoes to fill.  The Western Conference boasts as much talent as it ever has.  But the Spurs are locked and loaded.

LaMarcus Aldridge will need time to adjust to his new role.  Championships aren’t handed out at free agency signings.  And while they may play similar positions, LaMarcus is not the next Tim Duncan.  No one will ever be.  The San Antonio Spurs know that.  LaMarcus Aldridge knows that.  The Ice Cream Man and I know that.

But he’s going to control that post just where Timmy did.  He might even knock down a bank shot or two along the way.  And if he can get even one ring while doing so, I think we can all agree he’d be happy with his decision to move back home, as will Pop, Timmy and all those who live within the confines of the NBA’s third smallest city.

11 thoughts on “Grooming the next Tim Duncan”