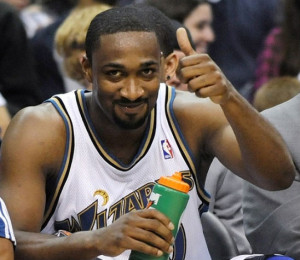 Gilbert Arenas is a former NBA player.  More commonly known for being suspended by the league for bringing firearms into the locker room and then mocking about it in a pre-game warm up, there was a time when Arenas could actually ball.

He just no longer does, at least not in the NBA.  Perhaps he should keep his talents to the fairgrounds and firing ranges where he’s having considerably more success.

Arenas took his children to the Orange County State Fair recently and will now need a new toy room in his house after finding a hot streak on the pop-a-shots.  As we can see from the picture below, Arenas was putting the biscuit in the basket with net-scorching frequency.  Like Kobayashi at an all-you-can-eat-buffet or any of my ex-girlfriends at a complaining competition, Arenas held an unfair competitive advantage.  No word as to whether the Knicks have offered him a contract.

Arenas was subsequently banned from the state park after taking home what appears to be every stuffed animal ever made.  And so we host yet another caption contest in his honor.

The winner of this week’s caption contest will receive the stuffed animal of your choosing (bottom shelf, right side only), some cotton candy, a hayride around the park with the bearded lady and one of those cheeseburgers that have glazed donuts for buns.  Cholesterol screening not included. 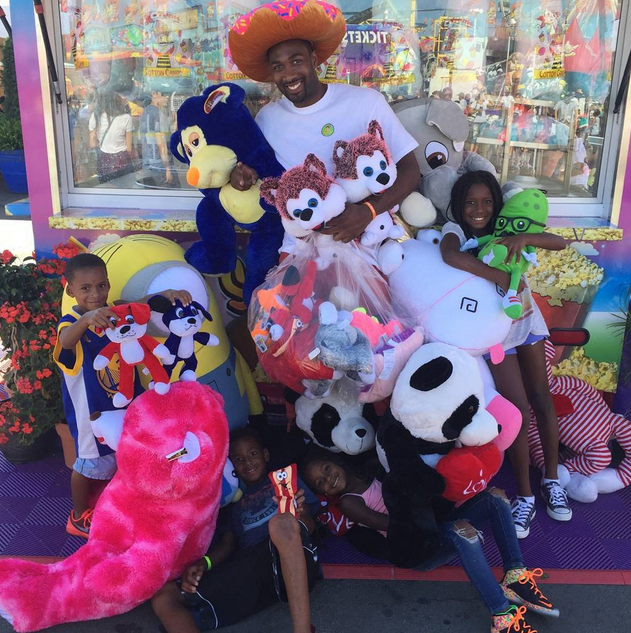