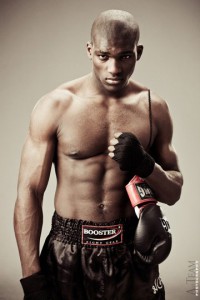 I’ve seen some knockouts in my day but what I saw the other evening, and what you’re about to witness right now, might just take the cake.

I wouldn’t necessarily say I’m a student of the game but I’ve watched my fair share of boxing matches.  If there’s a famous knockout in history, I’ve probably seen it or at least a replay of it.  I’ve seen most if not all of Iron Mike Tyson’s knockouts.  I’ve seen Ali’s Phantom punch of Sonny Liston.  I’ve seen every Rocky movie ever made twenty times over.  I’ve also caught a reasonable amount of UFC and MMA bouts.  And of course, I watch Ronda Rousey highlights whenever they’re available.

What Izu Ogonuh just did to Will Quarrie might top all of the above.

Ogonuh is an up-and-coming Polish heavyweight who recently made a name for himself with just… one… blow.  He’s currently undefeated at 13-0 with ten of those wins coming by knockout.  His latest victim, New Zealander Will Quarrie, will never forget the night he stepped into the ring with him.  He just might not remember the final punch.

In the second round of their heavyweight duel, the six-foot-three Ogonuh was sizing up his opponent.  Quarrie made the mistake of letting his guard down and ker-blam, what you’re about to witness is the best knockout I’ve seen in years.

Ogonuh hit Quarrie so hard, he’s got a new fan: me.