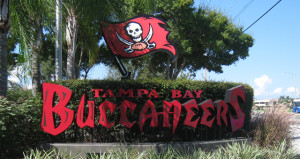 A good friend gave me his VIP tickets to the Buccaneers pre-season practice the other day.  Although I’m salivating over the upcoming NFL season like every other, red-blooded American and have been a Buccaneers fan for years, I’ve never been to one of their practices.  Chalk it up to my hectic work schedule and the 100 degree weather in which they generally practice, air-conditioning and sleep always seemed the better option.  Plus, the way the team has performed the last couple of years, I figured Buccaneer practices were just a myth.  We talkin’ ‘bout practice?!?  I just assumed they went out to Raymond James every Sunday and winged it.

That would certainly seem more believable.

Since my friend was gracious enough to give me his passes, I planned my entire Wednesday off around the new look Buccaneers with One Buc Place in focus.  I fully intended to write an extensive, pre-season outlook.

Instead, you get this.  The best laid plans of mice and men.

I received a text from another friend late the evening before, informing me that the Buccaneers had moved their 2:30 pm practice to 9:00 am due to inclement weather.  What, me early? 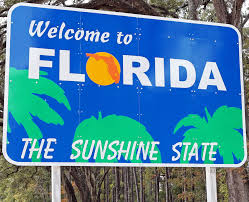 Now for any of you that live in the immediate Tampa Bay area, this adjustment should come as no surprise.  All we have is inclement weather.  We go from walking on the surface of the sun one minute to seeking shelter from torrential rain in another.  Good luck planning a round of golf.  Heck, it’s raining as I write this.

Lately it seems that lightning strikes in our beloved sunshine state are always one short step behind us.  I don’t know whether we’re getting record rainfall this summer but it certainly appears that way.  The weather has been so erratic that the lake across the street from me is almost overflowing.  The other day, I saw a snail outside my door… and I live on the third floor!  I quickly told that snail “No loitering!” and went on my merry way.

I understand the Buccaneers are looking to protect the (few) fans (they have left) but 9 am came early for the bartender who arrived home from work only five hours beforehand.

Needless to say, I slept in.

I awoke to pictures friends had taken of the Buccaneers practice, saying they had fun but also that the team looked disorganized.  Shocker.  I wouldn’t necessarily qualify that as a spoiler alert.  It still would have been nice to attend. 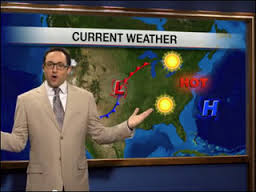 But what pissed me off more than anything was the weather that afternoon was glorious.  No rain out.  If only meteorologists knew what they were talking about.

The rain eventually came, AT FIVE O’CLOCK, which would have been more than enough time to evacuate the facility of players and fans for safety’s sake.  One of these days, I’ll learn the world doesn’t cater to the one who works at night.

So I wait to see my beloved Buccaneers… and for meteorologists to predict the weather with any sort of precision.  Accu-weather forecast, my ass.

The only things more inept than the Tampa Bay Buccaneers are the Tampa Bay meteorologists.  They’re literally wrong more than they’re right, kind of like me in any argument with women I’ve ever had.  I understand that weather, like football, is an inexact science but do you mean to tell me they can’t determine with any accuracy whether it will thunderstorm within the next 12 hours?  How far haven’t we come that we can’t predict the weather a few hours in advance?

When weathermen attend meteorology school or their seasonal, climate-related conventions far geekier than Comic Con, what exactly do they do?  Do they sit around coming up with educated guesses, learning how to perform stupid human tricks in front of a Chroma Key board and perfecting ways to fool the public into thinking they know what they’re talking about? 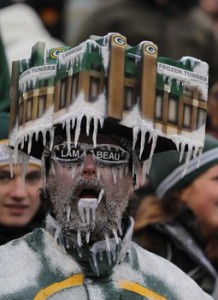 They come up with fancy-sounding names like Doppler Effect as if they’re any more adept at telling me whether or not I should carry around an umbrella when all I want to do is watch some football.

I guess I shouldn’t complain.  It is sunny here most of the time and it’s not like I have to attend a game shirtless in Lambeau Field in thirty below temperature.  And at least now I have a new pet snail.