Ladies and gentlemen, I once again proudly present the demented mind of Dr Milhouse…

[Fade in on what is obviously a teenage boy’s bedroom. Empty Pepsi cans litter the floor, posters of various Redskins legends adorn the walls, with a bed (without a frame) in the center in front of a large TV. JAY walks in, shrugging off his jacket.] 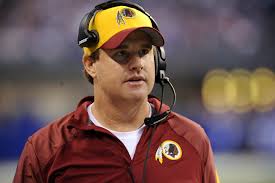 JAY: God Mom, I told you I’d be down for dinner later. Lemme just play one game. I waited in line an hour for my copy! XBOX ON!

[The XBox One comes to life and Madden 2016 springs to life. A picture of Odell Beckham Jr. flashes across the screen as Jay begins fiddling with the controls]

JAY: Okay, let’s try an Exhibition Mode game just to get familiar with the controls. Redskins, obviously…but against who? Let’s hit Random….okay, the Lions!

A game slowly begins as we fade in on RFK Stadium. The announcers go through the motions introducing the game as Jay flips through the instruction book]

[A brief pause as Jay realizes a mistake]

JAY: Wait….did I put the settings on Hall of Fame instead of Easy? Ah, whatever, it’ll be okay. I mean…it’s Detroit. What can they possibly do?

JAY: Oh c’mon ref! That was a late hit! Throw a flag or something! The linesman didn’t even block for him!

JAY: OH COME OFF IT! I TOTALLY HIT THE JUKE BUTTON! The game’s cheating!