So you think you know everything about sports?  Try entering one of my pick ‘em contests.

Before we get to the winner of this year’s MLB Divisional Pick ‘Em Contest, let’s take a brief look at some of the surprises from the baseball season, of which there were plenty, and I’m not even talking about Washington Nationals players choking each other out.  After the season they had, it’d be more surprising if they didn’t resort to violence.

At the beginning of the year, the majority of us, and pretty much everyone else on the planet, thought Boston, Washington and Detroit would run away with their divisions.  That didn’t happen.  In fact, Boston and Detroit finished dead last.  And Washington was so displeased with their season, they just fired their manager.

But those weren’t the only surprises this baseball season.  First of all, none of us picked the Rangers to win the AL Central.  They did. 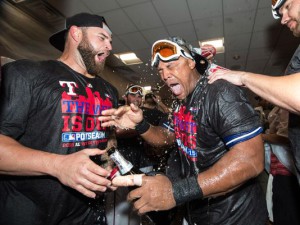 With Yaz picking two of those divisions correctly, you’d think he’d have won this thing.  You’d be as wrong as you were in picking the division winners.

Here are your final standings in reverse order.

In second to last place, we have D who put far too many eggs in her Detroit Tigers basket.  She got the Cardinals and Dodgers right but only wagered 2 and 1 points on them respectively for a grand total of three.

In third to last place, yours truly who only nailed the Dodgers winning their division correctly but wagered five points on ‘em.

Afterwards we have J-Dub with 7, Irish with 8, Yaz and Ronbets each with 9, Cardsshark with 10 and Dwindy with 12.

(Remember this is out of a possible 21 points, people.  Just sayin’.)

Finally, two people tied for first place with 15 points… but we can only have one winner.  To the tiebreaker we go.

Both Captain Tree and Dr. Milhouse earned 15 points but all-knowingly, Dr. Milhouse picked the Rays to win 81 games.  They won 80.  Tree’s tiebreaker was 74.

So to my good friend, fellow contributor and whiskey drinker, I congratulate you on knowing more about baseball than anyone else…. according to the internet.

And thanks for saving me the postage on the prizes.   I have a copy of Gary Cieradkowski’s “The League of Outsider Baseball: An Illustrated History of Baseball’s Forgotten Heroes.” and a t-shirt with your name on it.  I believe you know where to pick them up.

Thanks all for participating and as always, stay tuned for further opportunities to win more free stuff and prove once again how little we all know about sports. 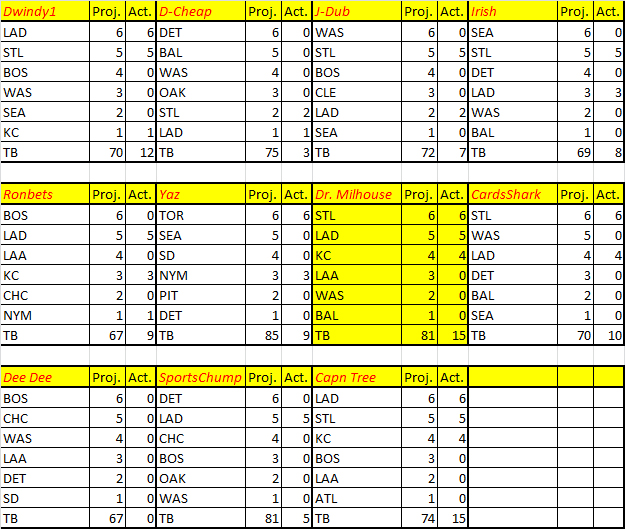