It may not have been my first real heartbreak but it sure as hell stung like it.

But we have to go farther back than that to understand how truly deep the wound cut. 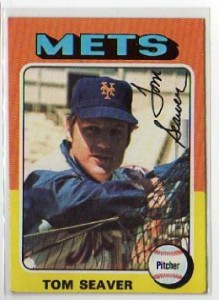 self-respecting New Yorker, I became a baseball fan at a very early age.  I started collecting baseball cards in 1975.  And the team I chose to follow was the New York Mets.

Most everyone in my family was a Mets fan, my uncle, my mother, my grandmother so it only made sense that I too became a Mets fan.

It was an easy team to root for.

Heck, I rooted for the Mets for much of my childhood.

We’ve discussed how a move to Providence, Rhode Island and many trips to Fenway Park in the late 1970s back when the Red Sox were legendary, changed my rooting interests to a Boston team, something very few New Yorkers could pull off or even admit.  But we were mobile, hopping from school to school and city to city wherever my mother could find work.  The Red Sox quickly supplanted my love for the Mets.  They were my American League team while the Mets remained my National League team.

I chose the Red Sox.  I chose wrong. 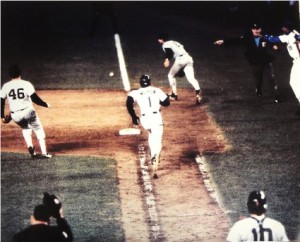 We don’t have to go into the gory details of what happened in that World Series.  It’s nauseating to recall.  Even with the redemptive World Series of both 2004 and 2007, 1986 left a scar that would heal but leave an indelible mark and a lasting resentment for my first baseball love.

I watched this most recent World Series between the Mets and the Kansas City Royals.  Even after all that had surpassed, the water under the proverbial bridge, I couldn’t bring myself to root for the Mets.  This was the very first team I ever rooted for.  But I just couldn’t.  The Buckner-Schiraldi-Ray Knight-Mookie Wilson-Gary Carter wound ran that deep.

This Mets team had nothing at all in common with the 1986 team other than the uniforms they wore.  They don’t even play in the same stadium anymore, Shea Stadium reduced to a parking lot.  Heck, most of the players on this roster weren’t even born in 1986.  But the losses in Game Six and ultimately Game Seven of that series were so painful, the hatred burns to this day.

My mother was a news reporter.  Television was prominent in our household.  One of our favorite shows growing up was The Mary Tyler Moore Show.  She was hysterical as was the entire ensemble cast. 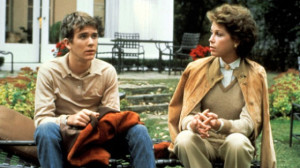 Moore later went to star in Ordinary People, a part for which she was nominated for an Academy Award.  Her role as the mother who couldn’t get close to her younger son after the loss of her older one was so convincing, so despicable and so detached that Mary Tyler Moore ruined me on Mary Tyler Moore forever, to the point where I can still barely stand to look at her.

If you’ve ever experienced heartbreak as a sports fan, and you can’t call yourself a sports fan if you haven’t, then you know exactly what I’m talking about.

It’s probably long past time I forgive and forget, and not take joy in these Mets losing the World Series the way they did.

Nah, fuck that.  And again, if you’re a sports fan, you totally understand.