“Gambling is illegal at Bushwood, sir.”

I’ve been puzzled by this whole online, fantasy football gambling, Draft Kings, Fan Duel thing for quite some time.

Something just seemed odd about it.

For example, if it is illegal for me, as a US citizen who resides outside the great state of Nevada, to gamble on football games, how should it be legal for me to spend my hard-earned money on fantasy football, where I’m not betting on the outcome of games but rather on the outcome of the players who play in them?

The difference is a very fine line. 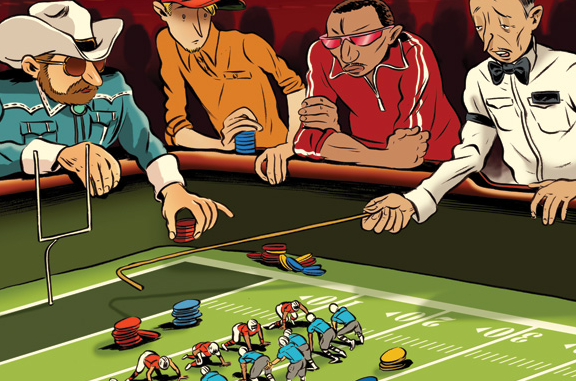 If you’re a regular watcher of ESPN such as I am, you’ve probably noticed that those two websites in particular, Draft Kings and Fan Duel, are heavy sponsors of the network.  Far be it from any of us to be surprised that the worldwide leader in sports has jumped head first on to the fantasy bandwagon.

Commercials for these ‘gambling’ websites tell stories of average Joes who have won thousands upon millions of dollars with seemingly little financial investment simply by picking a lineup that garnered them the most touchdown passes and yards gained on any given Sunday. 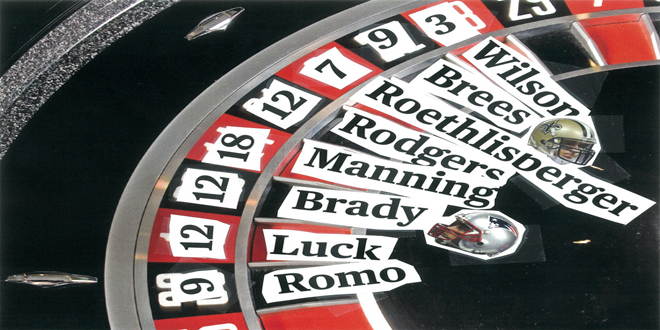 Because someone found a loophole that has gone unchecked and unmonitored for years, that’s why.

Well, that’s all about to change thanks to New York’s Attorney General Eric Schneiderman who tells us there’s little if any difference between the two.

Sorry, boys.  The charade is over.  I can just hear the Long Islanders in their basements now, cursing Schneiderman’s name just because he has a conscience.

There’s a scene in Stephen King’s sci-fi classic The Running Man where game show host Damon Killian, played ever so aptly by Richard Dawson, celebrates the only three men to ever win the game show’s contest.  These men successfully completed the challenge and live the life of luxury with super models and millions of dollars at their leisure.  We later find out it was all a ploy and those three contestants were actually rotting corpses.

Just like our hero discovered the whole thing was a scam, the state of New York just did their best Ah-nold by issuing a cease-and-desist order on these fantasy sites, calling this sort of gaming illegal.

Get your money out while you can, boys.  Your clock is ticking.

I’m not suggesting that the lucky few football ‘geniuses’ who these commercials tout as winners didn’t actually take home the amount of money the websites claim.  That would just be lying and we know unregulated gambling companies would never do a thing like that.  What these companies fail to mention, however, is how much each individual actually spends to win that money, as well as how much the countless others who dumped their cash into these endeavors lost with the hopes of being one of those lucky few. 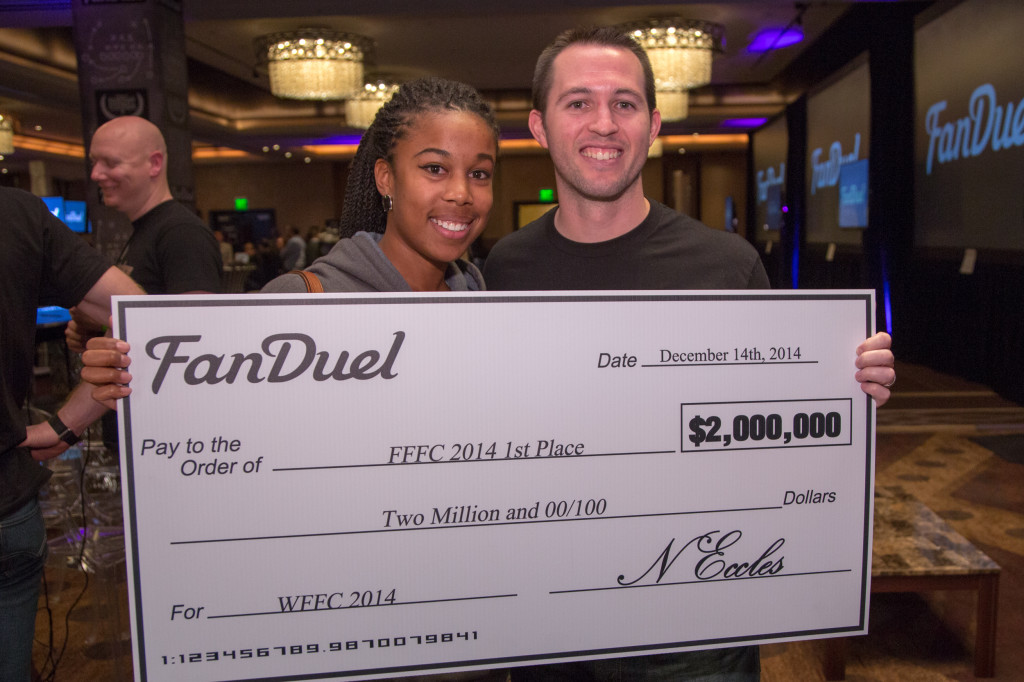 Rarely will a gambler tell you exactly how much he lost on a bad weekend, just like an alcoholic won’t tell you how much he’s had to drink.

I gamble on sports, frugally and within my bankroll.  I understand, however, that others don’t have that same discipline.  I’ve even put money, not much, into those accounts, all the while wondering how what I was doing was legal when I couldn’t just put fifty bucks down on a team to win on the same site.

What, I ask you, is the difference?  Schneiderman claims there is none.

In their defense, fantasy football gambling websites state their games are games of skill and therefore do not fall under the Unlawful Internet Gambling Enforcement Act.  Those must be some slick talking lawyers.  They must also be well-paid considering the billions of dollars their clients make on your average autumn weekend.

As I’ve stated in the past, I gamble on sports but I also understand why rules on gambling exist, just as rules on alcohol, drugs and other things that are potentially bad for us.

These laws are in place to protect us from ourselves.

I’m no Law and Order fan (clank clank) but I have a feeling this is going to end badly for the fantasy sites, like shutting down the Boiler Room, at least until they carve another loophole.  At best, these sites can now expect to be heavily regulated which again, I don’t have a problem with.  I cut off customers at the bar if they’ve had too much to drink.  What’s to stop a gambling site from preventing one of its clients from doing the same thing to protect his interests?

This is all about to get interesting.  Expect a John Grisham novel based on these goings-on soon.

19 thoughts on “Waging the war on wagering”