I’m no football coach.  I never played the game.  I’ve never taught the game.  But I’ve watched plenty of football in my day.

One thing I know is that as much as the game may have modernized, as much as new players, coaches are concepts are constantly being introduced into the game, some things will never change.  Sometimes, a little old school goes a long way.  Pound the ball with a good, strong, talented back and you’re going to win yourself a lot of football games.  Three yards and a can of whoop-ass.

Last Saturday, in the SEC Championship game, the heavily favored University of Alabama Crimson Tide took on the underdog University of Florida Gators.  In fact, Alabama was such a heavy favorite that you had to lay 17 points if you wanted to place a wager on them.  There’s a reason for that.  Aside from being the more talented team, Alabama has a running back named Derrick Henry. 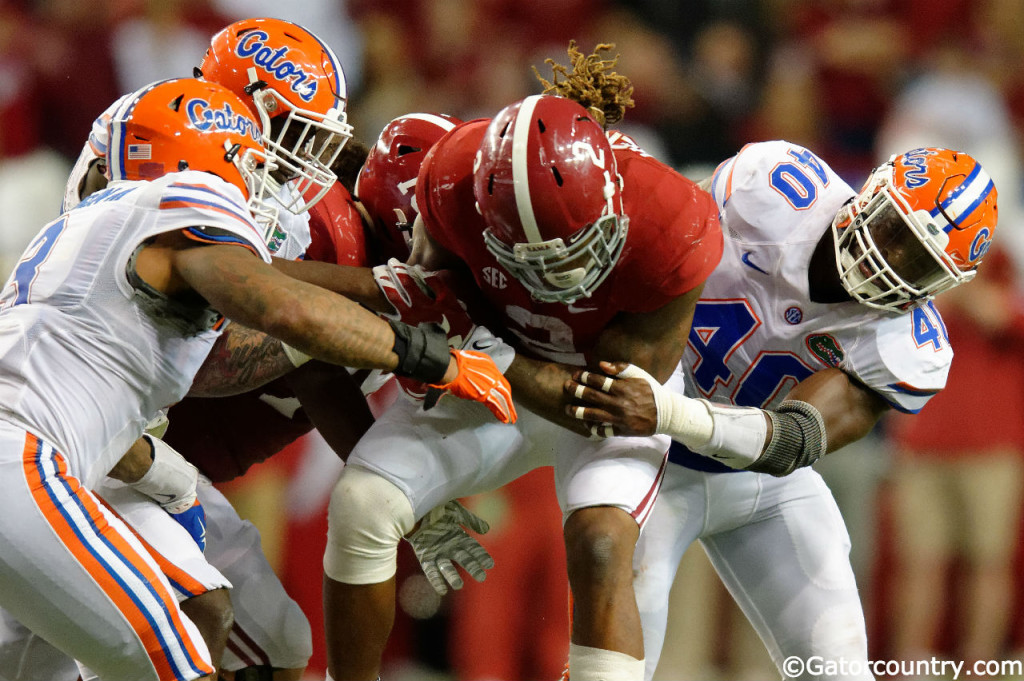 Derrick Henry is a freak.  He stands six-foot-three and weighs two hundred thirty-eight pounds.  He may not be the odds on favorite to win the Heisman Trophy this year but he’ll be at the ceremony, that’s for sure.

If he does take home the hardware, Henry will be the first running back to win it since Mark Ingram, another former Alabama player, who did so back in 2009. And while Ingram won a national championship, like Henry still might, and has had a successful NFL career, make no mistake about it, Henry is the better back.

Saturday night, Henry broke Herschel Walker’s single season rushing record, which stood for thirty years.  He leads the nation in rushing yardage (1,986), carries (339) and touchdowns (23).  I worked that night so I didn’t get to watch much of the game but every time I glanced up at the screen, I saw the same thing.  Derrick Henry, head down, running over defenders until he was finally brought down.  Then he was given the ball again.  And again.  And again. 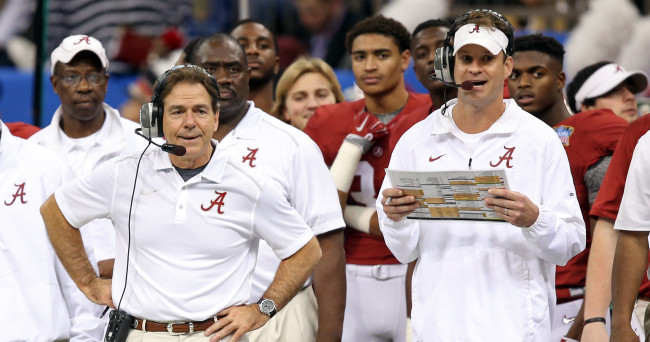 I can see Nick Saban in his pre-game brainstorming session with the rest of his coaching staff, all sitting around and coming up with an ingenious game plan of how to beat their eastern rivals from the sunshine state.  They sit around in their crimson shirts scratching their heads until the evil genius finally suggests “Hey, why don’t we just run the ball?”

This isn’t rocket science.  If you have the best player on the field, you get him the ball.  That’s what Alabama did.  44 times.

Running backs aren’t taken high in the draft anymore.  In fact after yet another Alabama running back who turned out to be a bust, Trent Richardson, was taken third overall in the 2012 draft, teams are leery to mortgage their future on a back who might not work out.  Teams can find far better value, and pay players less, by finding steals in later rounds.  In fact, no running back has been selected first in the NFL draft since, wait for it, Ki-Jana Carter in 1995, which is amazing if you consider how important the position is to a team.

Either way, two NFL teams that are likely in need of some backfield help are about to get it.  Henry’s only a junior.  Fournette’s a sophomore.  But make no mistake, these two gentlemen will go early and make two NFL teams very happy. 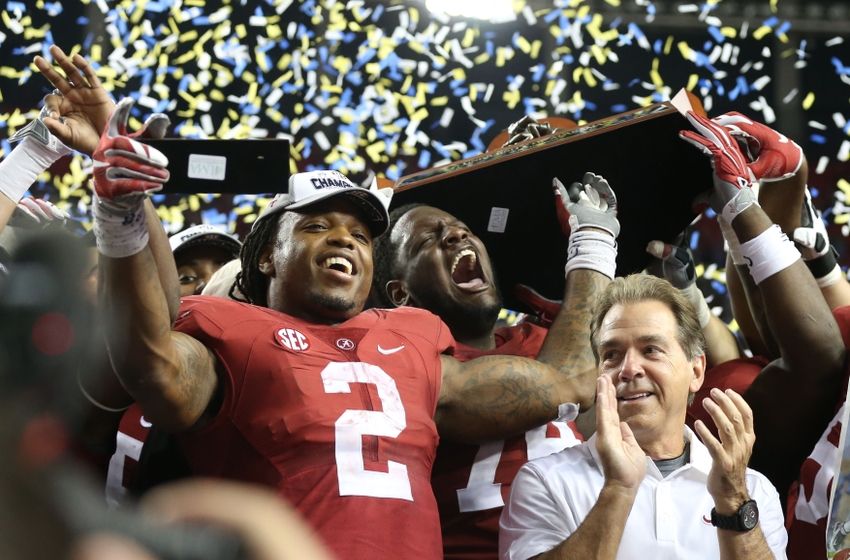 Alabama is a traditional program.  It doesn’t get fancy.   There is no magic potion.  There are no bells and whistles.  Alabama simply says we are going to run Derrick Henry down your throat.  They will continue to do so on their way to a championship while two more teams will do their best to stop him.

Florida did its best.  It wasn’t enough.  Henry still got his.

And he will continue to do so as long as he’s handed the football.