Any successful business owner will tell you they don’t want to hear complaints from their employees.  They want solutions.  Routinely present well devised plans to your supervisor instead of bitching in their ear and you’ll find yourself on the fast track to upward mobility.  The last thing your boss wants to hear is how the guy in the cubicle to your left breathes too heavily or how he ate the last croissant in the break room.  I’m pretty sure that as the owner of your business, he has more important things to worry about.  Remember, friends.  No obstacles, only opportunities. 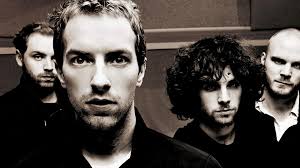 While catching up on my reading the other day, I stumbled upon a friend’s article which touched upon this year’s Super Bowl halftime performer: Coldplay.  All I could think about was how we fans bitch about the halftime performance year after year without offering any solutions.

The Black Eyed Peas kicked ass.  They’re one of the more talented hip-pop artists out there.  They were lambasted.  Bruno Mars played basically every instrument known to man.  Heck, he even brought out the Red Hot Chili Peppers to jam with him.  You might as well have booed him off the stage.  And let’s not even touch upon the wardrobe malfunction that shook up the world #nipplegate.

So I’m here to offer up a helping hand.  Knowing you can’t please everybody all the time, I have come up with a sensible plan to appease the masses.  After all, we at SportsChump are progressive thinkers.  We just don’t get paid as such.  Well, that’s all about to change as I’m expecting a phone call from Commissioner Goodell on this one soon.

The Rock and Roll Hall of Fame broke ground in Cleveland, Ohio in 1983.  It was basically God’s gift to Cleveland for, you know, being Cleveland.

Just as in sports hall of fames, the Rock and Roll Hall of Fame announces its inductees annually.  For example, this year, Steve Miller, Deep Purple, NWA, Chicago and Cheap Trick (more on this in a later post) are all being inducted into the Hall. 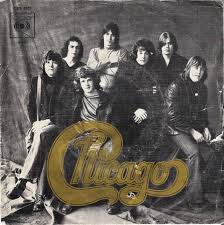 I say put them all together and have them play the Super Bowl half time show. Don’t tell me that wouldn’t be absolutely kick ass.

What, they’re busy?  Fuck that.  This is the Super Bowl.  Everyone in the nation is watching.  What could be more important than the most watched sporting event of the year?  Reroute your tour bus to make sure you play a couple tracks at the biggest of all games.  Chicago can open with “Saturday in the Park,” which would meld into Deep Purple’s “Smoke on the Water” into Steve Miller’s “Fly Like An Eagle” only to be topped off with NWA’s “Straight Outta Compton.”  I want you to want ME!!!

How does that show not bring the house down?

For some ungodly reason, someone decided to nominate Coldplay as this year’s halftime show.  Look, I love a good nap as much as anybody but not during the Super Bowl.

Still don’t think my HOF suggestion is a good idea? 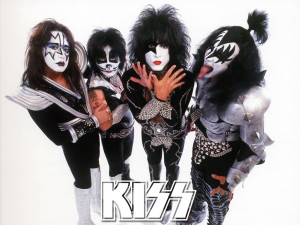 2015’s line up would have included Joan Jett, Green Day and Bill Withers.  Unfortunately Lou Reed and Stevie Ray are no longer with us but don’t tell me the living inductees couldn’t have rocked “Walk on the Wild Side” or “Couldn’t Stand the Weather.”  2014 would have thrown out Cat Stevens, Linda Rondstadt, Hall and Oates, Peter Gabriel and Kiss.  2013?  Public Enemy, Rush and Heart.  Yes please!

These are all established musicians whose contributions to modern art are unparalleled.  I say we celebrate them by giving them the biggest stage of all.

So you can keep your Coldplay, whose eventual nomination into the RnRHOF I’ll probably protest.  Until they figure this mess out, you can find me at halftime expressing more interest in the seven-layer dip.