Alright, let’s take a stab at this weekend’s games.

I took last weekend off, using the rather lame ‘my crystal ball was in the shop’ excuse but you already know how I wagered if you read how two godforsaken kickers cost me a small fortune.

In retrospect, I liked the four teams that won.  I just wasn’t sure if they’d all cover.  Besides, picking all four road teams to win the opening round of the NFL playoffs takes cojones, which I believe is Spanish for tiny footballs.

Now we’re getting down to the nitty gritty.  There are only seven games left and I’ll be honest, like most of you, I haven’t a clue about who will win this weekend’s games.  Odds makers are favoring the Pats and the Broncos but I can only tell you how I’m going to wager… by crossing my fingers and hoping for the best.

What’s most surprising about this game is that the networks didn’t put it in prime time.  After all, we are dealing with America’s team.  Sorry, Jerry Jones.  I guess it’s an East Coast/West Coast thing.  Putting the Pats on at four is like airing the President’s State of the Union address on Tuesday afternoon.  Either way, the entire country will be watching.  It’s the playoffs.

The Patriots are banged up.  Rob Gronkowski is still iffy after a week off but my guess is he’ll play.  Even with a healthy Gronk, it’s not like the Pats have a huge advantage at the tight end position.  Travis Kelce had himself one helluva season.

At the receivers spot, both Julian Edelman (NE) and Jeremy Maclin (KC) are listed as questionable.  Even though New England passes the football more than most, KC will miss Maclin far more if he’s unable to go.  He’s their leading receiver and is far less interchangeable to the Chiefs than the moving pieces New England tends to shuffle around. 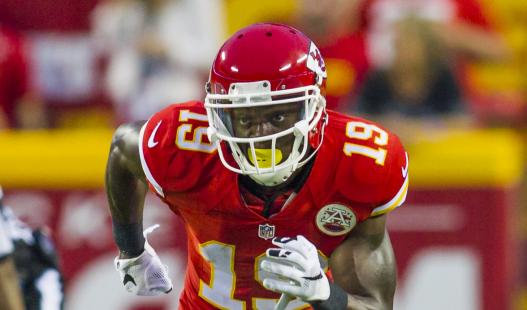 I’d like to say the coaching advantage goes to the Pats here.  After all, it generally does.  But I can’t say that about Andy Reid who has coached these Chiefs to eleven straight wins.  Reid’s not the kind of coach who’s going to fall for Belichick’s banana in the tailpipe routine.

This will be a hard fought game.  I definitely don’t foresee a blowout.  The Chiefs know what they have in store and it’s not going to be easy.

I can’t imagine many people are picking the Chiefs but pay no mind to that.  I’m taking the five.  While the Pats may still win this thing, I don’t see them doing so by a wide margin.  If I’m getting the hottest team in football and five points, well, that just seems too good to pass up.

The betting public likes the Packers.  That’s why they were only one point road dogs last week against a division winner and that’s why this line isn’t larger.  Remember, the Cardinals are 13-3 and beat these very same Packers by thirty only three weeks ago.

I picked the Cards to cover in that game.  My feeling was that the Packers, knowing they would likely face the Cardinals in the playoffs, weren’t going to show their hand. They knew the more important game was the one in Minnesota in Week 17, not the one in Arizona in Week 16.  Either way, they lost them both yet still made it into the playoffs and are now right where they want to be despite having what most would consider a sub-par season.

None of that matters.  What matters is whether their porous defense can stop one of the season’s most potent offenses. 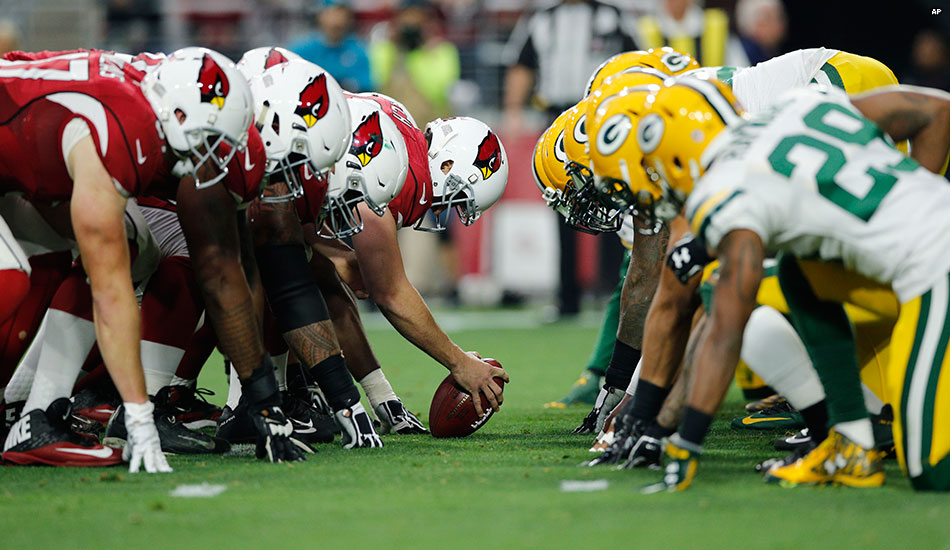 This is the playoffs and as underachieving as Green Bay was all season, I’m once again taking the points.  While another ‘Zona blowout wouldn’t surprise me entirely, neither would the upset.

The Panthers went 15-1 this season.  By all accounts, they were the best, or at least most consistent, team in football.  They also boast your league MVP in Cam Newton.  So how are they rewarded after a bye week?  By having to host the very scary, uberly hot Seattle Seahawks.  Hey, to be the best, you’ve got to beat the best and that’s exactly what the Seahawks have been in the NFC lately, making it to two straight Super Bowls.

Don’t think this team will be intimated by a 15-1 record.  Much like the Green Bay Packers, Seattle found their way into the playoffs and then into the second round, not that that surprised anyone.  They’ve won seven of their last eight thanks to the hot hand of Russell Wilson and the Legion of Boom finally playing like everyone expected.

They eked out a win last week thanks to an errant 27-yard field goal attempt that went so far left, even Bernie Sanders was offended.  I can’t see them not taking advantage of a new lease on life. 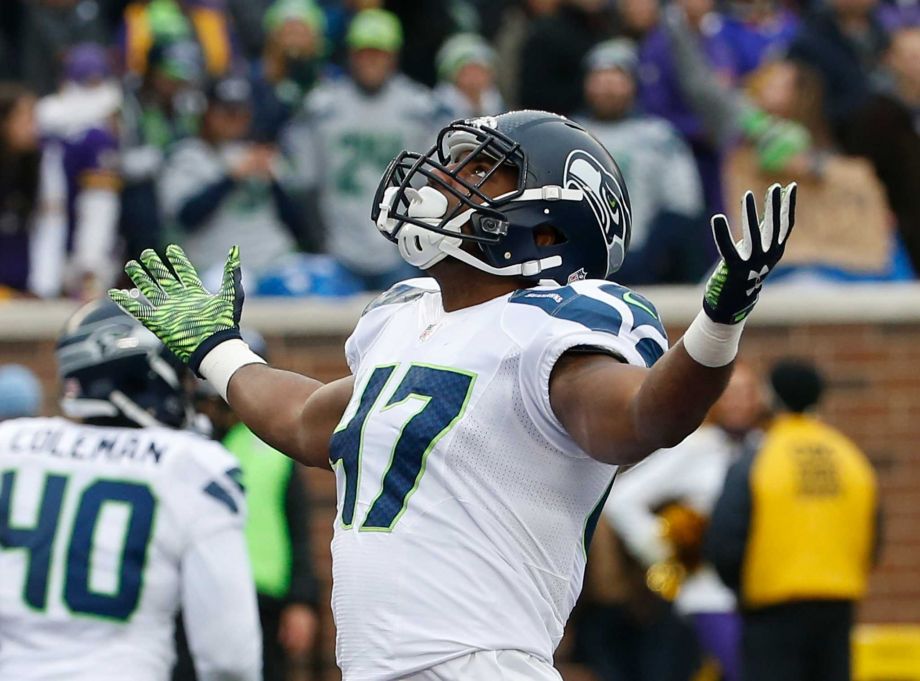 There’s a reason the best team in football is laying less than a field goal against a six-seed.  It’s because they’re playing the Seattle Seahawks.  Now that they’ve thawed out from that frigid Minnesota weather, they’d probably play shirtless in what should be considerably better weather conditions.

I know you’re sensing a theme here with me picking nothing but underdogs so you probably won’t be surprised that I’m taking Seattle and the points.  Again, I’m not crazy about it but I picked Seattle to make the Super Bowl at the beginning of the season (I also picked Indy!) so I’m not about to stray from that now.

Cue the mouth of Richard Sherman as they go into Carolina and shake up the world.

Last but certainly not least, we have the Steelers heading into Denver to face the not-Brock-Osweiler led Broncos.  That’s right, two weeks ago Peyton Manning returned to save the day and remind everyone this was his team by winning their final game of the season.

Ben Roethlisberger on the other hand is nowhere near as healthy.  In fact, he’s still listed as questionable.  He’s got a sprained AC joint (I thought they only had those in cars – wait, do they have those in cars, right?) and a torn ligament in his shoulder which means he’ll have more needles stuck in him this week than Pinhead in all those Hellraiser movies.

It’s still the Steelers though and as good as the Broncos have been all season long, the Steelers have been one of the more frightening, albeit inconsistent, teams in the league.

Landry Jones doesn’t give Steelers fans a warm and fuzzy particularly after that nearly season-ending interception he threw last week but the Steelers, as they always do, eked one out.  After all, they were playing the Bungles.  This time around, the Steelers will need more than just an undisciplined opponent to leave a visiting stadium with a victory. 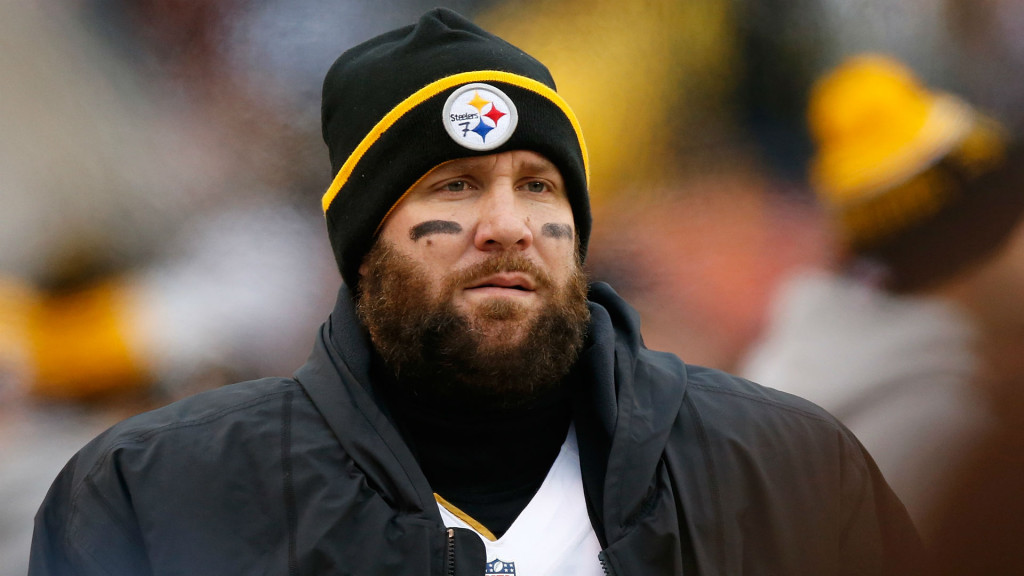 There is no official line yet for this game considering Big Ben’s status is uncertain.  I listed the line above at seven because that’s what Yahoo Sports had it at but I could not confirm the accuracy of that number with any other online services.

But if I’m getting seven, which I probably won’t be if Big Ben suits up, I’m going to have to take it.

Last week, we saw something we’ve never seen before: four road teams go into opposing stadiums in the opening round of the playoffs and win.  Let’s just say I wouldn’t be entirely surprised if we see that again this week.

History is for the making, my friends.  So much for your home field advantage.

7 thoughts on “Round 2 predictions: The NFL Playoffs continue”