Twitter has a tendency to kick a man while he’s down.  They had no better opportunity to do so than Sunday afternoon when the Seattle Seahawks traveled to Carolina but forgot to get off the plane.

The third of the weekend’s four football games turned into a bloodbath early.  At halftime, the Carolina Panthers led the 31-0 over the NFC team that had been to two straight Super Bowls.  It became evident early there would be no third straight.

Taking to Twitter suddenly became more entertaining than the game itself.

After scoring 24 unanswered points in the second half, the Seahawks made Carolina fans nervous but in the end, the deficit was too much to overcome.

Here are some of the more brutal Tweets that emerged from thirty minutes of football Seattle fans would rather forget.

At this current rate, the price of a Panthers touchdown ball on EBay is going to take a significant hit. 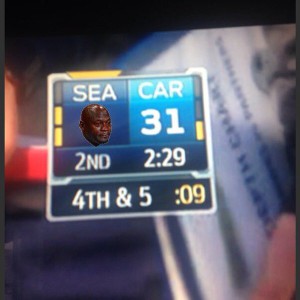 In the spirit of non-violence, this game should be called.

Just want to thank you for letting me get in the much needed 2pm-4pm Sunday nap, @Panthers. 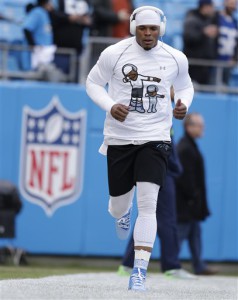 For the first time in his NFL career, Cam is actually being disrespectful.

Thank Blair Walsh for saving you this embarrassment.

Macklemore:  “Who’s bird is that?”

I don’t want to say Seattle’s window is closing but Cam and the Panthers are certainly giving it a hearty shove in the downward direction.

Hitler in the bunker with a pistol and a bullet had a better chance of pulling out a victory than the Seahawks right now.

Seahawks fans. Please be sure to exit the bandwagon in a calm, orderly fashion.

What the Seahawks need right now is a DeLorean and a Flux Capacitor. 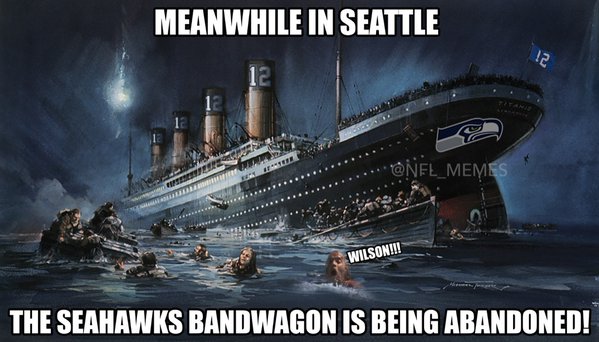 Charlotte has never seen a bigger wreck than the Seahawks today, and it’s the home of NASCAR.

Just getting home. Looking forward to cracking a beer and settling in for an afternoon of competitive playoff football! 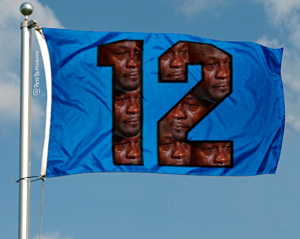 Seahawks gained more yards on the ground running back into the locker room than they did all half.

Legion of whom? #Seahawks

12 thoughts on “Twitter reacts to ugly first half of football, douses Seahawks with unkindness”