Somewhat surprisingly, the Golden State Warriors were three point underdogs Monday night headed into Cleveland.  It was the first time all season long Las Vegas didn’t consider them a favorite.  After a thirty-four point dismantling of the Cavaliers, Monday will probably be the last time you’ll see the Warriors as underdogs until they travel to San Antonio.  (FYI, that game takes place on March 19.  Mark it on your calendar.)

Whatever odds maker thought the Warriors were three points worse than the Cavs that night is probably looking for another job right now or at least brushing up on his basketball. 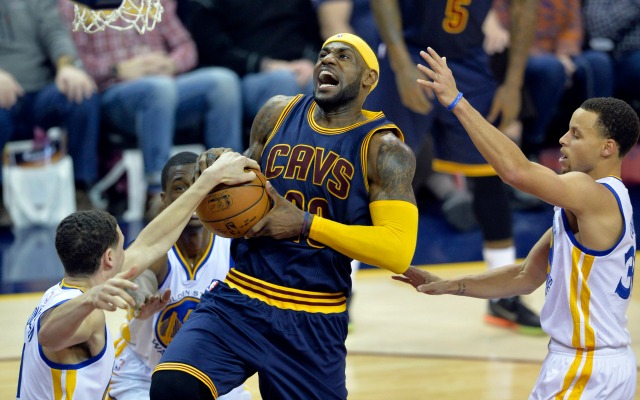 The Warriors throttled the Cavs so badly that the game was never in question.  They led by thirteen points after the first quarter and twenty-six at the half.  By game’s end, Steph Curry had scored 35.  Draymond Green missed a triple-double by three rebounds.  Speaking of the number three, Kyrie Irving made only three shots that night and Kevin Love finished with three points.  I guess that finally puts to rest the argument that their presence in last year’s Finals would have made a difference.  From the looks of what happened Monday night, it would have made things worse.

I’m not sure I recall a regular season loss demonstrating so clearly that a team presumably headed for a championship run needed to so heavily tinker with its roster.  If the NBA Finals resemble anything like that game, about a million other viewers and I will find something far more entertaining to watch.

Cleveland is now rummaging through the waiver wires and other teams’ rosters to see who they can acquire to match what has become the baddest team in the league, the Golden State Warriors, who are now a rather frightening 39-4.  On Wednesday, they beat Chicago, in Chicago, by 31.  Chicago is the third best team in the East.

Every time the Warriors step on the floor, they chase history.  Meanwhile for Cleveland, it’s back to the drawing board. 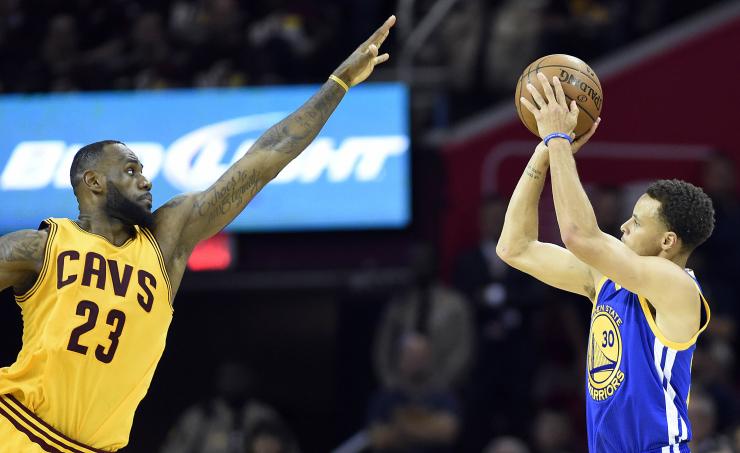 After Monday’s game, LeBron James, Cleveland’s unquestioned leader and former face of the league (until Steph Curry wrestled that moniker away from him) said this just shows how far they have to go.  The only problem is there’s not that much time left to get there.  The season is officially half way over and while the Cavs remain the best team in the Eastern Conference, the gap between the top team in the East and the top team in the West might never have been as large.  In other words, LeBron’s clock is ticking.

NBA analyst and former sharp shooter Tim Legler talked about the loss the other night.  With Golden State not going anywhere, San Antonio not too far behind them and Oklahoma City a scary third option, he doesn’t see the Western Conference top teams giving an inch any time soon.  And while those teams beat each other up to get to the Finals with Cleveland traveling through a relatively easier Eastern Conference playoff road to get there, Cleveland is simply not as good.  Not anywhere close.

Then Legs said something that was as much of a gut punch as Craig Ehlo slumping to the floor after a Michael Jordan jumper.  Legs said that he could see LeBron finishing his career with a Finals record of 2-10.  Ouch!  That is NOT what the city of Cleveland wanted to hear.  But you know what?  It’s a distinct possibility.

LeBron James, arguably the best player in the league (although that argument is getting harder and harder to justify), is not progressing like he used to.  Steph Curry is.  For seven straight seasons, LeBron’s field goal percentage increased.  Last year was the first year to break that string.  Chalk it up to really bad timing.  Maybe Cleveland is cursed after all. 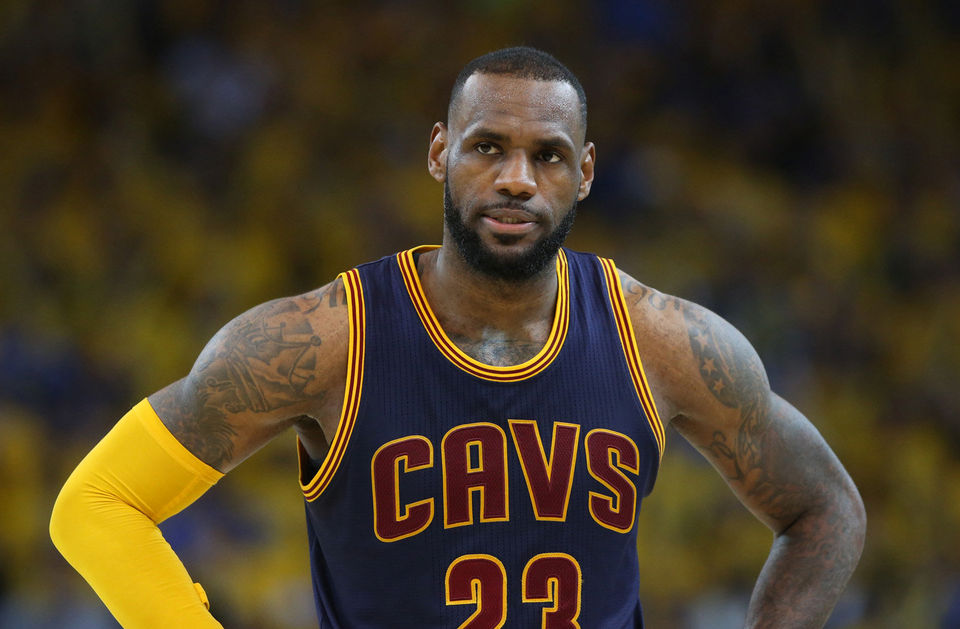 The Cavs will likely make a semi-blockbuster deal to shake things up a bit.  Kevin Love’s name has even been mentioned as a part of it.  It won’t matter.  This side of Kevin Durant, there is nobody that Cleveland can acquire that will intimidate the Golden State Warriors.  They are just too deep, too fluid and too determined.  While chasing the league record of 72 wins in a season is fine and dandy, make no bones about it.  This team has their eyes on a bigger prize.  They want another title.

We’ve seen some great athletes this generation.  Peyton Manning is one of the best quarterbacks we’ve ever seen.  He has one lone Super Bowl ring.  He’s currently going for his second.

I’m not counting them out but damn if they don’t have a long way to go to even make anyone think they can stay on the same floor as the Warriors, the defending champions who are far and away the better team.

LeBron will go down as one of the best players to ever play this game.  But two and ten?  That’s not the way he’ll want to be remembered.  It’s looking like he might not have a choice.

14 thoughts on “Two and ten: The frighteningly bleak future of the Cleveland Cavaliers”