If you’ve subscribed to this website since its inception, you’re probably wondering what’s taken me so long to write about the current Dwight Howard situation.

There was a point in time where I regularly wrote about our Dwight.  It’s been years actually, since his signing in Houston in 2013, that I’ve even mentioned his name but prior to that, he appeared in 64 posts.  It was a clean break between me and Dwight so bringing him up again now feels good in a cleansing, I told you so kind of way.

Having lived in Orlando for ten years, I became quite the avid Magic fan.  From the Shaq and Penny days to the T-Mac era and on to Dwight, Orlando saw themselves a slew of contending teams.  Two of those teams made it to the Finals.  Neither won it all. 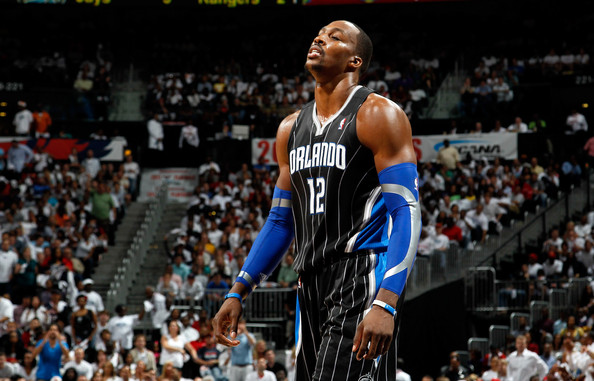 That second team that made it to the Finals was built around a young Dwight Howard.  He was their center and their centerpiece.  The Magic drafted him first overall in 2004, a move that was quite controversial if you recall.  Emeka Okafor had just won a national championship at UConn.  He was largely considered to be the consensus number one pick.  Nobody had heard of this high school kid called Dwight Howard.  They just knew he was good… and big.

The Magic made the right choice by going with Howard and the rest is history, some of it very good, much of it disappointing.  This story doesn’t have a happy ending.

The year Howard took the Magic to the Finals, he was unstoppable.  He was putting up 20-point, 20-rebound games on the regular.  In his eight seasons there, he led the league in rebounding four times.  He was also a beast defensively, in 2009 becoming the youngest player ever to win Defensive Player of the Year.  On their way to the NBA Finals, the Magic would beat the defending champion Boston Celtics and the LeBron James-led, top-seeded Cleveland Cavaliers.  Neither team had an answer for Dwight.  Orlando’s luck would eventually run out when they faced Kobe Bryant and the Lakers in the Finals but the future looked bright in Central Florida.

In fact, LeBron James excluded, there was once a time that if you asked an NBA fan what one player they would opt to build a team around, their answer would be Dwight Howard.

Years later, you’d be hard-pressed to find a GM who even wants him on his team.

A lot has happened since 2009.  And it all started when Dwight Howard got Stan Van Gundy fired. 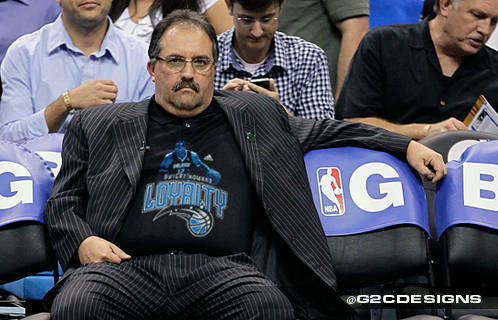 Let’s travel back in our time machines to a year or two after those NBA Finals.  Things had gone sour in Orlando.  The team never quite lived up to its promise.  Dwight Howard proved unable to shoulder the load after a few key pieces were traded away and it ended in frustration.  In the NBA, it’s rare that any coach can survive when he loses the support of his superstar.  After all, coaches are a dime a dozen.  Not good ones, mind you but they are far easier to find than athletic seven-foot centers.

So Stan Van Gundy and the Magic parted ways and that’s where we first got a glimpse into Dwight Howard’s character.  His beaming, bright smile was nothing but a façade.

Dwight later left to Los Angeles, meaning the Magic now had neither Van Gundy nor its star center, a player for whom the team had basically built a brand new arena.  Howard traveled westward to the Lakers like another big name center who had played in Orlando before him.  Shaquille O’Neal had won three titles in L.A.  It appeared Dwight was destined do the same.  Meanwhile, Magic fans back East were left with nothing but Laker envy.

Alas, those titles never came in Los Angeles.  The Lakers had just won back to back titles in 2009 and 2010 but the Dwight experiment never worked.  His lone season there was a bust.  He was never able to cohabitate with Kobe, Steve Nash or head coach Mike D’Antoni.

The following off-season he signed with the Houston Rockets, another team with a history of centers leading them to Finals.  It looked like he had finally found a running mate with the bearded sensation James Harden but if you’ve followed Dwight and his attitude over the years you’d know the Houston experiment would end badly as well. 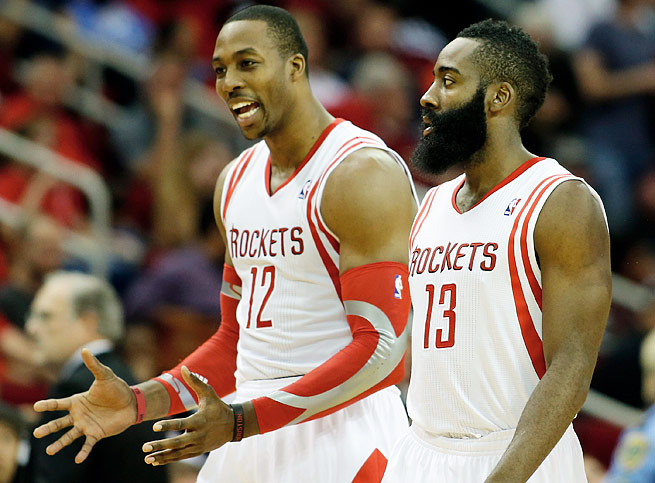 Dwight just can’t play nicely with others.  Not with players, not with coaches, not with anyone.

So now rumors come about that Dwight wants out of Houston.  Shocker!  The only problem is aside from the fact that his reputation now precedes him, he makes a relatively un-tradable $22 million a year.

Now in his 12th year in the league, Dwight is no longer the 22-point, 14-rebound player he once was.  In fact, this year, he’s not even averaging 15 points a game, and if you ask Dwight, that’s probably because his teammates shoot too much.

For years, I argued that Dwight never developed a post-game, that his game was far more suited to a pick-and-roll style offense.  Furthermore his free throw shooting was a liability.  If you can’t have your best player on the floor in crunch time, then what exactly is the point of having him in the first place?

So, if you’re a contender in the NBA and are looking to make a run, knowing what we know now, would you still take a chance on Dwight Howard?

Amazingly, the answer is probably still yes for a number of teams.  Again, seven-footers, even ones with crybaby attitudes, do not grow on trees.  Not that they can afford him, but don’t you think that the addition of Dwight to the Cleveland Cavaliers would immediately make them more of a formidable contender than they are now?  Don’t get me wrong.  We are all predicting them to make it to the Finals but no one in their right mind thinks they can beat the Warriors.  Adding Dwight would at least make the Finals more interesting.

If I were a young team like the Boston Celtics, I wouldn’t take a chance on adding an attitude like that.  Why spoil a good thing?  But if I’m a team like Chicago, who also can’t afford him, or Miami, who could, I’d give it a shot.  After all, he’ll probably be gone in a year so why not?  Personally, I think Dwight to Miami would make things VERY interesting in the East.  Cap-wise, I’m not sure what other teams can afford him without moving some of their heavy artillery but it’s become clear that at 27-28, Houston has a problem.  And his name is Dwight Howard.  They might as well make him somebody else’s.

Last year, Houston went 56-26.  This year, they’re on the verge of missing the playoffs.

As this season progresses, it’s becoming more and more obvious that the team to beat is the Golden State Warriors.  If you think adding Dwight Howard for the rest of your season might increase your chances of beating them, then you might as well go for it.

Just know what you’re getting yourself into.

9 thoughts on “Dwight Howard: The seven-foot gift that keeps on giving”