The NFL has another very important decision to make soon.  This one has nothing to do with whether a player stepped out of bounds or if a pass should be ruled incomplete.

Cleveland Brown quarterback Johnny Manziel allegedly struck his girlfriend.  Since precedent has been set lately with regards to domestic violence, you’d think this would be an open and shut case but with the NFL, you never can tell.

In the words of Warner Wolf, let’s go to the video tape.

In case you haven’t figured this out by now, Johnny Manziel is a troubled soul.  Over the past few years, we’ve heard stories about how he’s partied in Vegas, been late to team meetings, showed up hungover and ill-prepared and yes, even wore a disguise into a nightclub only to be found out when he had to use his own credit card to pay the bill.  Aside from having a party problem, apparently he’s not the sharpest knife in the drawer either. 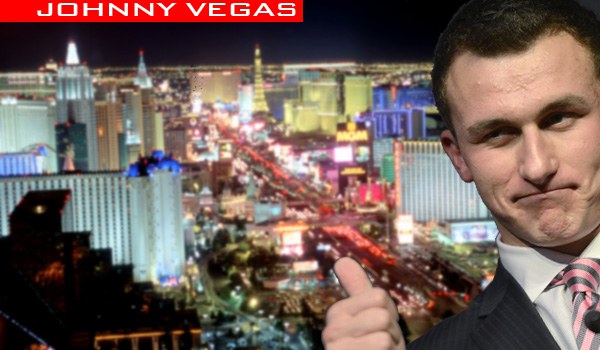 That’s all fine and dandy.  People often struggle with the cult of personality but we all knew this sophomoric at best and life-threatening at worst behavior was going to end badly for Johnny eventually.  The kid’s got a severe drinking problem and some deep-seeded emotional issues.

Now there’s apparently video, already in police custody, that may show him striking the woman he’s seeing.  And that, my friends, is a whole different ball game.  Party all you want.  We’ll just assume you’re a lush.  Get drunk and smack a girl, however, and you deserve every bit of misery you encounter.

It wasn’t all that long ago that former NFL running back Ray Rice became a household name, not for scoring touchdowns but for knocking his girlfriend unconscious in a hotel elevator.

The NFL became a laughing stock for how it mishandled the case.  We don’t need to relive the details of one of Goodell’s finer moments.  The bottom line is that, with Rice, the NFL needed to re-address how it handled domestic violence disputes among its employees. 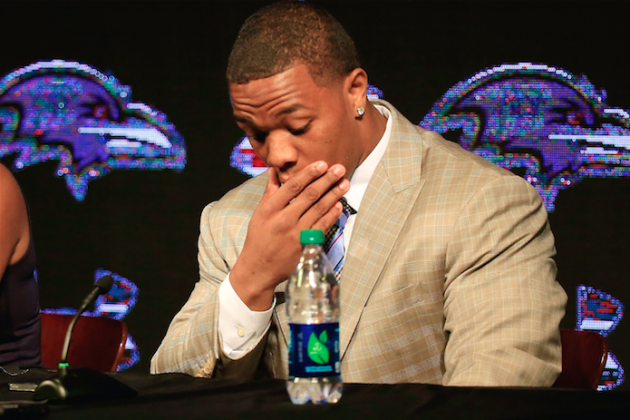 After initially suspending Rice for only two games, video of the incident emerged from a source other than the league.  After witnessing the video, America became disgusted with how lightly the league took the incident.  The NFL had either seen the video and not acted accordingly or not seen it and not done their due diligence, both of which were irresponsible and unforgivable.  The NFL ultimately devised a new policy where a player would be suspended six games for his first domestic violence offense and banned for life for the next.

Finally, a stand, however, considering the NFL can’t even determine what a catch is, it will be interesting to see how they rule in the Manziel case, especially if it’s anywhere as gruesome as the Rice video.  They better rule right because it’s only a matter of time before TMZ, the NFL’s bane, makes this video public.  America is waiting.

We all get that we’re going to spend our Sundays watching football regardless of what abusive scumbags so many NFL players might be.  It’s the hypocrisy of us.  However, if Goodell truly wants to make this a no excuse league, he must follow through with his hard line on domestic violence.  I don’t give a fuck how talented or troubled the guy is.  PSAs are one thing.  Acting on them is another.

Manziel-mania has gone on for far too long.  It’d be laughable if it weren’t so sad.

The NFL has institutions in place to help players in need of counseling for substance abuse but as they say, you can lead a horse to water but you can’t make him drink.  Ironically, it is Manziel’s drinking that will be his downfall. 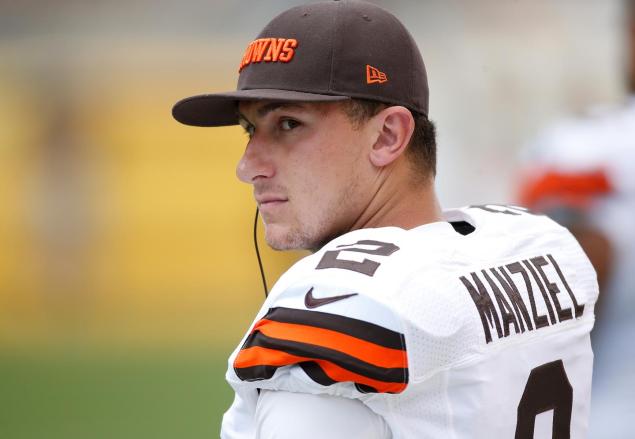 This is a tragic story, really, not that any of us give a fuck about Johnny Manziel anymore, particularly if he struck his girlfriend.  There’s no way this isn’t going to end badly so put on your seatbelts.

His father recently told the Dallas Morning news that “I truly believe if they can’t get him help, he won’t live to see his 24th birthday.”  How’s that for quality parenting?  No wonder the kid is such a fuck up.

Anyone who’s dealt with addiction issues understands that the only person who can help Johnny Manziel is Johnny Manziel.  And right now, he’s nowhere close.  Perhaps the only way to cure him is to lock his ass up, which he should be, at least for a while if he’s found to have struck his partner.

When all the evidence is released, if found guilty, the NFL needs to be firm with its suspension, which might not even matter considering once the Browns cut him, it’s almost inconceivable that anyone else will take a chance on him.

I recently wrote how Major League Baseball could not consider appealing Jenrry Mejia’s lifetime ban for failing a third drug test.  For too long the sport had been soft on HGH.  Baseball had to take a stand.  If Manziel is found guilty of battery, the NFL cannot back down.  They must levy the appropriate penalty.  What’s the point of having a policy if it’s not going to be enforced?

We don’t know much about the incident… but we soon will.  Understandably the league is taking its time to determine what happened, something it didn’t do in the Ray Rice case.

One can only hope Manziel will be dealt with swiftly.  But then again, it’s the NFL.

14 thoughts on “Ask not for whom the bell tolls, it tolls for Johnny Football”