I was at my local YMCA doing my best to break a sweat on the nearest elliptical machine when I saw it right there on the mini-TV in front of me: Jose Bautista’s code-violating, Goose Gossage-irritating, ethically-questionable, racially-profiled bat flip.

It was an ESPN promo for Major League Baseball’s Opening Day which is only a few days away.   At the very end of their slick promo, the network’s final pitch to get us pumped for the upcoming season was Bautista’s now infamous bat flip.  The same bat flip which I wrote about only a week ago, the same bat flip that sent Goose Gossage and most recently Johnny Bench into a tizzy, the bat flip that Bryce Harper indirectly said was good for the game for it allowed young players to show emotion. 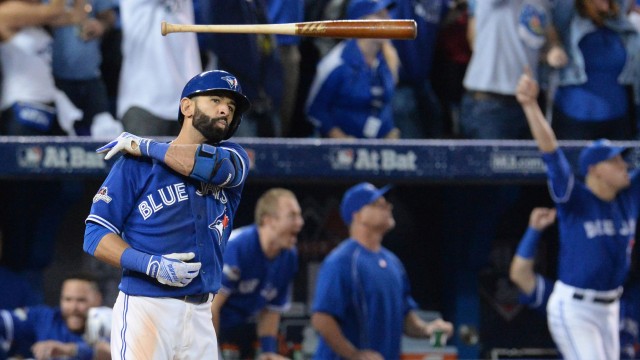 So here is ESPN, the monopoly of sports networks using, not the home run mind you, not the swing and most certainly not the ball leaving the park but rather Bautista’s bat flip to market the game it has invested millions of dollars in to broadcast.

The great minds at Disney must know something we don’t and boy, do they disagree with Rich Gossage.

According to the Goose, and several other, old crotchety fuckers that used to play baseball back when all was sacred and holy, the bat flip is inherently disrespectful.  It shows up the pitcher and breaks baseball’s unwritten code of sportsmanship.

And there is little ol’ ESPN using it to promote the sport.  Oh, the horror! 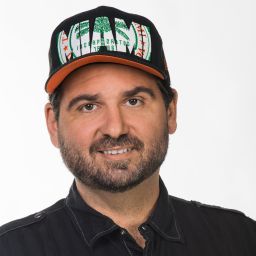 On a somewhat related note, follow me here, the Tampa Bay Rays traveled to Cuba last week.  ESPN’s Dan LeBatard was one of the network’s few outspoken members to vehemently protest how his employer was celebrating the game and breaking down barriers in our globe’s last bastion of communism.  LeBatard is of Cuban descent and naturally had a different take than the rest of us.

“I’ve never known anything but freedom. My grandparents and parents made sure that was so. Now my grandparents are dead, and my parents are old, and the Cuban regime that strangled them somehow lives on … lives on to play a baseball game with our country this week. America extends its hand toward a dictator who has the blood of my people on his own hands. And now my parents, old exiles, have to watch Obama and Jeter and ESPN throw a happy party on land that was stolen from my family — as the rest of America celebrates it, no less.”

LeBatard, unlike so many other ESPN personalities before him, was not suspended for his comments, which were well-constructed and heartfelt but out of touch with modern reality.  For how long can one hold a grudge?  Memo to Mr. LeBatard: the Cold War is over.  We won.

ESPN, like its parent company Walt Disney, generally likes to avoid politics.  That’s why they demote people like Mike Ditka for calling Obama the worst president ever.  After all, Democrats buy Disney passes too.  We can argue about the nauseating political correctness of it all but that’s not changing as long as the Mouse is calling the shots.

Gossagely, crotchety old fuckers like J-Dub and I will bitch about ESPN and their tactics but we still watch.  We just recognize it for the shallow, self-aggrandizing source of sports news that it is.  Politics or not, if the Golden State Warriors are on, I’m watching.  I just might do so with the volume down.

We shouldn’t lose sight of the fact that the network is owned by a business which made its fortune off a fictitious mouse so why should any of this make any sense?

We all know ESPN has the uncanny knack for creating its own story.  The Gossage gripe took place on an ABC radio interview.  ABC and ESPN are both owned by Disney.  The Harper comments about the modern state of the game took place in an ESPN the Magazine Interview.  And LeBatard’s Cuba comments obviously took place on his ESPN radio show.

When there is no news, they create some.  There are bigger sins. 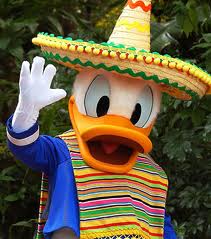 Just like we still take our families to Disney despite the hot weather, long lines and ridiculously overpriced gift shops selling us shit we don’t need, we go… because it’s Disney.  So if ESPN’s formula for success is that bat flips are good for viewership then I’m sorry, Goose, but the mouse packs a little more clout.  And if the network says opening borders and allowing baseball in Cuba is a good thing, then Mickey’s pal Mexican Donald is right once again.

Network ratings may be down but ESPN was still the sixth most watched network in the land.  If they have to create a little news, then so be it.  As long as we all know what we’re watching.

8 thoughts on “The bat flip redux”