Excuse me while I get this off my chest.  I just need to get my money’s worth after a season of horribly, ill-advised wagering.  We’ll get to that in a bit.

By no means am I a Houston Rockets fan.  In fact, after the season they had, I’d be surprised if there were any left.

The Rockets were a once proud franchise, winners of back-to-back championships in the mid-90s.  The 2016 Rockets are a laughing stock.  Yes, they made the playoffs but did so with a record of 41-41.  They were the NBA’s solid C-minus student, doing just enough to get by.  It didn’t take long before they were summarily dismissed from the post-season in embarrassing form, losing their four games to the Golden State Warriors by a combined 95 points. 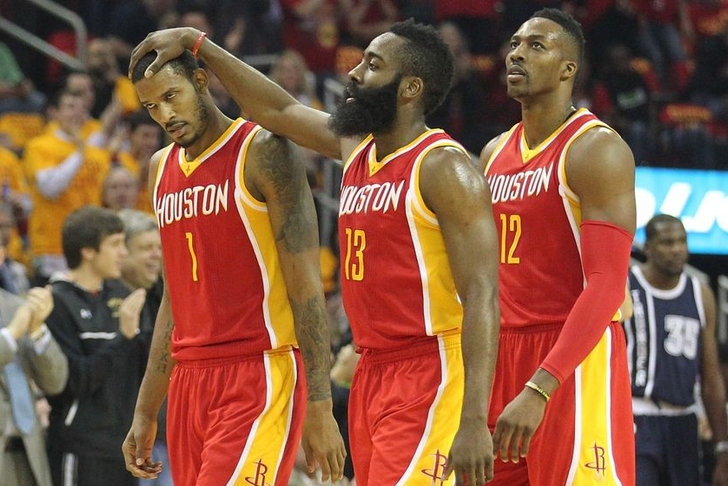 This was a Rockets team that looked good on paper but absolutely abominable once the ball was tipped.

I guess I should have learned my lesson after the first few wagers but I couldn’t help myself.  I lost a fair amount of money on them this season, thinking eventually, they’d have to put something together, that eventually they’d have to come even somewhat close to living up to their potential.

So I’ll be damned if I’m not going to get my money’s worth out of a healthy “Fuck the Useless Piece of Shit Rockets” rant.  You might want to grab your earmuffs if you haven’t already.

This team set all-new standards for dysfunction and disappointment.  Houston had more than just a problem.  They had a whole slew of ‘em.

In their final game of the season in which they played Golden State, agreeably a hearty matchup for any team in the league, the Rockets played their worst and that’s saying something because the Rockets have thrown up some real winners.

Last Wednesday night, they lost 114-81… and the game wasn’t even that close.  What I saw all night long was Rocket players coming down the court and launching bad shots without running any semblance of organized offense.  Down big, on three straight possessions, Rockets players were taking shots as if they couldn’t wait to clean out their lockers. 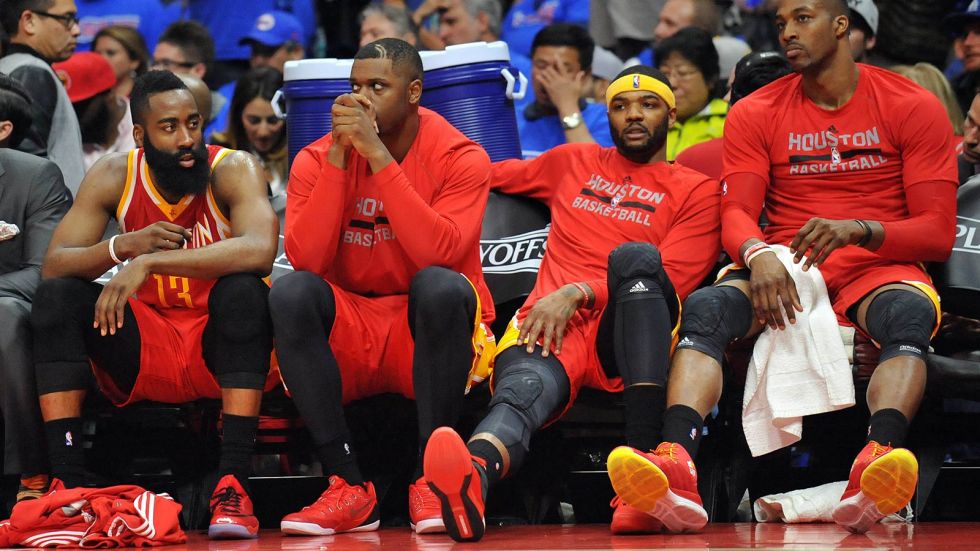 Facing elimination Friday night, with two of their best players lost for the season to injury, the Los Angeles Clippers fought tooth and nail, ultimately losing to the probably worse but clearly healthier Portland Trailblazers.  In defeat, they can hold their heads high.  With two of their best players healthy, the Rockets laid a stink bomb against Golden State losing by over thirty.

The Clippers lost but tried.  The Rockets did no such thing.  They were an abomination of a basketball team.  They were poorly coached, exhibited zero leadership and served as the perfect example of a team with talent not maximized.

With the Warriors’ best player lost to injury, the Rockets, who were still huge underdogs, made no adjustments to take advantage of his absence.  If anything, their shitty play fed right into the Warriors’ hands.  If J.B. Bickerstaff who took over for the fired Kevin McHale is retained as their coach, Rockets fans might want to start looking for the nearest ledge to jump off to save them the agony of watching even another minute of Rocket basketball.

By the end of the first quarter of Game Five, the Warriors were leading 37-20.  James Harden had scored 16 of Houston’s 20 points.  With turnovers and costly shots abound, the game was about as unwatchable as a bloodletting.  The only joy I took in watching them getting boat raced came in knowing I could no longer lose any more money by betting on them.

In the end, Las Vegas took advantage of me.  According to my bookie, we went 3-of-58 betting on them this season which sounds a lot like the team’s shooting percentage.  Clearly Las Vegas knew better than I that there was no way this team could muster up any sort of self-respect.  They also knew that by routinely sending out nice fat money lines, often coming back at eight to one or better, they’d reel in suckers like to me trying to rationalize that this team had talent but didn’t know what to do with it.

Don’t get me wrong.  No one in their right mind gave Houston a chance to knock off the defending champs but with Steph Curry out, one would think his MVP rival, James Harden, would step up his game and present something of a challenge.  That was the furthest thing from the truth. 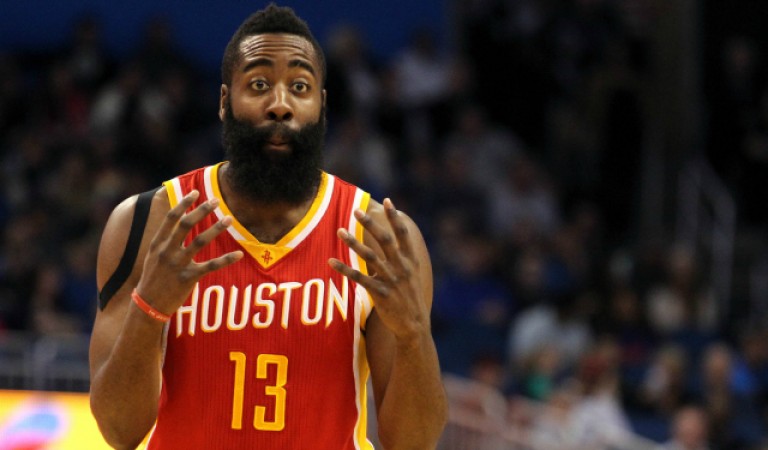 Houston has some big decisions to make this off-season.  Dwight Howard, Jason Terry and Josh Smith are all unrestricted free agents.  I’m no fortune teller but I’d be surprised if any of those three stayed put. After what I saw this series, I’d be surprised if anyone living within the Houston city limits wanted them back.

My best friend Dwight Howard averaged a near career low in points scored this season (13.7 ppg).  So did Josh Smith (6.6 ppg).  So did Jason Terry (5.9 ppg).   I know Jason Terry has some miles on those legs but he was once a twenty-points a game scorer.  He finished the game scoreless, 0-7 from the floor.

Meanwhile James Harden led the league in both field goal attempts and turnovers.

The Rockets GM thinks the team’s chemistry problems are overstated.  Since you’re cleaning house, you might as well run that guy out of town too for he knows not of what he speaks.

If I were a Rockets season ticket holder, I’d ask the team for my money back, demanding retribution for the steaming pile of basketball they’d subjected me too all season long.  And if I were the Rockets, I’d honor that request just to clear my conscience.

10 thoughts on “Throwing it all away on the Houston Rockets”