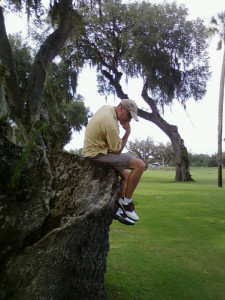 Chumpservations used to be a mainstay on this website.  After all, there have been 34 official volumes since the site’s been operational.  Previous chumpservations haven’t necessarily been about sports (I think I wrote one about shaving cream and dirty diapers) but more about things that I’ve noticed along the way, which is pretty much what this website is all about anyway.

After digging into the archives, I realized it’s been almost a year since my last Chumpservations.  Sorry for being so neglectful.  So, back by popular demand, I present Chumpservations, Vol. 35.

Did you realize there’s a musical genre called Melodic Death Metal?  If you’re reading this website, I’m guessing the answer is no as most of my readers have at least some semblance of taste.

First of all, melodic death metal, and yes, there is such a genre (just not in any of the record stores I frequent) seems like a contradiction in terms just like Jumbo Shrimp or Military Intelligence, to paraphrase the late, great George Carlin. 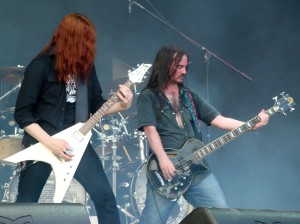 Not to diminish the musical accomplishments of those who have dedicated their lives to the ‘art form’ but it’s hard to take anyone who rocks out to Melodic Death Metal seriously.  What are you wearing to the concert?  Black?  Ok, cool.

I know it’s not right to generalize but if you are engaged in a conversation with someone who’s says they’re into Melodic Death Metal, that’s a deal-breaker right there, isn’t it?  I’m not sure this is someone you’re inviting over to meet the folks unless of course your folks are into melodic death metal, or deaf, or both.

If you go out on a date with someone and they tell you they’re into Melodic Death Metal, what are the odds of you granting them a second date, particularly when they pick you up in their car, turn on the stereo to set the mood and all you hear is blood-curdling screeches emerging from the speakers.  Do bats fly out for effect and do you end up jumping out of the moving vehicle to save yourself from the night that might be?

I’m no musical snob (yes, I am) but let’s just say I can’t imagine the Grammy’s adding a category for this subgenre.  And if they do, you may want to invest in ear plugs.

When Croshere first told me that a buddy of his, a Golden State Warriors ticket holder, could have sold his ticket to their historic win number 73 for $1600, and didn’t, it made me think.

I love sports.  I love my teams and I dig this year’s Golden State Warriors.  Heck, I drove 100 miles and paid $200 to see them play in Orlando this year but I’m not too sure I wouldn’t have unloaded those tickets for the right price. 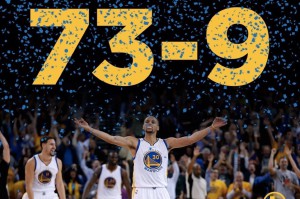 I tried to think about what sporting event I’ve had tickets to that I wouldn’t have sold for an exorbitant amount of money.

I’ve had Super Bowl tickets before.  I sold ‘em.  My team wasn’t playing in it.

But even if my Buccaneers were playing in the Super Bowl, I’m not sure if I HAD tickets, I wouldn’t unload them for a hearty profit, of course depending on where the seats were and how much I paid for them to begin with.

But the Warriors game wasn’t a Super Bowl.  Sure, Win #73 was history that likely won’t be repeated any time soon but this guy had season tickets.  He had already seen them play thirty some odd other times that season.  Selling the final game’s tickets for top dollar would have put a healthy down payment on an entire next season of tickets.  Sometimes economics must outweigh history.

If I had a kid and it was important to them not to sell the tickets, then maybe I’d go.  Or maybe I could just unload them and start him a college fund.

I struck up a random conversation with another gentleman lately.  Fortunately this time it was not about melodic death metal.

This particular gentleman grew up in Augusta, Georgia, where I’m guessing melodic death metal doesn’t have much of a following. 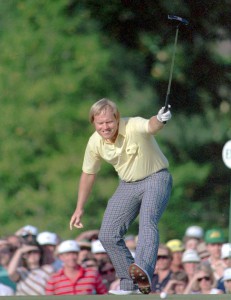 Considering this gentleman’s birthplace, our conversation naturally made its way to golf.  After all, Augusta is home to our nation’s most prestigious and historic golf course: Augusta National, home of the Masters.

When I first moved to Florida as a child, I had no idea what golf was.  My first actual experience with golf came when a buddy told me how much fun it was to ride our K-Mart BMX specials over the sand traps on the course directly across the street.  So we did.  This was a full decade before I realized how frustrating of a sport golf actually is.  Trust me when I tell you those sand traps are getting me back for my early teenage vandalism.

Even though we left a few bike tracks on the course, I can’t say with any certainty that we ever urinated on any of the greens and even if we had, it wouldn’t have carried with it the royalty of peeing on the hallowed grounds of Augusta.

That’s what this guy did.

He said that as a kid in the early 1970s, he and his buddies would sneak onto the course at night and pee into the flag holes.  Then they would watch on the weekend and laugh out loud as Jack Nicklaus and the other big names on tour would dig their hands into the holes to retrieve their balls.

Boys will be boys.  I couldn’t help but laugh out loud at this story as he told me.  While some might be offended, I wrote it off as teenagers doing what teenagers do.  I peed in a guy’s cologne bottle once just because I didn’t like him.  In retrospect, that probably wasn’t the nicest thing to do but what’s done is done.

There’s no way you could sneak onto Augusta these days and do that anymore.  So my guy is going to either hold it or find a Port-a-Potty.  Either way, Jack Nicklaus might want to bring some hand sanitizer.

13 thoughts on “Chumpservations, Vol. 35: Melodic Death Metal, the greens at Augusta and the price you pay for history”