I try to take good care of myself.  After all, none of us are getting any younger.

Aside from the occasional Fitbit challenge with friends, I’ve been doing my best to hit the gym two to three times a week.  Considering I work on my feet forty-plus hours a week and have a hereditarily bad back, I’ve found sweating it out at the gym helps my body and mind feel good.

Plus you never know who you’re going to run into.

Last Saturday afternoon, a few hours before heading into work, I thought I’d go break a sweat at my local YMCA.  Upon arriving, I noticed that the outdoor Olympic size pool was packed for what must have been some swim meet.  Kids screaming, water splashing, it was a beautiful May, Florida afternoon.

Plugging in my headphones, I strolled into the building, swiped my membership card and headed straight to the elliptical machines. 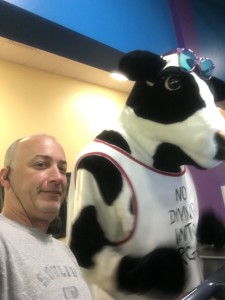 That’s where I saw him.

Now let me ask you, before you proceed to the caption contest, what do you think is the least likely thing you would ever see on a treadmill?

Well, the Chick-Fil-A mascot would have to rank right up there.

Chick-Fil-A had a tent outside the pool where they were giving away gift boxes.  I thought about heading over to snack on a freebie but I value my large intestine.

As it turns out, Chick-Fil-A was unavoidable that day.

Right there, on the treadmill, was a guy in a cow suit.  For once, I was at a loss for words.

I thought about posting the picture directly to Facebook but instead thought I’d give my readers a shot at captioning this magical moment themselves.

The reader that can best come up with the caption to the photo below will receive an all-expense paid, all-you-can-eat-extravaganza courtesy of Chick-Fil-A and SportsChump… redeemable only on Sunday afternoons. 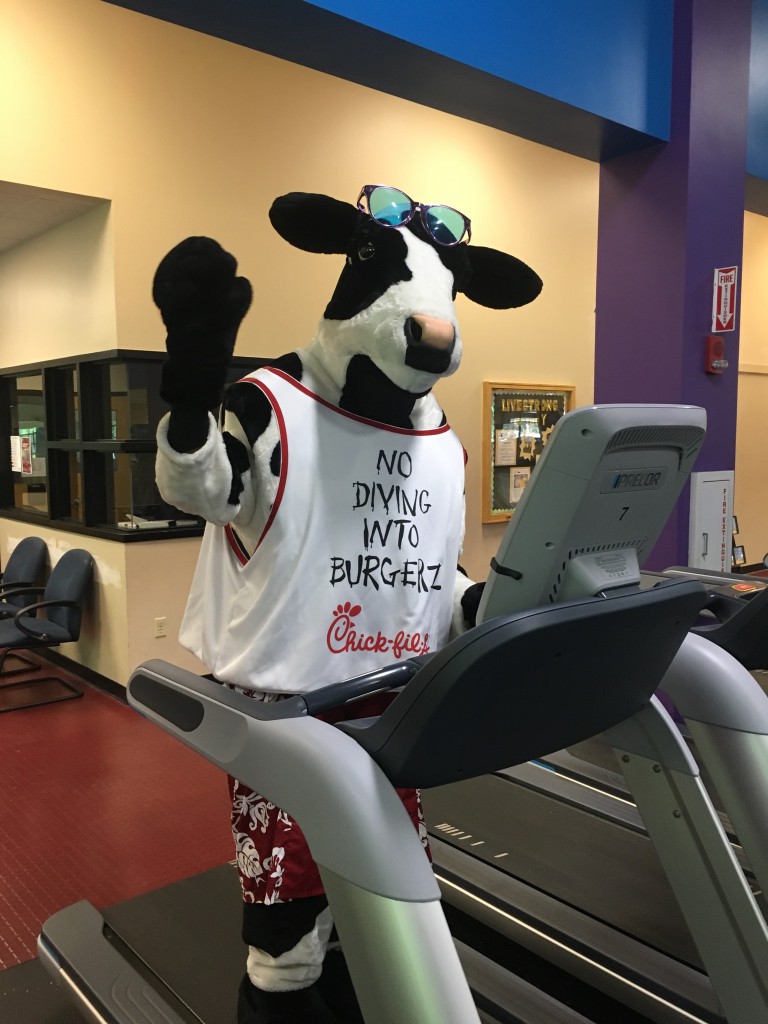