I feel giddy, like a wide-eyed kid on Christmas morning hustling down the stairs to unwrap the biggest, baddest, most glorious present under that fancily-decorated tree.

The only difference is that Adam Silver is starring as the role of a clean-shaven, ever-slender Santa Claus and I know exactly what’s inside that box.  It’s a Game Seven and damn if this isn’t going to be the best present ever.

Think about it.  This final game of the basketball season has literally everything you could ask for with some serious history on the line.  Sunday night pits together the game’s two most dominant players, the two faces of the league, LeBron James and Steph Curry.  On one hand, you have the greatest player of his generation staring yet another Finals win, or more importantly loss, squarely in the face.  A win would cement him as one of the greatest players we’ve ever seen.  He already is but this would confirm it for all the LeBron haters in the crowd.  Plus it would bring a title to a town that hasn’t seen one in fifty years.  A loss would give LeBron James his fifth Finals defeat.  He’d be the only ever multiple MVP to lose that many.  A loss also means his solemn vow to bring a title to Cleveland will have to wait another season. 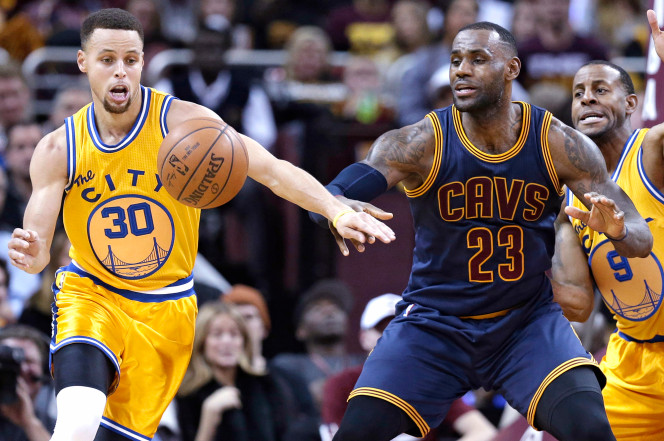 On the other hand you have a record-setting season for the Golden State Warriors that would be rendered meaningless if they fall short of their championship goals.  There is not a single person in that locker room that wouldn’t trade that 73rd win for one on Sunday.

In addition to the obvious, you also have conspiracy theories Tweeted out by the wives of one of these stars.  Note: Someone should probably shut off internet access in the Curry household for Game Seven.  You have one coach complaining about fouls and another I had all but fired one week ago.  You have mouthpieces thrown at fans out of frustration.  You have dunks and blocks galore.  You have trash-talking coming out of a player the likes we’ve never seen.  You have players hitting and kicking each other in the nuts.  You have players fined, injured and out for the series.  And you have LeBron James coming off a near perfect performance in Game Six.  For Cleveland fans, that game was better than sex.  I’ve said it before and I’ll say it again.  A determined LeBron James is a scary thing.  Draymond Green probably wishes he had that “bitch” comment back.

This game needs no more hype.  This is Superman vs. Batman but for real.  This is Captain America vs. Iron Man but with a far better plot line and considerably more realistic superpowers.

There’s a reason sports fans call “Games Seven” the greatest two words in sports.  I don’t know how anybody is supposed to get any sleep until then.  All I know is that until that ball tips, I will feel an anxiousness that very few sporting events can provide. 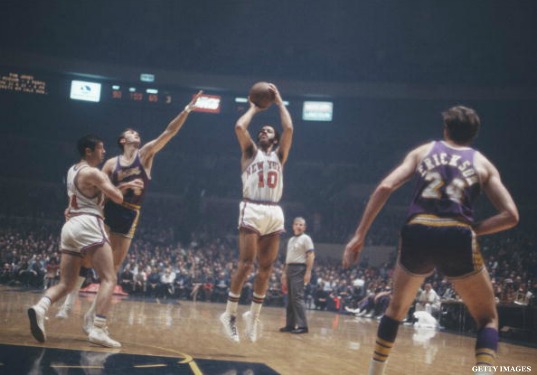 Games Seven are career-defining.  That is no overstatement.  Walt Frazier’s 36, 19 and 7 in the 1970 Finals still goes down as one of the greatest performances in NBA history.  There was James Worthy’s triple double in Game Seven in ’88, Hakeem’s destruction of Patrick Ewing in ’94 and yes, LeBron in 2013.  That’s right.  LeBron has been there before.  These Golden State Warriors have not.  In fact, they have barely been tested.  If Game Six was any indication of how this team performs under pressure, they might be in for a long night.

I’m not doling out predictions for Sunday but I will say this.  A series I once thought there was no way Cleveland could win is now within their grasp.  With no Andrew Bogut at center for and a gimpy Andre Iguodala, the Cavaliers are scoring at will in the paint while their nemeses, the Splash Brothers, can barely throw it in the ocean.

History will be defined on Sunday.  Millions will be watching.  My only prediction sure to come true is that this will be the most watched NBA game in years.

I just don’t know how I’m supposed to get any sleep until then.

20 thoughts on “The greatest two words in sports”