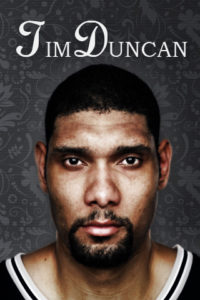 Having written 400-plus posts about basketball over the last nine years, I felt it would be grossly irresponsible of me not to write a proper tribute to Tim Duncan.

Here’s what Tim Duncan meant to me and to the game of basketball.

I’m not a big season ticket holder guy.  In fact, I’ve only purchased season tickets to a team once and it was the Buccaneers a few years ago.  A good friend of mine who worked for the team was desperately trying to move some tickets and made me an offer I couldn’t refuse.  I didn’t exactly wake up with a horse’s head in my bed but I did make a profit off the tickets I sold.

Owning season tickets to any team in any sport has never been my thing.  Insert commitment-phobe joke here.  That would have all been different had Tim Duncan come to Orlando.

That’s right.  Tim Duncan almost played for the Orlando Magic.  We may never know how seriously he considered coming to Orlando when his first NBA contract was up but we Central Florida-residing, glass half full idealists thought we had a chance.  He had already won a title with the Spurs but everyone in Orlando was hoping he was ready for a new challenge, that no longer having the luxury of playing alongside the retiring David Robinson might prompt him to pursue other opportunities.

The Magic had money to burn during the 2000 off-season and were making a serious run at Tracy McGrady, Grant Hill and Tim Duncan.  They landed two out of those three.  Actually, they got one-and-a-half out of three because Grant Hill was never the same after his foot surgery.

The Don Calvino, another long-suffering Magic fan and I, sat in our respective offices awaiting the news.  We had ESPN.com pulled up and were hit the refresh button regularly.  As soon as the announcement came that Duncan had signed with the Magic, we were making a call to the season ticket office with our credit cards in hand. 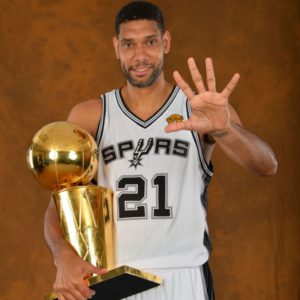 Our dreams of Tim Duncan leading Central Florida to glory never materialized.  As history would have it, Timmy stayed in San Antonio for 19 years and won five titles.

Tim Duncan was one of the most dominant post players I’ve ever seen.  His nickname, the Big Fundamentals, may be the most appropriate nickname ever given an athlete.

This is how good Tim Duncan was.

Tim Duncan was so good that the Spurs increased their win total by 26 games the year after they drafted him.

Tim Duncan was so good that he led a Spurs team to a title in his second season.

Tim Duncan was so good that David Robinson, a league MVP, never so much as sniffed a title until Timmy came to town.

Tim Duncan was so good that no other coach-player combination (Popovich-Duncan) has won more NBA games.

Tim Duncan was so good that he ranks behind Michael, Kareem, Kobe, LeBron and Shaq in career playoff points scored.

Tim Duncan was so good that he ranks only behind Bill Russell and Wilt Chamberlain in career playoff rebounds.

Tim Duncan was so good that no player has more career playoff blocks.

Tim Duncan was so good that, with him, the Spurs never missed the playoffs and never finished worse than second in their division.

Tim Duncan was so good that he made the bank shot fashionable again.  Seriously, if you played pick-up basketball around the time Timmy entered the league, you’d have noticed that people went from not using the backboard to realizing “Hey, I can actually shoot a higher percentage if I aim for the painted square on the glass behind the rim.” 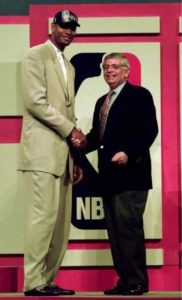 Tim Duncan was so good that of all the number one draft picks in history, with the possible exception of Magic Johnson, he was the most valuable to the team that drafted him.  Hakeem, Patrick, Shaq, Iverson and LeBron were all number one picks.  So were Kareem, Elgin Baylor, Oscar Robertson and Bill Walton.  None of those guys won five titles with the team that drafted them.  Only Tim and Magic did.  And the Lakers had already won championships before Magic got there.  San Antonio hadn’t won squat.

Tim Duncan was not flash.  He didn’t need to be.  It wasn’t in his nature.  In the end, there was no fanfare or overblown retirement tour, even though there should have been.  He was most certainly worthy.  Heck, he didn’t even attend his own retirement press conference.

Tim Duncan’s final game truly marks the end of an era.  He was never the league’s fastest runner, highest jumper or most marketable athlete… but he was sound.  In fact, he may have even been my favorite player despite turning down Orlando to stay in Texas.

In this day and age where so many players lack fundamentals, one player will forever stand tall.  And that’s the player they’ll forever refer to as The Big Fundamentals.