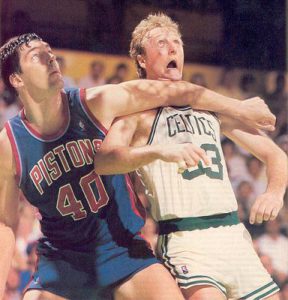 We talk a lot about identity in sports, how the greatest teams over time, as a collective, develop a specific identity all their own.

The Detroit Bad Boy Pistons of the late 1980s had a clear-cut identity.  If you drove the lane against them, you were coming out with blood on your uniform.  The Lakers before them had Showtime, their rival Celtics far more blue-collar, presenting the ideal dichotomy between the two cities in which they played.

This holds true not only in basketball but across all sports, particularly with historically great teams, i.e., the1927 “Murderer’s Row” Yankees, the 1970s Purple People Eating Minnesota Vikings, Pittsburgh’s Steel Curtain, the 1979 “We Are Family” Pirates and the fun-loving 1986 New York Mets, to name only a few.

Identity doesn’t always translate into championships but it goes a long way in helping teams discover who they are and what they’re made of en route to infamy.  Great teams take on the identity of their coaches, their cities, their fan bases and an oft-complicated hodge-podge of their own players’ personalities to ultimately become what defines them.  It’s how we remember them over time; identity defines legacy. 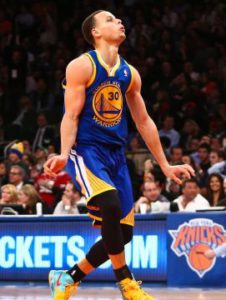 Over the last two seasons, the Golden State Warriors became the latest NBA team to leave their mark on history establishing their own identity of the cocky, shoulder-shaking, three-point barrage of a basketball squad.  High-scoring and flashy, yet tough and with substance, they became chart-toppingly popular.  You’d be hard-pressed to find a casual basketball fan that didn’t end up rooting for the Warriors to a) break the regular season win-total record en route to b) winning an NBA championship.  For much of the season, the Golden State bandwagon was ahead full steam

Well, something happened on the way to that championship and his name was LeBron James, a man who has also taken on several, different identities over his career.  LeBron has gone from Cleveland messiah to Miami bad guy and back to savior again, all ironically without changing much himself.  Or perhaps that’s not ironic at all considering identity has as much, if not more, to do with public perception than anything else.  LeBron James, despite his otherworldly basketball skills, freight train-like physique and gazillion dollar salary, is actually a simple family man from the Midwest.  God help anyone who wears a plaid shirt and switches jobs on national television for all to see for they will forever be persecuted.

But back to the Golden State Warriors.  After LeBron and company showed they were actually invincible, the Warriors went out and got themselves a new small forward.  Perhaps you’ve heard of Kevin Durant.

Adding a player of Durant’s caliber dramatically changes a team’s identity.  The six Bulls teams that won championships over eight seasons in the 1990s all had interchangeable parts but the Jordan-Pippen-Phil Jackson core remained intact.  There was no identity to change.  They just went out and dunked on everyone in triangular fashion. 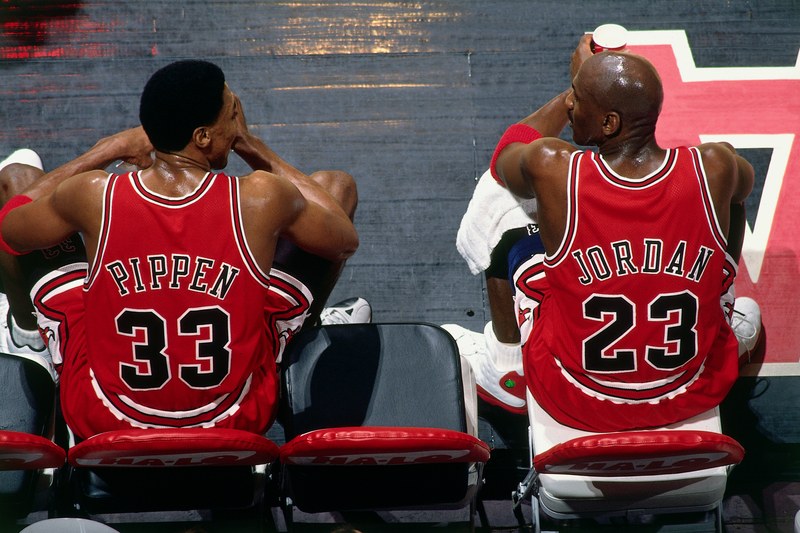 Rest assured the Warriors will do that as well.  However, while adding a scorer of Durant’s magnitude may have coach Kerr smiling, you can bet at this very moment he’s figuring out how to maintain a delicate balance to keep all three of these scorers (Durant, Curry, Thompson) happy and in the scoring column as their accustomed to.

I’m not overly concerned with Klay Thompson’s statement that he wasn’t going to “sacrifice shit” next season.  He is playing on the same Olympic team as his newest teammate Kevin Durant and I imagine they’re getting along just famously.  Beating teams by fifty every outing generates a lot of smiles, at least for the winning team. Besides, Kevin Durant might be the least egotistical all-star the game has ever seen.  I would imagine he’s a pretty easy fellow to get along with, even if he is used to taking twenty shots a game.

Despite what’s bound to be another successful season for Golden State, there will be bumps in the road as they work on their chemistry and attempt to find that identity. 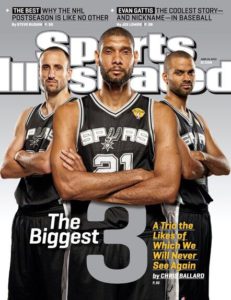 So what’s to stop Durant, Curry and Thompson from coasting to a championship in Oakland?  Heck, Las Vegas has already listed their over/under at 68 ½ wins.

Here’s why I’m not yet sold on Golden State.  The aforementioned big threes all had rebounders, guys that could play down low, power forward/center types that could make a defensive stand when needed and take a high percentage shot in the paint at the opposite end.  The current Big Three in Golden State, while devastatingly sharp-shooting from the perimeter, don’t have that.  I’m trying to think of a 1-2-3 (point guard-shooting guard-small forward) that ran through the league on their way to a championship and I’m drawing a blank.

And then there’s the whole identity thing.

I’m not saying the Warriors won’t win a championship (yes, actually, I am).  I’m saying it’s far from a foregone conclusion that they do and the pressure on both Golden State, and more specifically Durant, to win will be greater than ever before.

These Golden State Warriors will inevitably forge their own identity with Kevin Durant on their roster.  Things will come together and they will win a lot of ballgames.  Whether those ballgames will translate into championships remains to be seen.  You can be assured, however, that if they fail to do so, their identity will forever be that of underachievers.

14 thoughts on “Identity and the Golden State Warriors”