Something happened on the way to growing up and the major assumption here is that I have, in fact, grown up.

I can honestly say that over the course of this baseball season, the forty-eighth of my existence, I have not turned on a single baseball game.  I have never said to myself or to a friend, Hey, we need to go check out this game and meant it.  As Hannibal Burress jokes, baseball is a game you take a friend who you haven’t seen in a while so you can catch up.  Over the past month or two, I may have inadvertently glanced at a baseball score on the television screen but it was never intentional. 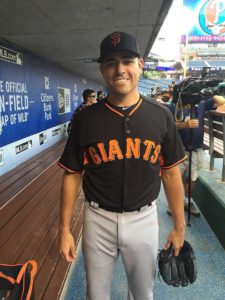 One hundred games into this season, I’d say I’ve looked at the Major League Standings maybe three times.  If you asked me right now who was leading any particular division, I honestly couldn’t tell you.  I heard that the Rangers were hot.  I think the Orioles are atop the AL East.  The Giants just picked up Matt Moore so I know they must be good but honestly, somewhere along the line, baseball failed to engage me.  And that is sad.  Or perhaps it’s just evolution.

There was a time when I was a child, a pretty much daily occurrence, when I’d rearrange my baseball card collection with the fervor (or perhaps early onset mania) of John Cusack re-sorting his record collection in High Fidelity.  I’d discuss how I only needed this card or that one to complete a set.  I’d thumb through price guides to assess their financial value, which was always secondary to their emotional worth.  I still have my card collection tucked away in a closet somewhere but haven’t thumbed through it in ages.  While I’d once veer off to a local card shop to sift through what the card store owner had mistakenly placed in his bargain bin, those days are long gone.

I can’t recall the last baseball game I’ve attended or the last game I watched in its entirety or when either of those two events occurred.  Let’s just say it’s been a while.

So why is that?  I can point to a number of reasons, all valid, some more important than the others.  But clearly, baseball no longer holds such a dear place in my heart.  And while I know as much about the history of baseball as pretty much anyone out there not named Keith Olbermann, the current game has passed me by. 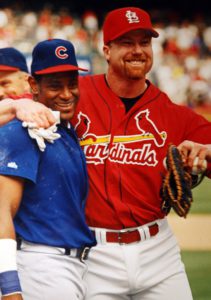 One can easily point to the cancellation of the World Series in 1994 as the largest contributing factor to my waned interest, the ultimate indication that the sport had lost its innocence.  I had just started graduate school but was still a huge fan and yes, still buying baseball cards.  Without going too much into detail, the moment that millionaires and billionaires could not agree how to divvy up the pie had a stunning effect on me and millions of other Americans.  I returned to the game afterwards but not because of some contrived celebration of Cal Ripken’s hard work or any legitimate (wink, wink) home run chase.  I returned to the game because it was in my DNA.

Perhaps while the pace of my life has picked up, the pace of the game slowed down.  Without sounding overly greedy, I’m a man who craves instant gratification.  My short attention span hardly allows for me to watch a thirty-minute sitcom never mind a three-hour-and-thirty minute baseball game.  I watch Hulk movies to see when Bruce Banner turns green and no, I don’t read Playboy for the articles.

Basketball and football are far more suited to a fan on the go.  Professional football is timed.  We know when to get up for pee breaks and when each game will end.  Similarly, basketball is timed.  Plus in these two sports, there are dunks, hits and what-have-you’s.  We can go an entire baseball game without a home run, especially if you’re watching the Rays and usually then, it’s meaningless.  Sure, the NFL is in the middle of a concussion crisis that will ultimately change how the game is played but for right now, it will consume my every Sunday, from two hour pre-gaming before the one o’clock games to the two hour-post gaming for the late ones.  The first Sunday of the NFL season, which I think most of us agree cannot get here soon enough, will make me sit my happy ass in front of the television for more hours than I’ve given to baseball all season long.

Maybe it’s that the team I’ve chosen to root for, switching my lifelong allegiance from the Boston Red Sox (1977-2012) to the Tampa Bay Rays, just isn’t any good.  Let’s be honest, the Rays continue to give their fans fewer reasons to watch as they a) play in an out-dated stadium that is not easily accessible and b) continue to farm out talent they can no longer afford to keep.  Waking up to news that your team has once again traded a player you’ve come to love (Carl Crawford, James Shields, David Price, Ben Zobrist, Matt Moore, etc.) chips away at your soul. 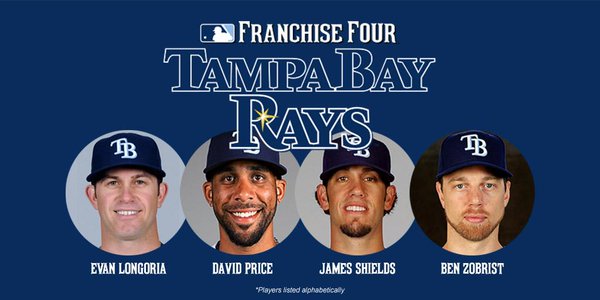 Clearly the decade-plus long struggle with PEDs and the Major League Baseball’s handling of it all made me, and a healthy portion of its fan base, question the sincerity of the sport.  The fact that the greatest players of this generation wait outside the Hall of Fame until the sport and its writers deem them worthy of recognition is also tremendously full of shit and hopelessly hypocritical.

Maybe it’s that I don’t have any kids.  Baseball is a sport that, at least traditionally, is passed from generation to generation.  My dear friend and avid baseball fan, Kid Sheraton takes his kids to see to his local Miami Marlins on a regular basis and that team is pretty much horrible.  Perhaps if I had a son, I’d take him to the ballpark to catch a few games.  It’s a far more civil environment than your average NFL game where I’ve seen fights break out and beer spilled on fans the last umpteen times I’ve attended.

For these reasons and so many more, baseball no longer gives me reason to watch.  By no means am I, a purist in my own right, suggesting they change the rules to make things more exciting on my behalf, although it’d probably help ratings.

My current team, the Rays (45-65, there, I checked the standings) are currently in negotiations to build a new stadium, and by currently, I mean these talks have been and will continue to go on for years.  They’re (and by they’re I mean I’m not sure exactly who) looking to bring a brand, spanking new structure to a more centralized Tampa area.  Perhaps, if they do that, I’ll gain more interest.  Perhaps, if they field a better team, expand their payroll and convince me they’re actually interested in winning instead of serving as a farm club to 29 other teams, perhaps if they build a stadium that’s true to the Tampa area and not stuck in a 1980s time warp, then I will regain interest in the sport.  If you build it, we will come.  Maybe. 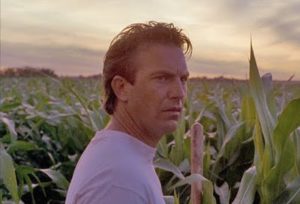 That’s why no stadium has been built yet, because for every fan that says “Sure, I’ll go if…” hardly gives investors a warm and fuzzy.  If baseball’s ratings are down, why should anyone invest?

I don’t pretend to have the answers.  Clearly neither does Major League Baseball and therein lies the rub.

Perhaps their efforts are lost on me.  I’ve moved on.  That’s not to say I don’t have fond memories of the game and the moments it brought me.

Or maybe I’m just waiting for them to give me something to watch.

14 thoughts on “Baseball and the changing me”