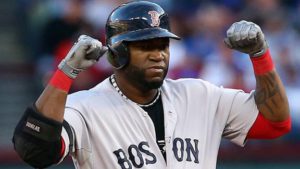 David Ortiz is 40 years old.  This will be his final season in the major leagues.

In his fourteen years in Boston, he accomplished what no other Red Sox player in the modern era has.  He was the driving force behind three, different World Series titles for a team once known for its inability to win one.

This year, the seemingly ageless Ortiz has his Sox back in the thick of things by posting MVP-like numbers.  However, David Ortiz isn’t the only elder statesperson rocking out.  There are a few others touring the nation still defining their legacy as American artists.

Have you ever been out somewhere and seen someone significantly older than you wearing something totally age-inappropriate and no, I’m not talking about Big Papi’s rather extensive collection of gold chains.

If I told you I saw a 58 year old woman wearing a leather jumpsuit (and wearing it well), you’d think I was crazy (or a pervert or both) until I told you that woman was Joan Jett.  Then you’d say “Ah” and nod your head in agreement.

If you live in any major city with a concert hall and are a fan of rock and roll, you’d know that older classic rock bands touring with one another has become commonplace.  Joan Jett might not be able to pack a venue by herself but add Heart and Cheap Trick to the playbill and you have over 10,000, screaming classic rock fans… some of them dressed properly for the occasion. 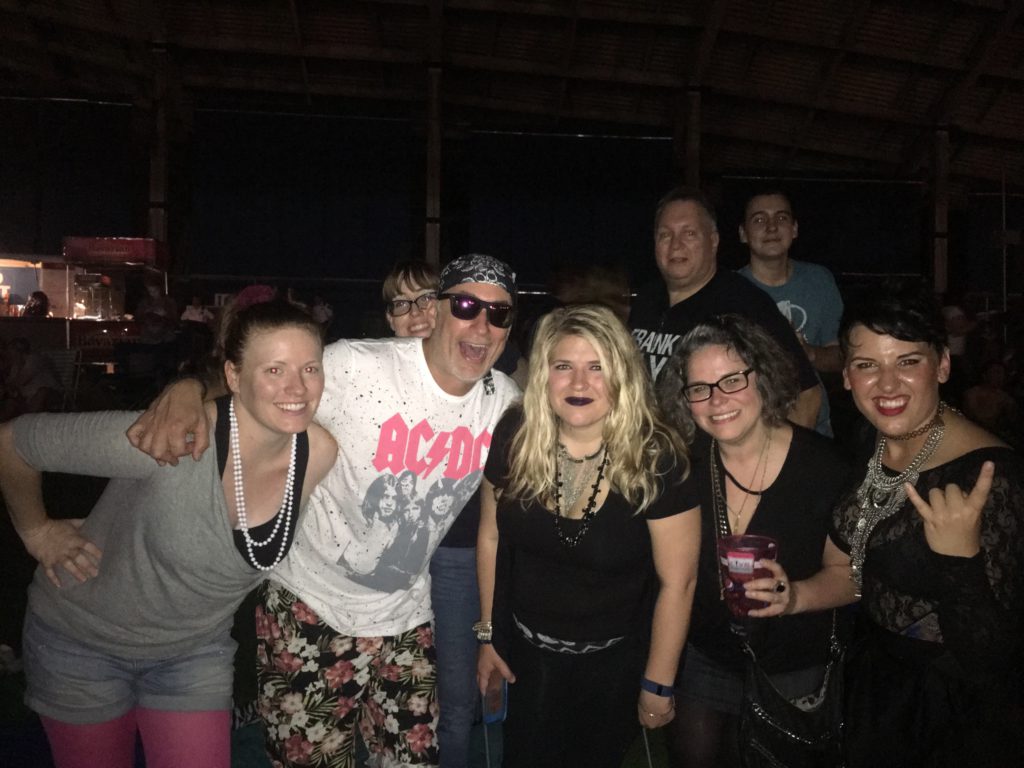 Just like the designated hitter rule allows aging veterans like Big Papi to still bat .318, our thirst to see classic performances – and probably a lot of Advil – helps aging rockers to tour the nation and grace fans with their legendary hits.

To carry on the recent tradition of the SportsChump Summer Concert Series, a group of friends and I decided to see the Tampa show at our local outdoor amphitheater.  You didn’t think I would stop at Kanye, did you?

The task for this show, should you choose to accept it, was to dress as 80s as possible to fit in.  We did just that.

I’ll be honest, my crew and I arrived late to the concert so we only caught the very end of Cheap Trick, who was the opening act.  There was pre-partying and final costume preparations to be made.  Besides, who the hell gets to a concert at 6:30 p.m.?  By that time, I’m usually just finishing up my second cup of coffee.

Missing Cheap Trick was okay because for me, this concert was really about the women on stage. 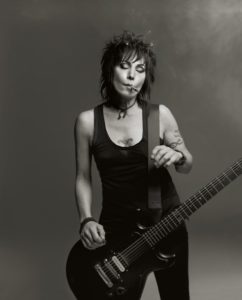 It was Joan Jett’s birthday that night.  The highlight of the show was when members of all three bands came out and sang happy birthday to her mid-set.  She had just turned 58.

When you see bands like these perform, bands that haven’t released a new hit in ages, sometimes you forget just how many hits they have.  Joan Jett has many.  She destroyed the fast-paced “Bad Reputation,” not missing a beat, then finished her hour plus long set with “I Love Rock and Roll,” “Crimson and Clover,” and finally “I Hate Myself for Loving You.”

Jett took “I Love Rock and Roll” to the top of the charts in 1981.  She’s in the Rock and Roll Hall of Fame, deservedly so for she’s been playing kick ass music for four decades.  And she still dresses the part.

After Jett, Heart took the stage as the headlining act for the evening.  Heart is led by two sisters, Ann Wilson on lead vocals and Nancy Wilson on vocals and guitar.  Ann is 66.  Nancy is 62.  And yes, they also put on one hell of a show.

Heart established themselves as a formidable rock band in the seventies with hits like “Crazy On You,” “Magic Man” and “Barracuda” but exploded in 1986 when their self-titled album went five times platinum and remained on the charts for 78 weeks.

Needless to say, Heart also sounded fantastic.  Ann Wilson might not be able to hit the notes she once could but who among us can.

These are shows and bands that one should definitely see before they stop touring which might not be all that long from now.  Trust me when I tell you, $20 for a lawn ticket, a beach blanket and a night out with friends is a worthwhile investment.

My mom is, well, I’m not going to tell you how old she is because she’d disown me but let’s just say, like Jett and the Wilson sisters, she is still cranking out the hits #EmmyAwardWinner.  She’s still doing what she loves and like Jett, the Wilsons and Big Papi, Big Mami is still making people smile and making a good living from it.

I guess there’s something to be said for leaving indelible memories in your own particular way.  And age, my friends, is just a number.