Pinch me, I’m dreaming.  And so must the four of my regular diehard hockey fan readers because yes, I’m writing about hockey.

But this isn’t a full-on hockey preview.  Far be it from me to write in depth about a sport I know little about.

What I am here to tell you is that the Tampa Bay Lightning is an anomaly.  Tampa sports fans know it and damn if we don’t love them for it.  Heck, after rooting for the Bucs and Rays for so long, one could make that point that we’re owed it.

There is a good reason this team consistently ranks atop ESPN the Magazine’s list of best-run sports franchises.  Actually, there are a number of reasons soon to be discussed in all their splendor.

This season, like the two before it, Tampa Bay is predicted to fare very, very well.  In fact, they’re second favorites behind only the Chicago Blackhawks to win the Stanley Cup.  That’s because they’re getting the band back together.  And I mean all of them. 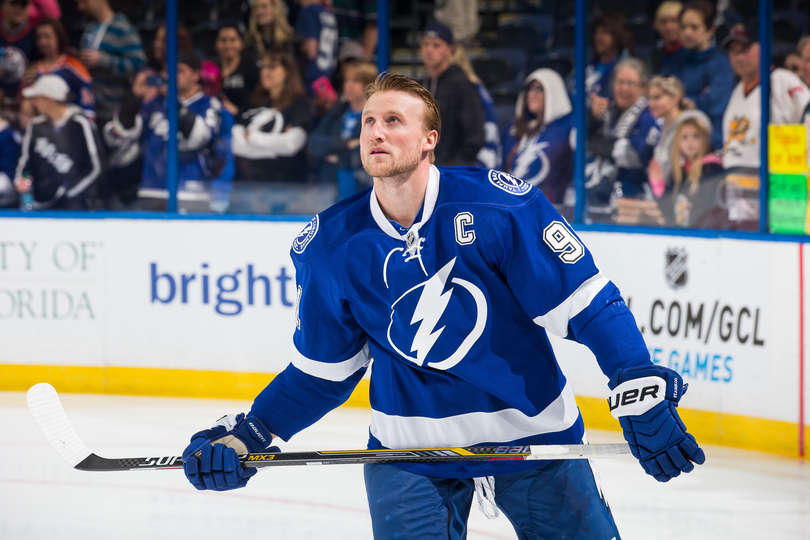 When we last left our beloved Lightning, the team was headed into an off-season with huge signings in question.  Their biggest star, Steven Stamkos, was in a contract year.  The trading deadline had come and gone with Stammer still in a Lightning uniform.  An unrestricted free agent, he was pretty much able to call his own shots.  Stammer, it was thought, would sign with his home town Toronto Maple Leafs for a max deal forcing the Lightning to start over with considerably less star power on its roster.  Lightning fans had all but resolved themselves to life without Stamkos, arguing that, in his absence, at least they’d be able to sign everyone else.

That didn’t happen.  Somehow, some way, the Lightning and Stamkos came to terms on an agreement that kept him here for considerably less money than he could have made elsewhere.  In addition to that, the Lightning signed a number of other key players keeping their core intact.

These guys must really like playing with each other.

It’s the nicest happily ever after story Tampa has heard in years.

Lightning GM Steve Yzerman must poop gold.  Either that or he just intimidates guys into staying put.  I mean, who wouldn’t want to play for what is slowly becoming an all-star team of talent.  And who wouldn’t listen to a man who has been there and done that? 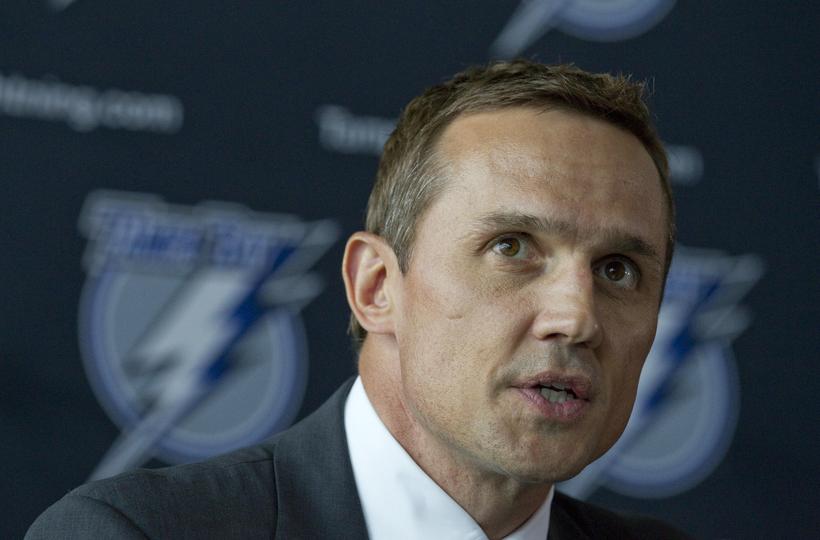 Now that all is said and done and the main contracts are put to bed, it’s time to go out there and skate.  Former Lightning player and Stanley Cup champion Dave Andreychuk said it best.  This team has unfinished business.  The Lightning made the Stanley Cup Finals two years ago, losing to the Chicago Blackhawks in six.  Last year, the Lightning fell one series short of going that far.

This year, anything short of a Stanley Cup championship will be considered failure.  Ownership and management have done their jobs.  They have assembled what they think is a team perfectly capable of winning a championship.  Now the players just have to go out there and get it done.

They have to prove that they can go out and win at the highest level.  I for one believe they can.