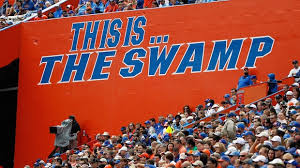 I love it when a plan comes together.  I hate it when one doesn’t.

As a (two-time) graduate of the University of Florida, I’ve seen countless games at the stadium that is currently known as Steve Spurrier Florida Field at Ben Hill Griffin Stadium, aka the Swamp.  It’s a stadium that has more nicknames than Apollo Creed and more hyphens than Elizabeth Taylor.

Considering I’ve seen so many games at, let’s just call it the Swamp, I prefer to take my lone football weekend off a year and travel to a venue I’ve never seen before.

When attending such venues, I generally call upon my traveling companions of twenty-plus years.  If you’ve been reading this site for any length of time, you know them as Brotha E aka the Memphis Kid, Liar North aka the Grand Klan Master and the Don Calvino aka the Don Calvista aka the Donny C.  (Hey, if Florida Field can have multiple nicknames, so can we!) 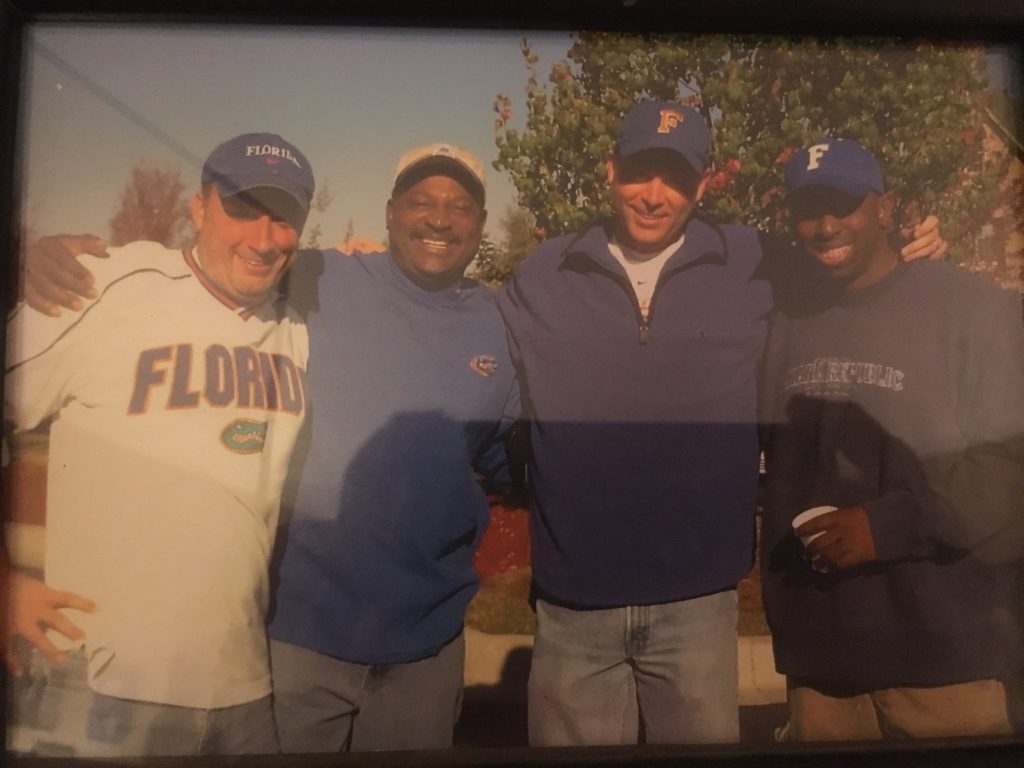 This year’s excursion should we choose to accept it would be to Fayetteville, Arkansas to see our beloved, tenth-ranked Florida Gators take on the formerly ranked yet now 5-3 and still difficult to play Arkansas Razorbacks.

It’s funny.  When I told people I was traveling to Arkansas on vacation, I inevitably got the same response, which was “What the fuck for?”

Because football, that’s why.

The plan was for the three of us, me from Tampa, the Don from Atlanta, and Liar North from Charlotte to descend upon Brotha E’s place in Memphis, trash it for a night or two along with Beale Street, Barbecue and the Stax and Civil Rights museums, then hop a charter flight to Fayetteville to spend a fancy Saturday being obnoxious and slightly uncivilized Gator fans.  That’s how we roll.

That was until the airlines running charter flights from Memphis to Arkansas went out of business.  Tickets had been purchased and hotel rooms reserved.  The only other option outside of spending $800 each on a puddle-jumper was to traverse I-40 to get to this godforsaken game. 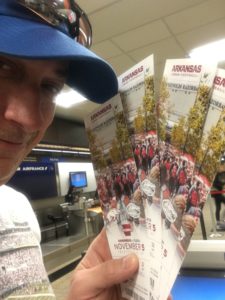 And then there was this.

A day before we were scheduled to board on a plane, I received a text that the Don had fallen ill, Liar North was suffering from vertigo and Brotha E didn’t want to drive the five hours to Fayetteville.  Along with my fully repaired kidneys on alert as to the amount of bourbon we would consume over the next four days, this was bound to be some trip.

After all, we now live in a world where the Chicago Cubs are World Series champions so anything is possible.

11 thoughts on “The Trek to Fayetteville, Arkansas”