“Memphis is a city that hums and thrums. Its song is constant.”

Robert Gordon, Respect Yourself: Stax Records and the Soul Explosion

I have a few US cities left on my “to-visit” bucket list.  For example, I’ve never been to San Antonio.  I hear it’s gorgeous.  I also hear they have a pretty good basketball team.

After having lived in the South for half my life, there are a few cities I’ve grown quite fond of.  Tampa obviously, Savannah, Charleston and New Orleans are among the most beautiful and historically rich towns in our beloved US of A.  But Memphis, where Brotha E, the host of this trip, has resided for almost three years, has always flown under my radar… until this weekend. 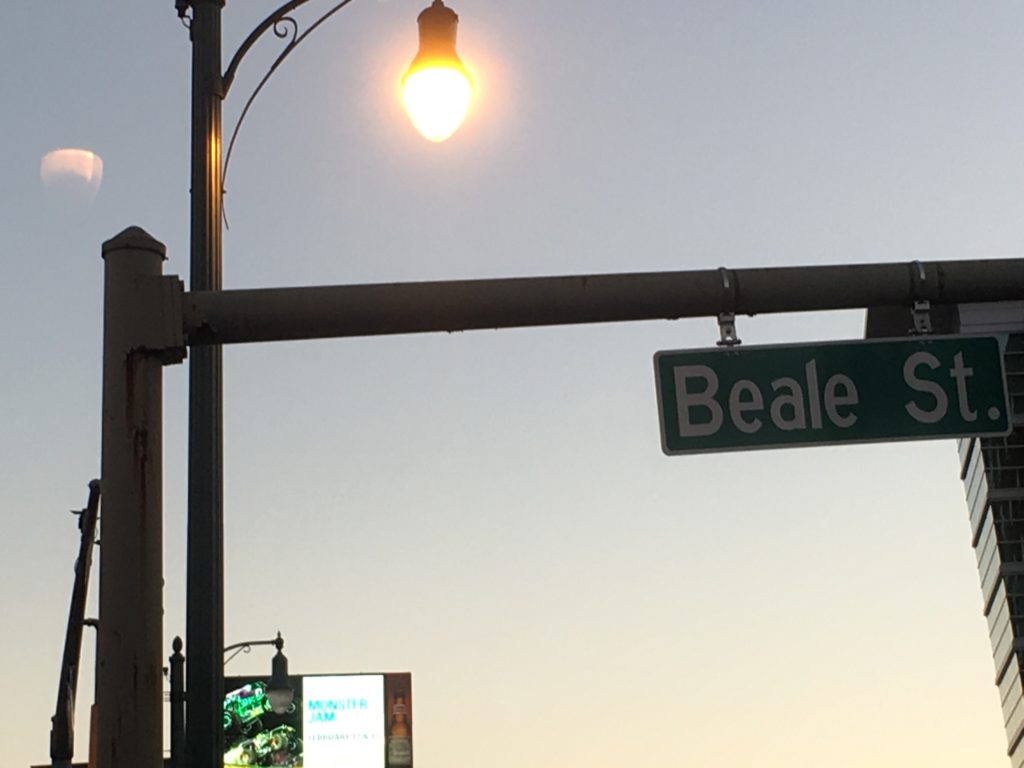 Plans for Fayetteville were still murky.  With a 3:30 kick-off some three hundred miles away, we didn’t know how we were getting there (the airline we planned on taking had folded making flying impossible), when we were leaving (we wanted to maximize our time in Memphis but imminent hangovers would make an early morning drive unbearable) or even who was going.  Liar North’s claims of vertigo were untimely, Brotha E’s refusal to spend twelve hours in a car remained steadfast and the Don Calvino awaited note from his doctor that he was cleared to travel at all.  He remained in Atlanta unsure and unsettled.

As we kept our fingers crossed for the Don’s arrival, Liar North, Brotha E and I hit Beale Street early to get the party started.  Beale Street, Memphis’ most famous party area, is a long strip of bars, barbecue restaurants, tourist shops and live music venues, into which I do believe we entered every single one.  We like to be thorough. 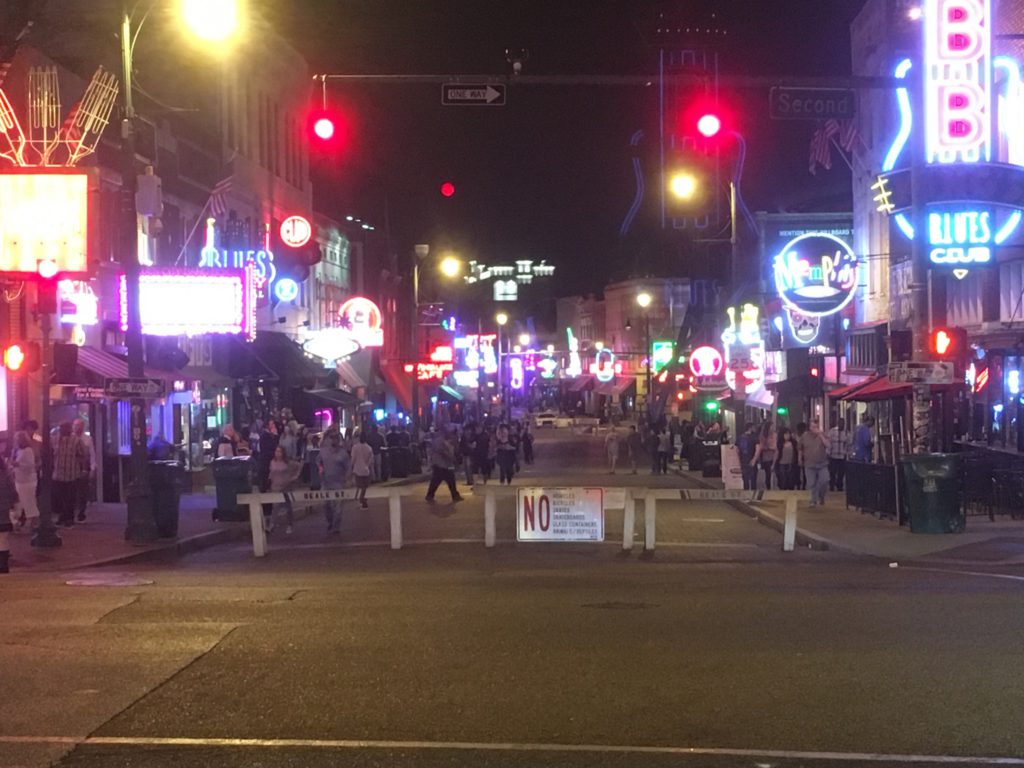 And then there were ribs. 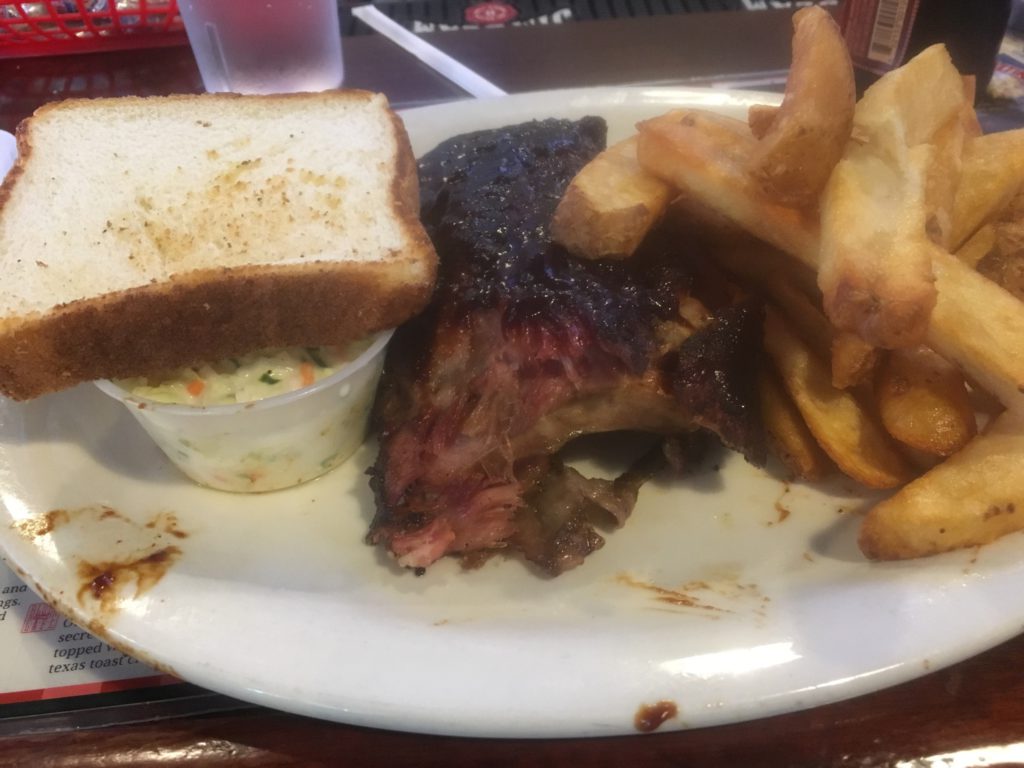 I mean falling off the bone ribs. (Are you hungry yet?)

And there was gumbo… and beer… and day-time cigars to celebrate friendship, football and some good fucking food. 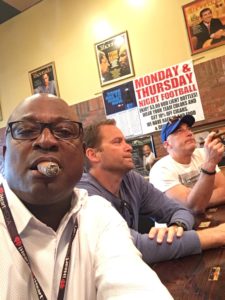 Our first tab came to over $150.  Aside from being a great weekend, it would also be an expensive one.

It would also be one helluva sports weekend.  We had my struggling Buccaneers on TV against the Falcons (which turned out to be a piss-poor game).  The purpose of this trip, other than to catch up and see how much whiskey it was humanly possible to consume in 72 hours, was to watch our beloved Florida Gators in Arkansas, however, we soon found out the Memphis Grizzlies were in town that Friday hosting none other than Chris Paul, Blake Griffin and the Los Angeles Clippers.

On such short notice, Brotha E promised he would try his darnedest to get us into that game but how many tickets would we need?  Would Don Calvino even make the trip?

He had still received no word from the doctor and would not be able to fly in Thursday.  This was bad news indeed.

4 thoughts on “The trek to Arkansas, Part “And Then There Were” Three”