The Don Calvino finally arrived early Friday morning bearing gifts: a beautiful bottle of Bajan rum, officially making it the first bottle of Mount Gay to travel from Barbados to Atlanta to Memphis to Fayetteville and then to Tampa.  Somebody get that bottle a passport.

Now that the Donny C was here, the four of us could properly go about our business.

After stopping off at the nearest Waffle House (why break tradition), we embarked upon what would be a gloriously, full day of sightseeing, laughter and introspection.  The Gators would not play football until Saturday afternoon which gave us an entire Friday to take in the best that Memphis, Tennessee had to offer. 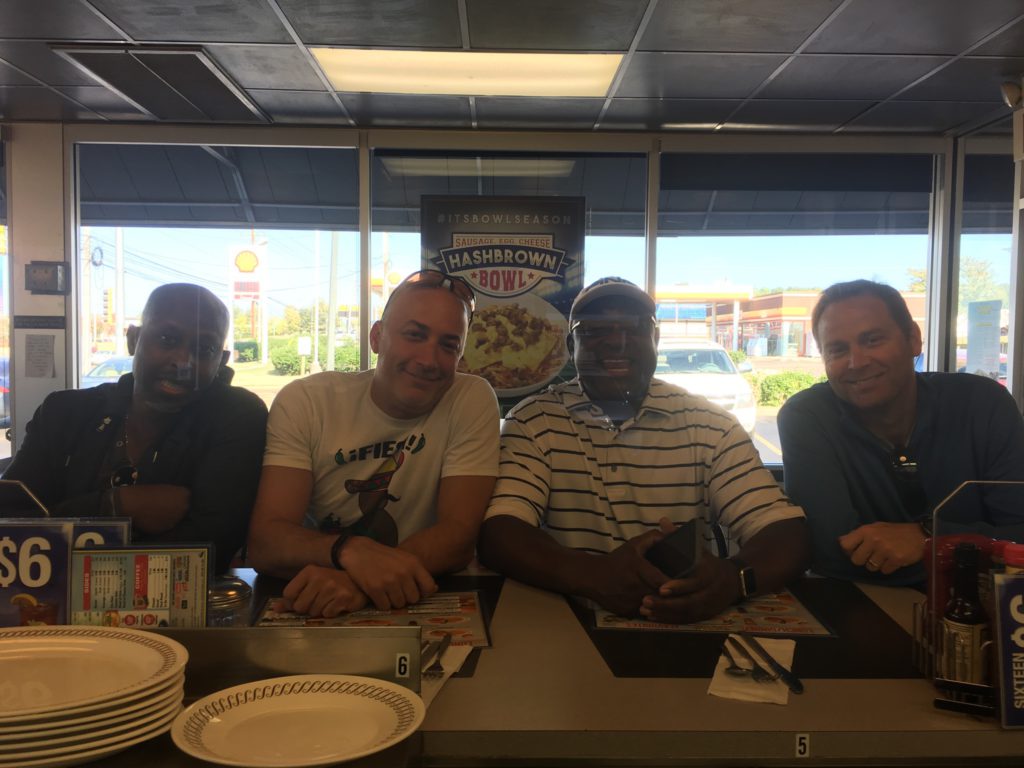 First stop was the National Civil Rights Museum at the Lorraine Motel, an absolute must for anyone visiting Memphis.

I grew up in New York City where there is an impressive museum on nearly every street corner.  Let me tell you that the NCRM was one of the most memorable experiences I’ve ever had within a museum’s four walls.  It was built upon the very site that Martin Luther King, Jr. was assassinated back in 1968.  There is no way to walk through this museum without reflecting about what we’ve been through, and continue to go through, as a people.

I do believe that was their intent. 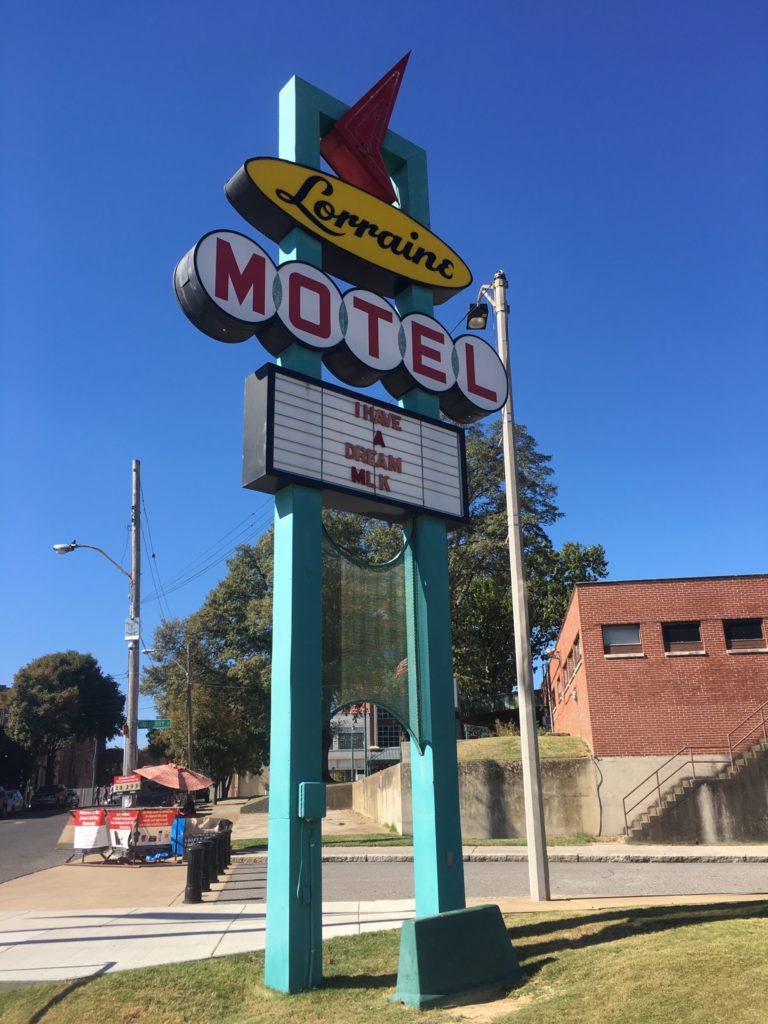 Without spoiling too much of the experience because it’s something you should really visit for yourself, the museum traces the history of minorities’, and more specifically African-Americans, struggles for civil and equal rights in this country.

The experience starts with the beginning of slavery and takes the visitor chronologically through emancipation to segregation and into the civil rights movement.  There is no conceivable way any words I put down here could do this museum justice but let’s just say that as the museum finally ends, you are led to the very balcony where MLK was slain.  And as you see it, you are overwhelmed with emotion for the sacrifices one man made to make this world a better place. 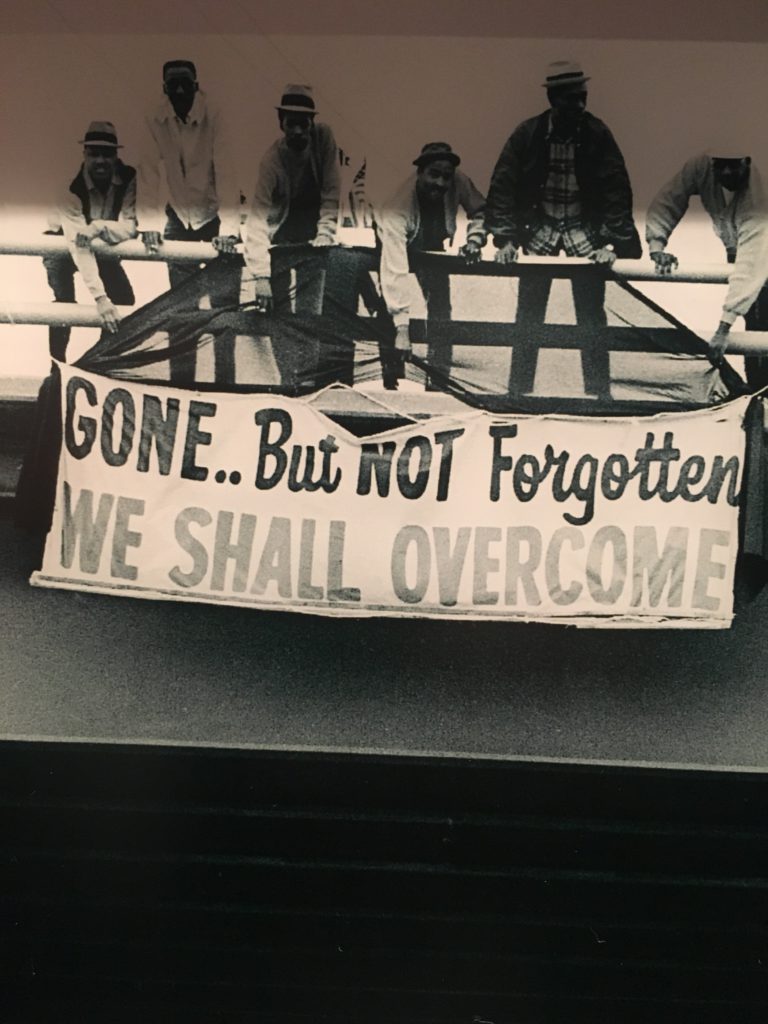 When I visited the 911 memorial back in June, I neglected to delve into the emotions that trip stirred up for me as a native New Yorker, and as an American.  I couldn’t help but feel the same way as I walked through the Civil Rights museum.  My heart felt like it was in my throat and while prideful of all we have overcome, it was still difficult to hold back the tears.

Again, if you ever hit Memphis, you must make a point to see this museum.  It was emotional and educational, exhilarating, somber and inspirational all at once.

Our next stop was a private tour of the FedEx Forum where we would see the Memphis Grizzlies host the Los Angeles Clippers later that evening.  The tickets came through.  You knew that they would.

We followed up that tour with another Memphis staple: The Stax Museum of American Soul Music. 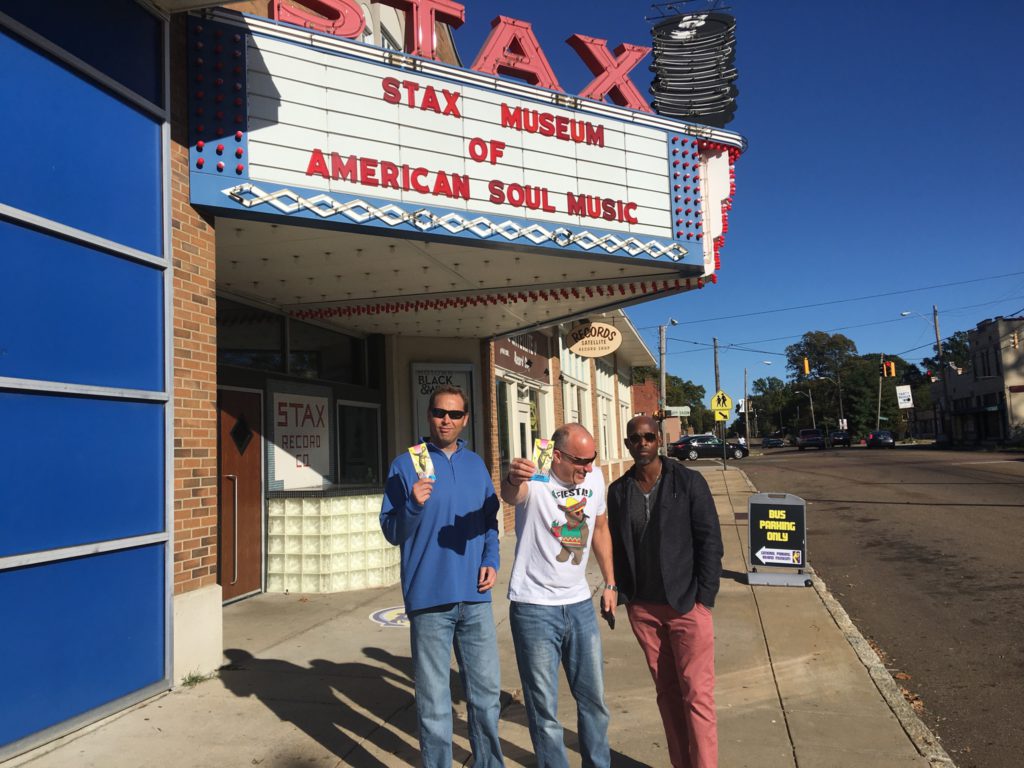 For those of you unfamiliar with the Stax record label, in a short time frame, one small Memphis studio put out some of the greatest soul music ever recorded.  Stax captured the gritty, soulful, raw Memphis sound and featured artists like Otis Redding, Wilson Pickett, Sam & Dave, Booker T. and the MGs, Eddie Floyd, Isaac Hayes, the Staples Singers and countless others.  It was one of the first fully integrated recording studios in the US and it showed in their music.

Stax released music that still resonates to this day.

After that it was off to dinner at a Memphis institution: Charlie Vergos’ Rendezvous.  The “Vous” has been putting out award-winning barbecue from the basement of a downtown building for over sixty years.  Not only is this place like walking into a time warp, our server, “Big Rob” had been working there for 53 years. 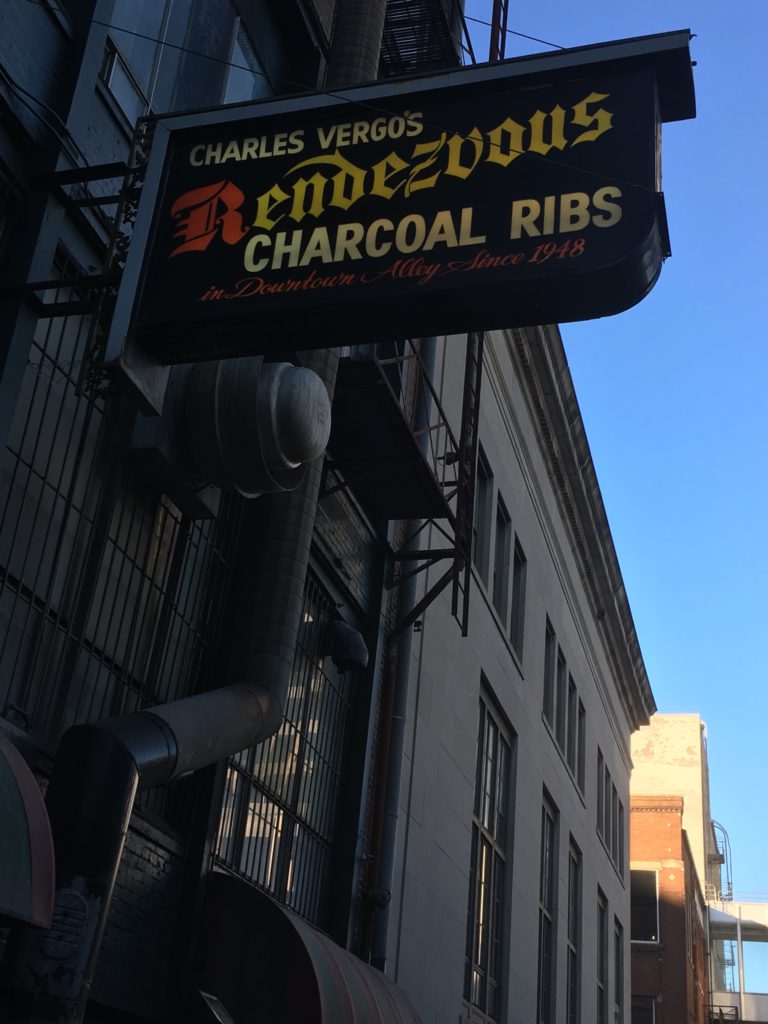 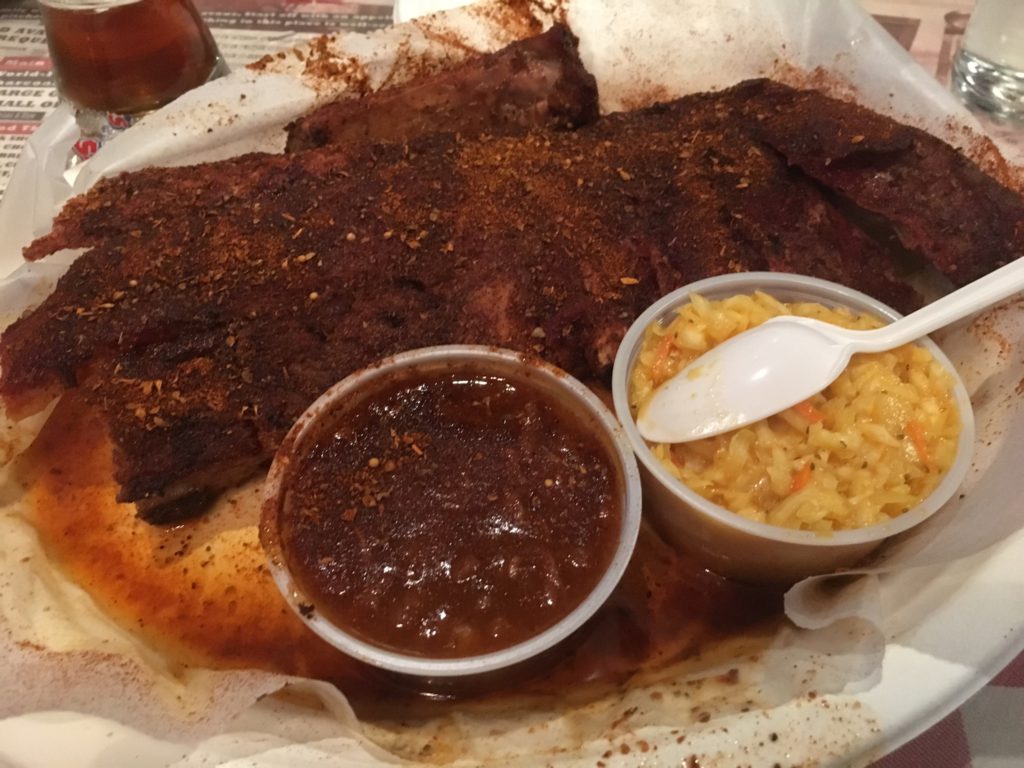 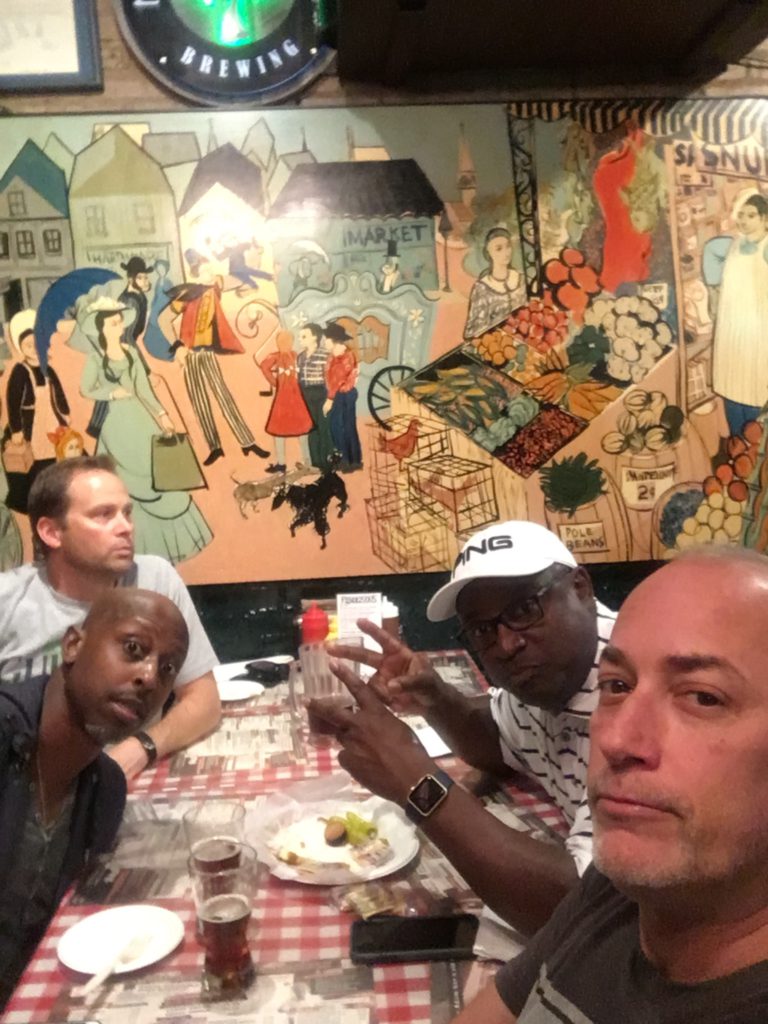 After mistakenly leaving our tickets to the basketball game on the table after paying the tab, and rushing back to get them only to find them in a nearby trash cans with BBQ sauce all over them (whew, that was close), it was off to see the local team play some ball. 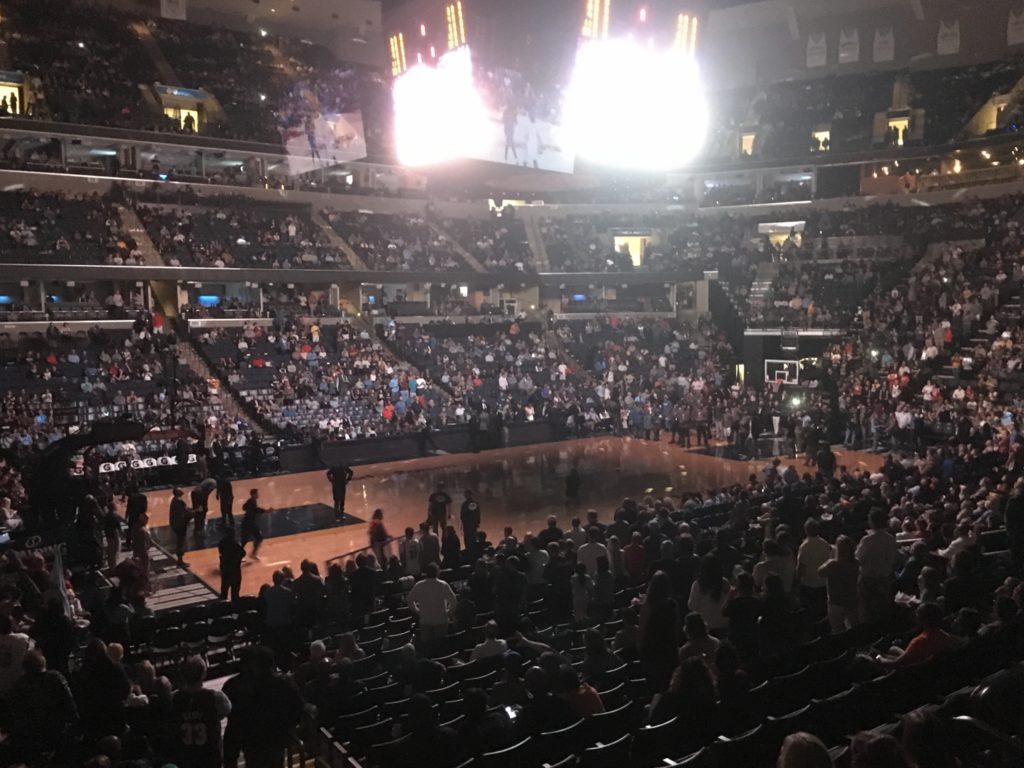 In 2012-13, they actually made the Western Conference Finals only to get swept by the Spurs.  Last year in the opening round of the playoffs, they got swept again… by the Spurs.  If anything, this team is regressing. 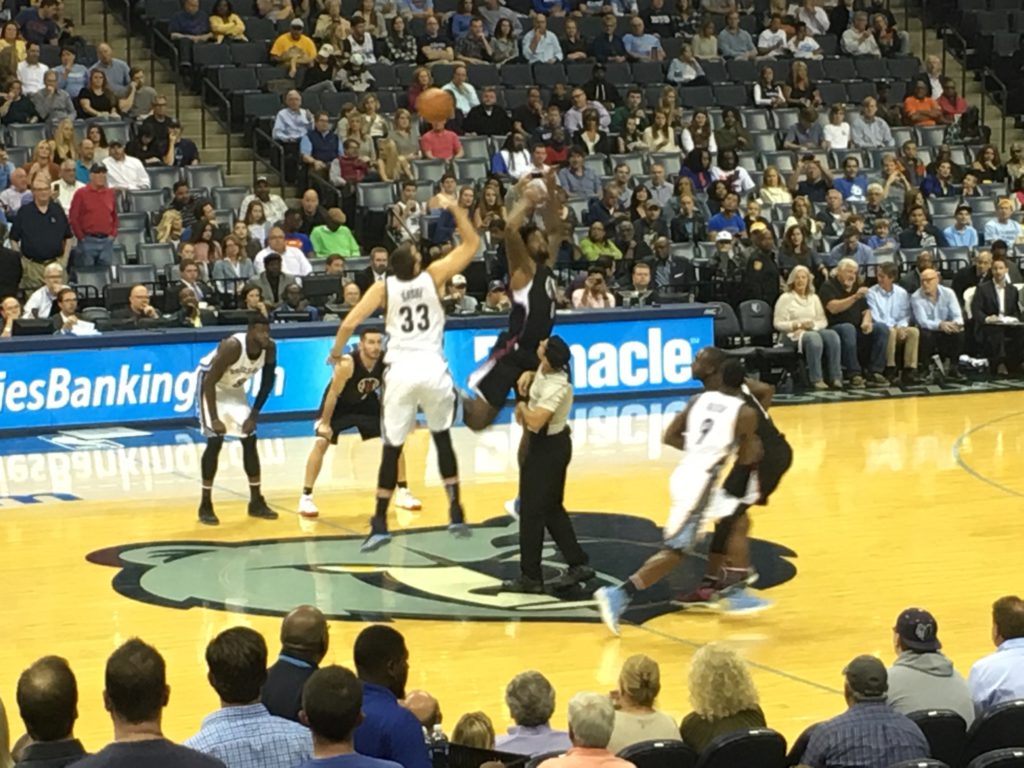 That Friday night, they got smoked off the floor by a Los Angeles Clippers team that looked like they were barely trying.  The Grizz lost 99-88 in a game that was nowhere near that close. 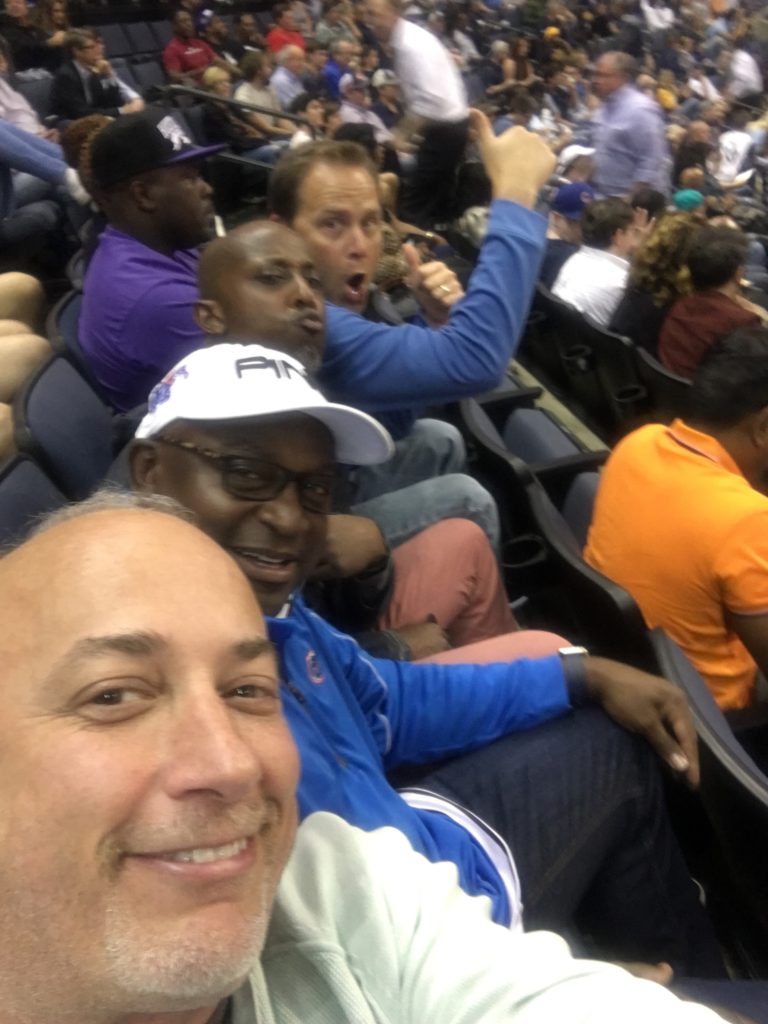 Unfortunately for the four of us traveling Gators fans, that would not be the only blowout we would see that weekend.

One thought on “The trek to Fayetteville, Part “And Then There Were” Four”