In case you haven’t been paying attention lately, we just held a presidential election.  It was kind of a big deal.

Real estate tycoon and now president-elect Donald Trump bested career politician and former first lady Hillary Clinton in what turned out to be a shocker for about half of America and media pundits everywhere.  All election polls showed Trump trailing his opponent until the very end when only one poll mattered: the scoreboard.

It’s safe to say at this point, we are a country divided.

There are more than just a few people unhappy with the way this election was run and the way things turned out.  San Antonio Spurs head coach Gregg Popovich is one of those people. 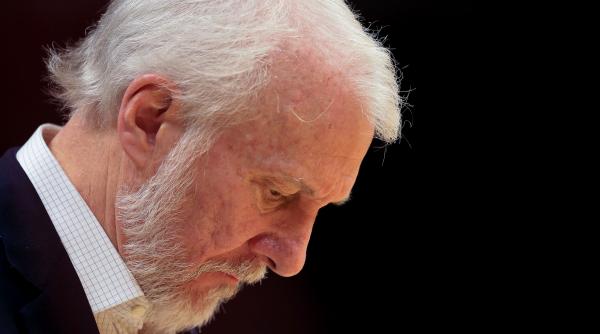 Pop has never been one to curb his tongue, unless it’s during a game in which he simply can’t be bothered by reporters asking questions he deems beneath him.  His curt, sideline antics with on-air personalities are fodder for fans and media alike but that’s alright with Pop.  He could care less how those outside his inner circle feel about him.  He’s made his millions, won his titles and by all accounts is one of the greatest coaches in NBA history.

Recently, however, Pop decided to speak a little longer than usual.  It doesn’t take a private eye to determine how he feels about the man we just elected president.  Take a listen.

You may find Pop’s comments inappropriate and they’ll certainly make for interesting conversation the next time the Spurs are invited to the White House after winning an NBA title as championship teams have done in the past.  That policy might change with the upcoming presidency but we shall see.

Pop spoke his mind and he has every right to do so.  There’s another legendary coach, however, who said he didn’t even know there was an election.  His name is Nick Saban. 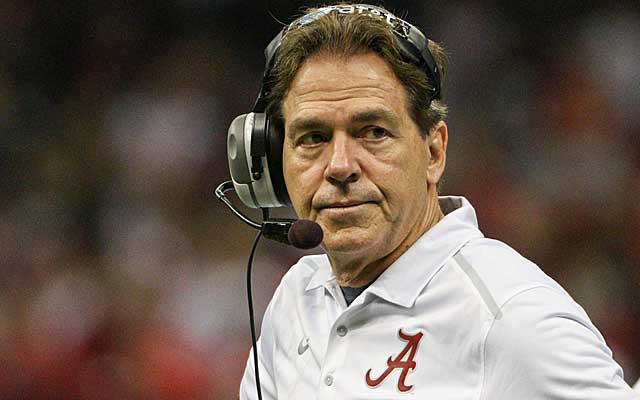 I’m not sure which is more impressive: that Nick Saban focuses so much on Alabama Football that he didn’t know there was an election or that he convinced us all that that was the case.

I mean, I suppose it’s perfectly conceivable that Nick Saban is so obsessed with his profession that he didn’t have time to get out and vote but… nah, he had to have known.  Those nasty campaign ads were everywhere.  I know the internet is a recent phenomenon in Alabama but I’m pretty sure it’s made it there by now.

When asked how he felt about the election results, Saban answered the question correctly.  After all, he lives in a red state and is hands down Alabama’s highest paid public employee.  Nobody needs to know his voting habits, not even the (very small) handful of liberals that root for the Crimson Tide.

Plus by answering the way he did, Saban presents the illusion that Alabama football is more important than whichever candidate won this election which, to many, it is.

The beautiful irony here is those Trump-backers who have blasted our PC culture on their way to the White House see Pop’s comments as out of line when in this instance it was Saban who was the politically correct one by skirting the answer.

What a tangled web we weave.

I’ve never been one to vote the way a coach, actor, player or musician tells me to.  The day I need Joey from Friends to tell me how to vote is the day I turn in my voter registration card once and for all.  But Nick Saban and Gregg Popovich do pull some weight as perhaps the most recognizable and maybe even most influential men in their respective area codes.

You may now hate the Spurs or love the Tide because of their coaches’ comments (doubtful) but that’s what’s great about the country we live in.  We are all free to speak our minds.

Speaking of bad timing and our right to free speech, I tended bar last week for a pub crawl that celebrated the 241st birthday of the United States Marine Corps.  If you’ve ever attended one of these events, you’d know it’s generally a shit show… but it’s a proud shit show.  Regardless of where you stand on the political spectrum, as an American, if you don’t respect the sacrifices our armed forces have made to grant us the freedoms we celebrate, I have a Colin Kaepernick jersey to sell you.

As said Marines were celebrating their birthday, a group of local protestors, apparently Popovichian-ly unhappy with the election results, decided to unknowingly march right past their celebration.  Things got a little testy.

Fortunately things remained civil thanks to local police officers and the cooler heads that prevailed on either side of them.  Marines have fought and died for the rights of those holding the picket signs and even liquored up, they were far too disciplined to pick a fight on their holiest of days.  And the protestors had enough sense to realize that starting shit with 400 Marines is not the way the wanted to spend their Thursday evening. 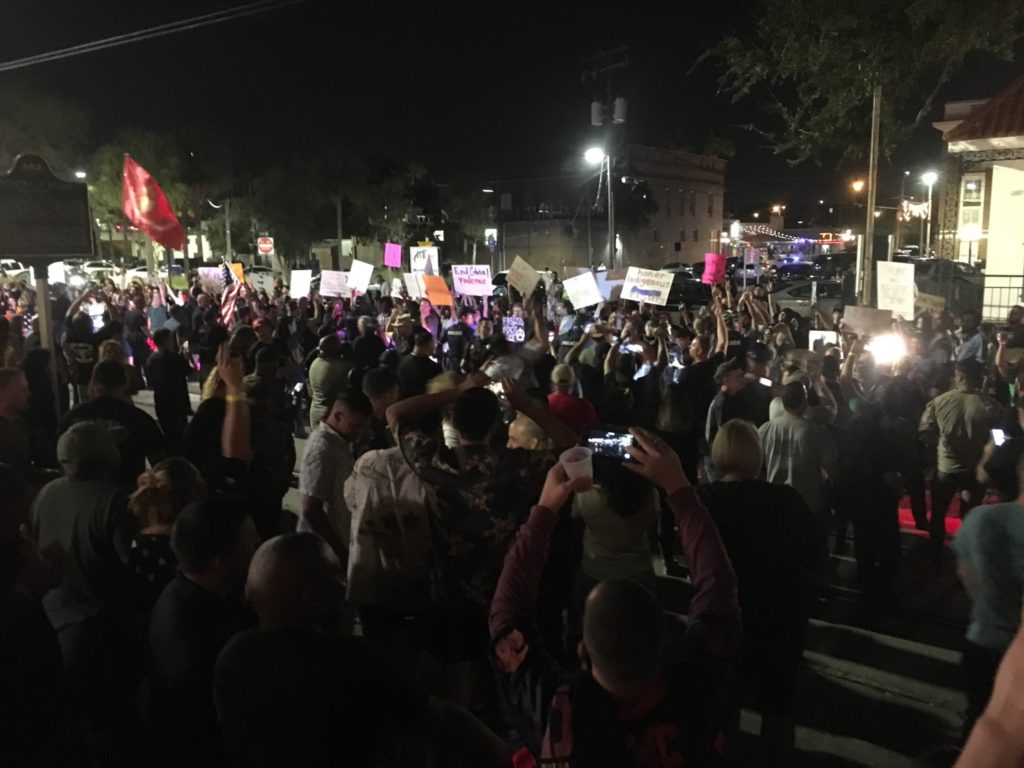 My friends, this is America and regardless of who we elected president, I’m damn proud to live in a country that allows us to express our differences of opinion.  I’ve lived in places that haven’t.  Our liberties provide the opportunity for Pop to say what he did and Saban to say what he didn’t.

The sooner we realize this is what makes America great and use that to our collective good, the better off we’ll be, regardless of what it says on your voter registration card.

17 thoughts on “Coaches, opinions, protests and wait, there was an election?”