The following is a tale of success and heartbreak.  It’s a story of unlikelihood yet perfect probability.  For on any given Saturday…

I say Saturday because betting on college football is perhaps the most thrilling way to make money wagering during the sports calendar year. 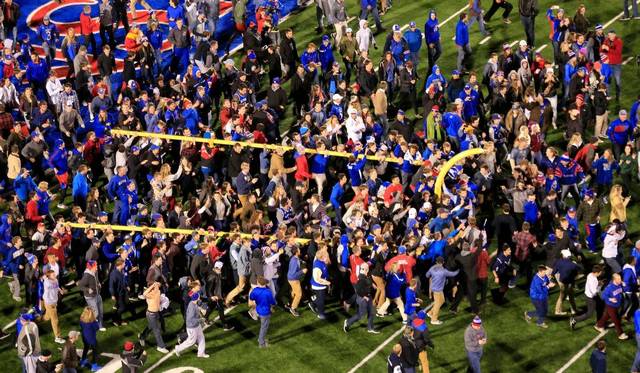 While you’ll have nice fat money lines in the NFL, there is so much parity in the league that you will rarely see a huge favorite.  And if you do, Las Vegas will generally temper those money lines.  Rarely if ever will you see a +1000 money line (ten-to-one odds) in the NFL only because Vegas knows sick bastards like me will play it.  For example, this week the New England Patriots, one of the league’s best teams, traveled to San Francisco to play the 49ers, one of the league’s worst teams.  The point spread was 12 and the Niners were +500 to win, meaning if you bet them to win outright and do not take the twelve points, you would earn five times your original wager (if San Fran wins), which isn’t bad but it’s not like the NCAA.

Every so often during the college season, you’ll find some hidden gems and in my mind, there’s no reason not to play them, especially when they make perfect sense.

Let’s take Texas-Kansas for example.  The University of Texas Longhorns, coached by the soon-to-be-escorted-out-of-Austin Charlie Strong, were 23-point favorites going into Lawrence, Kansas.  I’m not sure who set that line so high considering Texas has been atrocious this season but I guarantee you’ll find them on line at the resume store alongside Coach Strong. 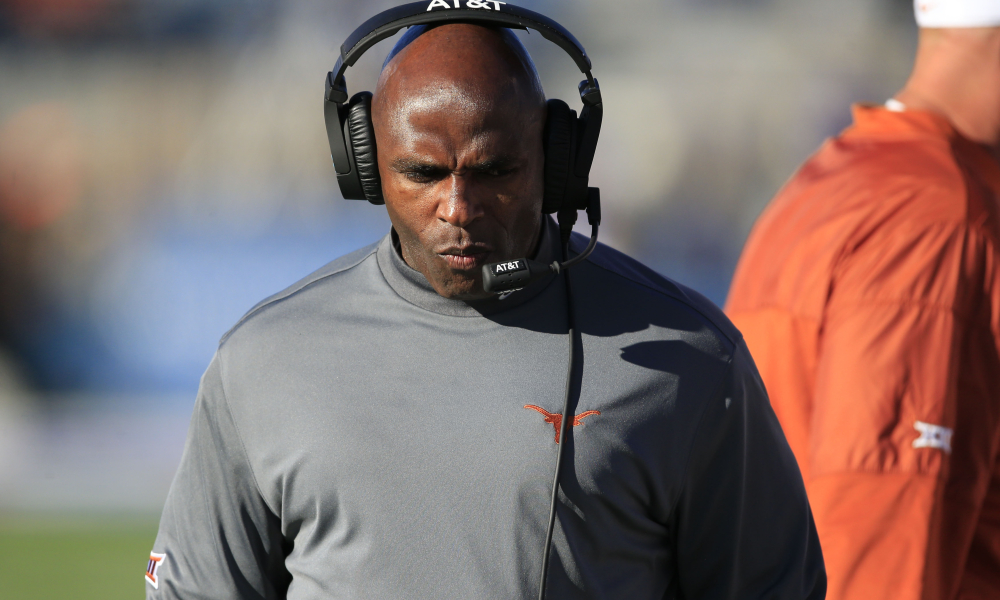 Very often, Las Vegas won’t have a money line with spreads that high because, as I mentioned earlier, people will bet them and Vegas doesn’t like paying out that kind of money.  Don’t get me wrong.  Most bettors found it highly unlikely that Texas would lose to a 1-9 Kansas team but why not?  Kansas had to win one eventually and clearly, these kids at Texas are not playing for Charlie Strong.

So I bet Kansas, wisely.

Again, for those of you who don’t gamble, a money line wager is when you opt out of taking the points Las Vegas is offering and instead take the underdog to win outright.  I love betting this way because a) my return is significantly greater b) I don’t always agree with the lines Las Vegas sets and c) on any given Saturday…

Now, let’s kick it up a notch.  You can also parlay underdogs, which I do regularly and have done for, I don’t know, every week of every football season since I started gambling.  A parlay means you’re putting two teams together.  The trick is they must both win otherwise you’re crumpling your ticket.  If one team loses, you’re done but when they hit, not only is the payout huge but you can run around town boasting you’re the smartest man alive for picking the unlikeliest of upsets.

The trick on college football Saturdays, at least for me, is narrowing down the dogs you like since there are so many out there.  Certainly not all of them are going to win.  In fact, very few will but finding the ones that do and putting them together, which is no easy task, can be insanely profitable.

So here’s the good news from this Saturday.  I loved Kansas only because, as I suggested, this Texas team is as good as toast, and not the delicious kind of Texas toast they serve at Sonny’s but the kind of toast that get coaches fired.  I also liked Vanderbilt at home (won) and East Carolina and UCLA at home (both lost).  The two-team parlay on Kansas (+1000) and Vandy (+300) paid 40-to-1, not a bad hit if you can get it.

The problem is that I had Florida (+400) on another parlay that didn’t hit (because the team I put them with, West Virginia, got pummeled).

Now for the tragedy.

Had I put Florida along with Vanderbilt and Kansas, the wager would have paid about slightly over 200-to-1!!!  And we would have been going to Sizzler.  Trust me when I tell you these chances come along VERY rarely, or according to Las Vegas’ calculations, about two hundred times per every one time you wager.  But these upsets are out there if you look carefully… and are lucky enough.

So what’s the lesson to be learned here?  Pick and choose your spots wisely.  You will never hear me tell you not to bet an underdog.  In fact, I’ll tell you to do that more often than not.  Furthermore, if you like the underdog to win the game, you should definitely bet it money line and enjoy the payout.

Bet wisely and with conviction.  Again, you don’t need to bet huge for big gains.  Just use whatever metrics or hunches or logic you’re comfortable with and hope for the best.  It might just make your weekend.