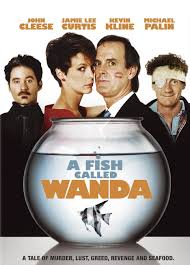 My good buddy J-Dub just wrote a post where he used the plot of “A Fish Called Wanda” to explain to us that professional sports are a nasty business.

I’m not quite sure why he spent his holiday weekend telling us something we already knew unless he was just continuously rewinding the part where Jamie Lee Curtis strips down to her skivvies, which in and of itself is time well spent.

Despite both being beautiful in nature, we didn’t need J-Dub’s words or J-Lee’s curves to remind us professional sports are about the bottom line.  All we needed to do was pay attention.

This weekend was a perfect example and pro sports actually had nothing to do with it, unless you consider college athletics a professional sport, which for all intents and purposes, it is, just with a few more backpacks.

Coaching football is a nasty business in both college and pro sports.  You get very little sleep, have to routinely answer inane questions from the media and have your every move scrutinized by people who know considerably less about your field than you do.

Oh, and there’s no such thing as job stability.

Let’s take a look at the cases of Charlie Strong and Ed Orgeron, both of whom had holiday weekends they’d soon care to forget.

Charlie Strong became the head coach of the University of Texas in January, 2014.  It was a bad fit from the beginning.  That’s not to say that Strong wasn’t qualified for the position.  He was.  He had fared well as head coach at Louisville and had successful assistant coaching stints at both South Carolina and Florida.

Texas, however, is a whole different ball game. 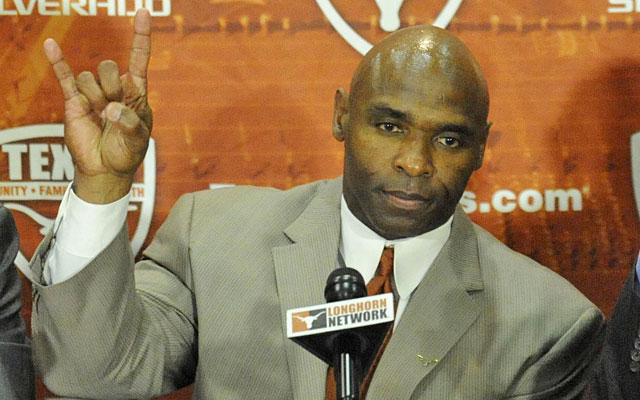 I’m not saying hiring a black head coach at the University of Texas was an overwhelmingly unpopular idea but let’s just say that a few select UT alumni weren’t readying a fruit basket for Coach Strong’s arrival.  Flash back to immediately after Strong was hired when Texas booster Red McCombs called the hire “a kick in the face.”  McCombs’ comments weren’t quite former Dodger GM saying African-Americans “lacked the necessities” to be a head coach in the Majors but they were definitely in the same neighborhood.

Either way, it wasn’t the warm welcome Strong was looking for in a new gig and his performance suffered as a result.  After an underwhelming three years at Texas, Strong is now gone.  Somewhere McCombs is probably sipping fancy, expensive bourbon with a whole bunch of other white guys. 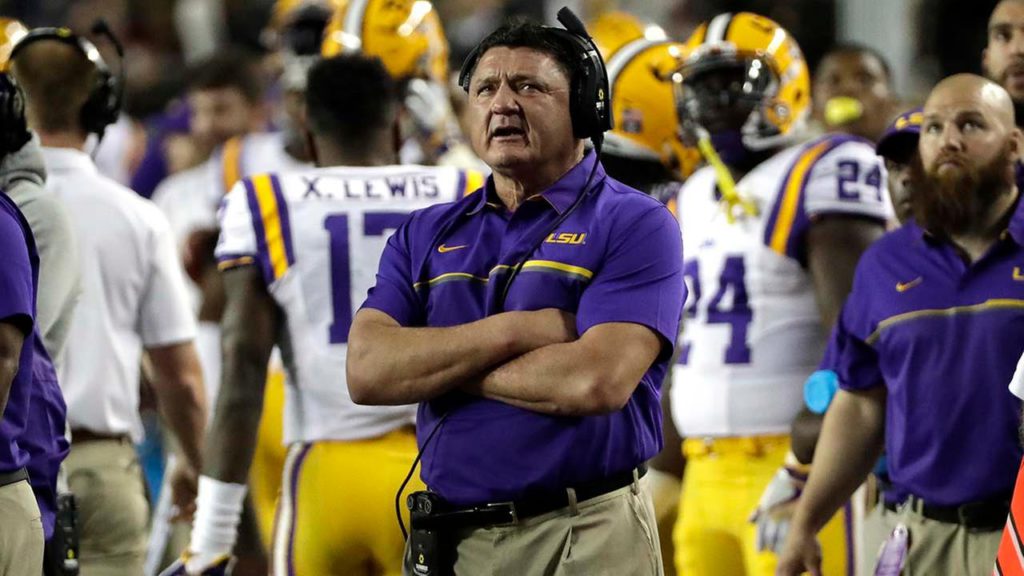 One state to the east, Ed Orgeron took over the head coaching position at Louisiana State when Les Miles was fired earlier this season.  Ed Orgeron is from Louisiana… and he sounds like it.  I’m not saying that’s why he couldn’t get a permanent head coaching position anywhere outside of the Southeast but I am.  He was interim head coach at Southern Cal but was never retained.  He was instead passed over for a coach the school had to fire for drinking too much Fireball.  Yes, Coach Sarkisian, you’re an alcoholic but at least you don’t talk funny.  Welcome to USC!

Orgeron almost lost his interim title at LSU after losing to Florida.  Despite having the support of his players (isn’t that what a good coach does?), LSU expanded their search to include other candidates, including the University of Houston’s he’s so hot right now Tom Herman, who is white, which of course no longer matters when looking for head coaches because it’s 2016.

In the ongoing ugliness that is the search for major college football coaches, Tom Herman allegedly told LSU he was going to entertain Texas’ offer.  Louisiana State suddenly realized they had the man they wanted all along, Ed Orgeron, and Tom Herman will now succeed Charlie Strong at Texas.  No truth to the rumor that Red McCombs will be waiting to pick Herman up at the airport.

Orgeron is a big enough man not to get all butt hurt about LSU keeping their options open.  He’ll be getting a nice paycheck and I’m sure the hard feelings will eventually subside.  Strong will also land on his feet.  Both of them will have learned something that they probably already knew but had perhaps forgotten.

Sports are a frisky business. But all they needed to do to figure that out was watch “A Fish Called Wanda.”