There have been some odd pairings throughout the annals of history: Felix Unger and Oscar Madison, Billy Bob Thornton and Angelina Jolie, me and any woman who’s ever had the patience to put up with my BS.

But I saw a picture this weekend that makes those relationships look functional by comparison.

By this point, we all know Drake is a huge basketball fan.  He’s been seen hooting and hollering at Kentucky games as well as trying to sneak into the Miami Heat locker room after their NBA championship.  Even the Toronto Raptors host an annual “Drake Night” at the Air Canada Centre, of which Kevin Durant is apparently not a fan.

Seen below, however, the hip-hop icon is spotted chilling with a man who has forgotten more about basketball than Drake will ever know: the incomparable Dick Vitale.  Kevin Durant was not available for the photo shoot.

The odd thing about this photo, aside from who’s in it (Drake alongside Mr. and Mrs. Vitale) is that it looks like it was taken inside a funeral parlor, perhaps homage to Drake’s hip-hop career.  If that’s the case, at least that explains why is everyone smiling.

I can’t imagine this photo was taken inside the Vitale household.  If so, what the hell was Drake doing in Sarasota?  Popping in to talk hoops over pasta e fagioie? 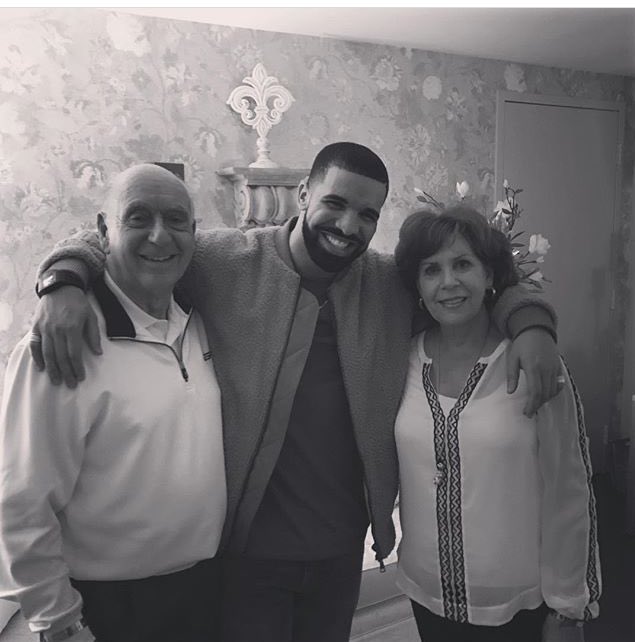 10 thoughts on “The Long-Awaited for Drakey V Caption Contest”