I had this vision the other day of Tom Brady riding off into the sunset after one final, big game victory.

He could always play more football, extending his already Hall of Fame career but at this point, he doesn’t need to. 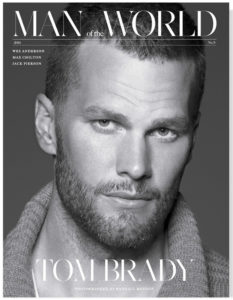 He’s 39 years old and has all the money, fame and fortune in the world.  He’s considered by many to be the best quarterback ever.  He has a super model for a wife, an extensive collection of Super Bowl rings, a dimpled chin and those baby blue eyes.  Seriously, the entire heterosexual male population of New England proper would gladly switch teams for some alone time with Brady.  If you don’t believe me, just ask ‘em.

But let’s delve into the hypothetical here.  Let’s say the Patriots once again march their way to the Super Bowl, which is a perfectly distinct possibility unless Kansas City and Pittsburgh have a few trick up their sleeves.  I’m not saying another Patriots Super Bowl appearance is a foregone conclusion.  I’m just saying for the sake of this argument, hear me out.

Let’s say Brady gets to the Super Bowl (again) and beats whichever NFC team happens to be there, again, another absolutely distinct possibility.

Inspired by all the Deflate-Gate drama and his probably unhealthy will to succeed, the (surprisingly not so) venerable Brady proceeds to have the game of his life: 31-35 completions, 345 passing yards, three passing touchdowns and an additional rushing touchdown on a last minute, quarterback sneak, giving his team yet another Super Bowl win, the apex of his career, all other Super Bowl wins considered.

Let’s say he decides to call it quits right then and there, right on the field, right after the game, a la Peyton Manning the year before him.  The cameras approach him as they have with every previous Super Bowl MVP and ask aloud “Tom Brady, now that you’ve just won Super Bowl 51, what are you going to do now?” 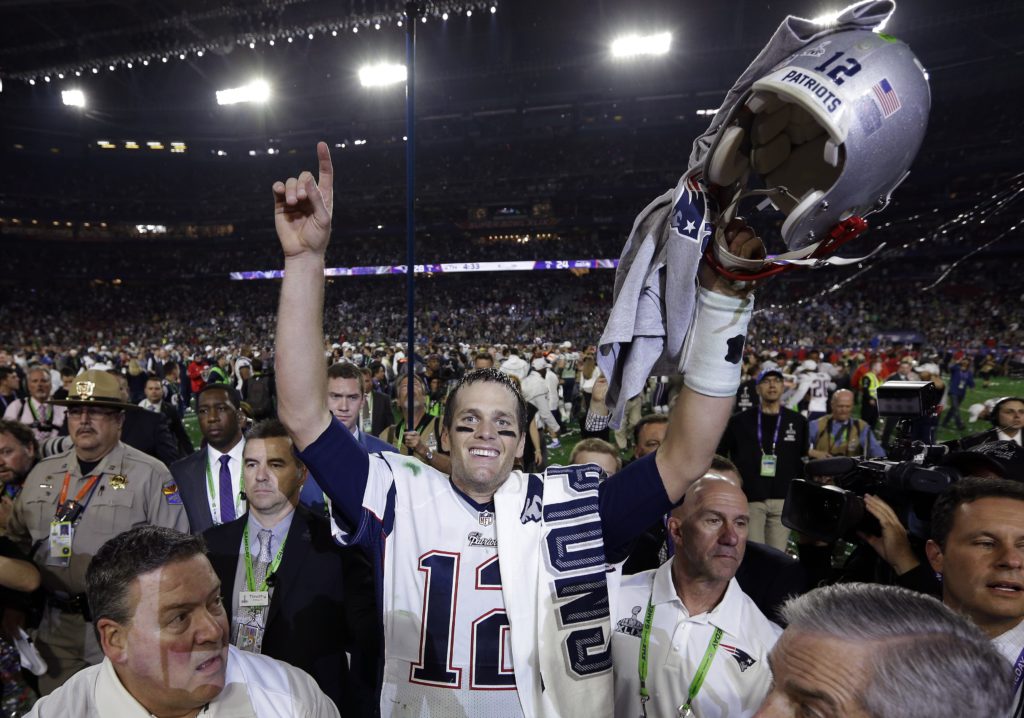 And that’s when it happens.

The millions upon millions of people watching expect him to say he’s going to Disney World.  They know he’s going to say it.  That’s what Super Bowl MVPs are paid to say.

But what if he didn’t?  What if Tom Brady took a moment, glared into the camera, with tons of people on the field, even more in the stands and over one hundred million watching on TV around the world and shouted “Fuck you, Roger Goodell!”

That would be the most Clint Eastwood thing ever.

Remember in “The Unforgiven” when William Munny rides into town after Gene Hackman (aka Roger Goodell) had just killed his long time buddy and travel partner, Morgan Freeman (aka Tom Brady’s immaculate reputation)?  Hackman had left Freeman’s body in cold blood, in a coffin outside the saloon on a dark and stormy night.  At the end of the film, Eastwood rides his horse into town and kills just about anyone who had anything to do with it. 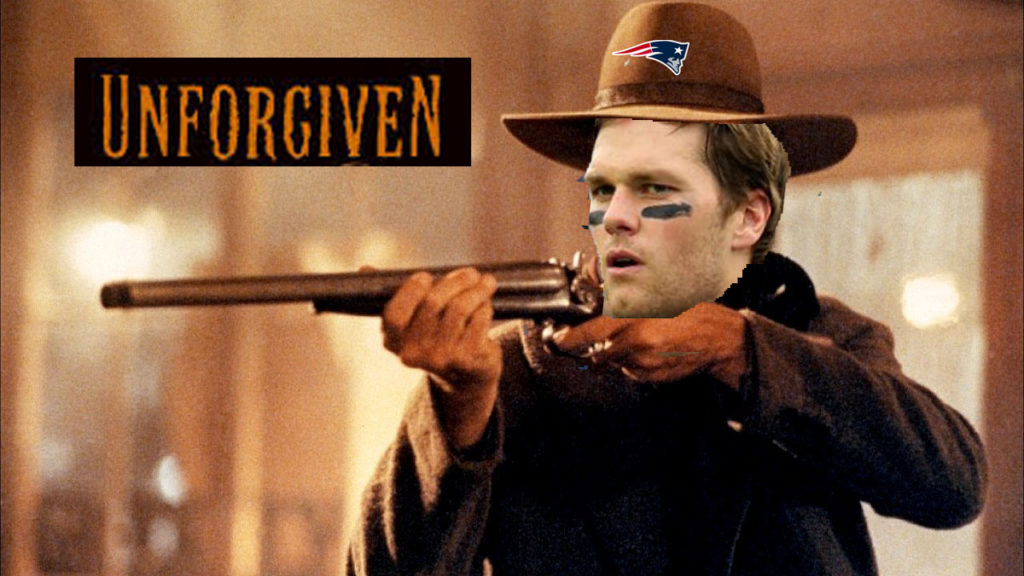 That would be Brady after his latest Super Bowl victory, spurs a-jingling and revenge a-brewing.  After being suspended four games at the beginning of the 2016 season for playing his part, allegedly, in deflating playoff footballs and having his name drug through the mud, Brady waltzed his way through the regular season as if on a mission (25 touchdowns, two interceptions).  He likely won himself another season MVP and capped it off with a Super Bowl win.

And yet, DeflateGate lingers.  Tom Brady is … the Unforgiven, to anyone outside New England at least.

Yeah, that final middle finger to Goodell would be epic… and tremendously Eastwoodian.

Okay, so you’re not into westerns.  How about a comedy then, Ferris Bueller style?  Tom Brady’s Month Off.  Oh, Tom’s very popular. The sportos, the motorheads, geeks, sluts, bloods, wastoids, dweebies, chowdahheads – they all adore him. They think he’s a righteous dude.  Can’t you see Roger Goodell as Ed Rooney with his dress shoes stuck in the mud, sneaking around outside Brady’s palatial estate, trying to find a deflated football somewhere on the premises, only to have Giselle slam the door in his face?  Heck, Goodell and Rooney even have the same orangey hair color and skin tone. 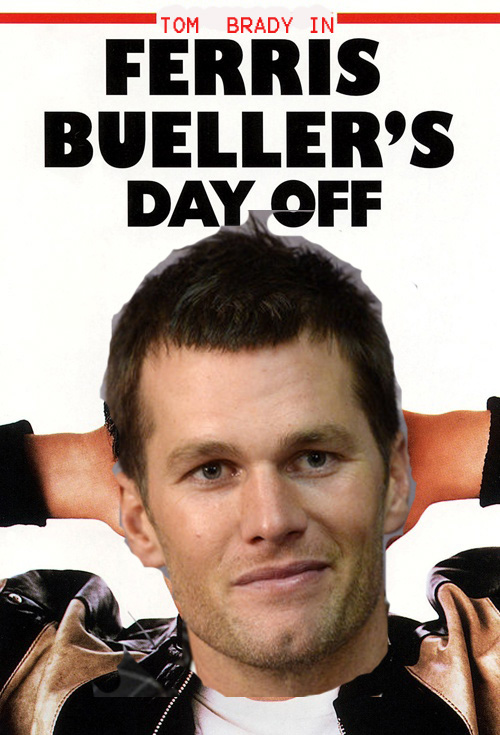 I’m no Brady fan but I like him more than Goodell.  I imagine most of us do.  This could be Brady’s best chance to get the last laugh.  And while dropping an F-Bomb in front of hundreds of millions of people might not be the best thing for Brady’s image and while it might just cost him millions upon millions of dollars in endorsements (like he needs it), you can’t tell me it wouldn’t be one of the most epic moments in NFL history.

He could saunter off the field one final time, like Eastwood after his killing spree, like Ferris exploring Chicago or even like Burt Reynolds at the end of The Longest Yard as he hands the warden the game ball after a well-fought victory against the guards.

Or maybe I’ve been watching too many movies.