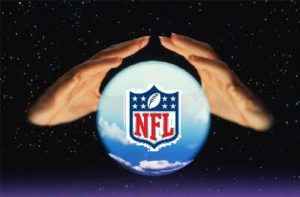 I’ve thought long and hard about who to wager on this weekend and I’ve come to one, well-educated conclusion.

I may lay off the games altogether.

I mean, I have no idea who is going to win either of these two championship games.

Are the Falcons finally going to realize their potential, win the last game they’ll ever play in the Georgia Dome and march on into the Super Bowl or will Aaron Rodgers and the Packers continue their nearly unprecedented hot streak and shock the world?

Will Tom Brady and his New England Patriots achieve the ultimate redemption for DeflateGate by besting Pittsburgh or will the Steelers set aside Antonio Brown’s cell phone shenanigans and get one step closer to the franchise’s seventh Super Bowl.

My friends, your guess is as good as mine… which is why I’ve decided to bring back a contest from yesteryear.

Since the NFL’s Final Four (and ultimate Final One) is so difficult to predict, I’m hosting yet another contest.  This year’s winner will receive a fabulous SportsChump prize pack, which does not include me washing your car, but will include a SportsChump t-shirt (supplies are running out) and a hardcover copy of Nick Eatman’s Friday, Saturday, Sunday in Texas: A Year in the Life of Lone Star Football, from High School to College to the Cowboys.

Here’s how I hosted the contest in the past.  The rules will remain the same so follow closely.

Ladies and gentlemen, we had a pretty successful season picking football games.  Let’s see how good you are at picking the final three.