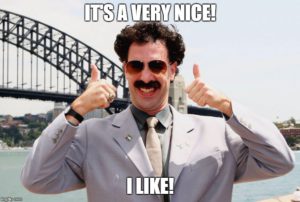 I love NBA trade rumors.  To paraphrase Borat, they make me very excite.

Juicy NBA rumors, well, they’re like my stories, the jostling of rosters, a virtual fantasy team turned reality, sometimes worthwhile but far more frequently failing to live up to expectations which, when it’s all said and done, makes discussing the rumors the most thrilling part of the trade.

With the combined recent dysfunction of the Cleveland Cavaliers (have lost six of their last eight) and New York Knickerbockers (have lost eight of their last eleven), it was only a matter of time before the rumor mill started swirling.  The latest morsel to make the hairs on the back of my neck tingle involves the Knicks allegedly putting the disgruntled Carmelo Anthony on the trading block.

The Knicks apparently want him out.  It was only a matter of time.

Remember a few years ago when we thought it would be cool if all the guys from the 2003 Draft, i.e., LeBron, D-Wade, Carmelo, Chris Bosh, played together on anything other than the Olympic team?  Actually, three of them did.  They won titles in Miami. 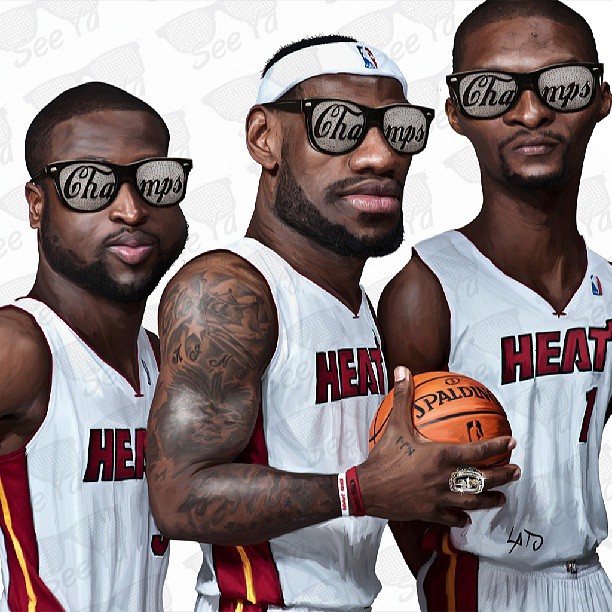 Carmelo, however, was the odd man out.  He remains the only top five pick from that now infamous draft to not win an NBA championship.  Even Darko Milicic, who got picked in that draft before everyone not named LeBron, finagled a ring in Detroit before eventually shuffling off into irrelevance.

Back then seeing ‘Melo and LeBron play together was what NBA geeks like me dreamed of.  These days, the only person who wants to see Carmelo play with LeBron is Carmelo… and perhaps the New York Knicks, otherwise they wouldn’t have kick started that rumor.

Apparently some pencil pusher within the Knicks front office thought it would make good headlines to throw the Melo-to-Cleveland-for-Love rumor out there knowing NBA fans like me would just eat it up, cherishing even the remote possibility of it happening.

There’s literally no way this trade will happen.  But it’s still fun to talk about.

Here’s the thing though.  If LeBron wanted this trade to happen, if he really wanted it, the Cavs would have pulled the trigger by now.  If he thought (and why would he) that Carmelo could bring value-added to the Cavs, more so than Kevin Love, Cleveland would be fitting Carmelo for a uniform today.

Don’t get me wrong.  It would be fun to watch but the risk-reward just doesn’t add up.  The best case scenario for Cleveland is that Carmelo provides another scoring threat that would take attention away from the other two big scorers on that squad en route to a championship which, it bears noting, the Cavaliers did last year with a healthy Kevin Love.  The worst case (and far more likely) scenario is that the team implodes when Carmelo refuses to pass anyone the basketball. 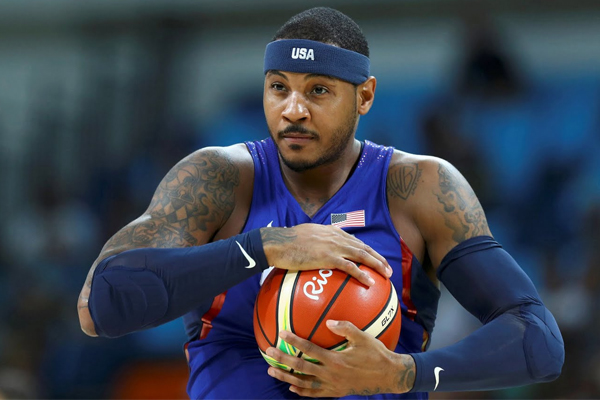 If I’m Cleveland, do I pull the trigger on this trade?  Of course not!  As a fan, do I want to see this trade happen?  Of course I do.

Both of these teams have businesses to run.  Determining all potential outcomes of this trade is part of building (or potentially sabotaging) a championship.  Does Carmelo give the Cavs a better shot at a title in the short term?  Nobody knows for sure but damn if it isn’t fun to debate.

Far more often than not, we tend to overreact to slumps and the Cavs are smack dab in the middle of a nasty one.  Barring any cataclysmic injuries, the Cleveland Cavaliers should still win the Eastern Conference.  They’ll likely do so with Kevin Love and without Carmelo Anthony.

The Los Angeles Clippers on the other hand.  Now THAT’S a different story.  They’re interested in Carmelo too.  Have you heard the latest?