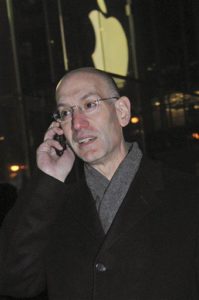 Upset with the goings on at Madison Square Garden this past week, the NBA Commissioner realized he had a real quagmire on his hands.

Knicks owner James Dolan had former NBA great Charles Oakley forcibly removed from the arena on prime time television.  Needless to say, the video went viral and brought back memories of how bloody the cleaned up sport could be.  Back in the day, the NBA Finals weren’t even shown live.  The sport was wildly physical and violent.  Clotheslines were the norm and fisticuffs were commonplace.

Former commissioner David Stern realized that if he wanted to make his sport more palatable to the masses, the violence would have to cease.  His successor, Adam Silver, is carrying the torch. 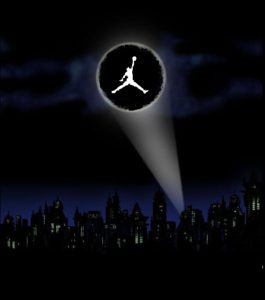 The Oakley scrum was the most violent act we’ve seen in the NBA in ten years and it didn’t even happen on the court.  Silver had to do something.

So what did he do to remedy the situation?

He sent up the bat signal.  Except in this spotlight to the sky, there was no bat in the middle, only the symbol of Air Jordan.

I can see it now, Jordan puffing away at his expensive cigar, sporting his $250 Nike golf shirt and $350 Nike slacks, about to tee off on the fourth tee at some exclusive golf club (none of which he had to pay before because he’s Michael Jordan) when his phone rings. 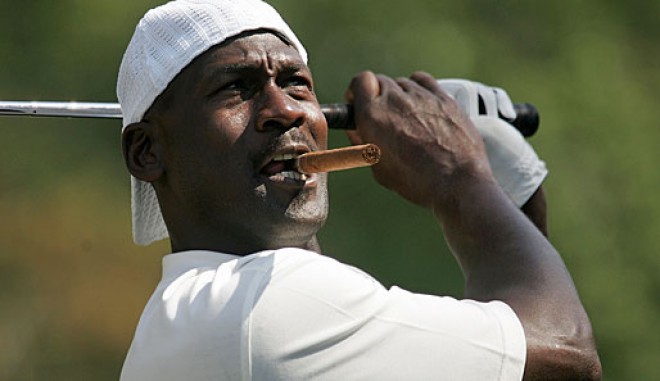 Silver tells Jordan of the news of which he is already well aware.  He had spoken with Oakley the night of his arrest.  Former teammates, Oakley was the guy that allowed Jordan to drive the lanes freely.  Mess with Jordan and that meant you messed with Oakley and nobody in their right mind wants to do that.  It’s why Dolan made sure there were seven security guards nearby when he had him removed.  It probably even dawned on Dolan that that might not be enough.

Enter Michael Jordan, ambassador of the sport for when Michael talks, people listen.  As they should.  NBA ratings haven’t been the same since he left twenty years ago and that’s with marketable guys like Kobe Bryant, Shaquille O’Neal and LeBron James taking over the reins.

So begins Michael’s new part-time gig.  Sports icon, marketing genius, team owner and GM, all that must now take a back seat to his new role as mediator, or perhaps I should say commissioner consiglieri. 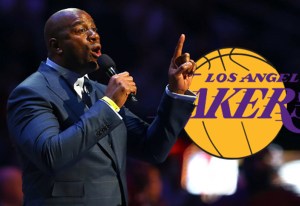 He wouldn’t be the first iconic figure to take on such a role.  In October of 2015, Steve Spurrier resigned as football coach of the University of South Carolina.  The lifelong Gator head coach, alum and Heisman Trophy winner must have felt conflicted over the years going against his alma mater.  Within a year of leaving Columbia, he was back on the University of Florida’s payroll as a special ad-visor (see what I did there?).  The move made perfect sense.  Cut the old ball coach a few million a year and let him do what he does.  Similarly, the Los Angeles Lakers have just hired former great Magic Johnson to do the same because, well, he knows a little bit about basketball and those currently running the Lakers do not.

It only makes sense for the NBA to do the same for Michael, who clearly has a vested interest in the league.  Fewer people watching basketball means fewer people buying Nike gear.

Sure there’s an inherent conflict of interest considering Michael is a team owner/GM but who cares.  If he can create peace between Dolan and Oakley, anything is possible.

We can send Jordan to create long-awaited peace in the middle east.  If anyone can do it, he can.  I mean, they saw him play, right?  Jordan can resolve global warming, make Dane Cook funny and get people to ease up on our current president.  Okay, that might be too much to ask.

Or maybe not.  He is Michael Jordan, winner of rings, slayer of dragons and doer or no evil.

Next up for Jordan, rescuing kitties from trees, babies from burning buildings and the long-awaited cure for the common cold.  He’ll sling on his limited issue Nike cape (to be found encased in glass at a Dick’s Sporting Goods near you), leap Madison Square Garden in a single bound and create peace and harmony between current Knicks owner and one of its former beloved players.

The only thing he won’t be able to do is make that team win.  That’s too much to ask of anyone.