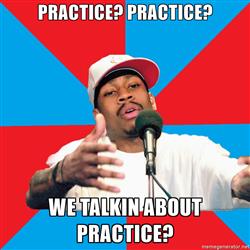 Practice!  We are who we thought they were!  Playoffs?!?  I want winners!  You play to win the game!

These are lines captured in brief moments in time that have come to live in sports infamy.  Like quotes from your favorite movies or lyrics from a famous song, all it takes is one emotional press conference and a coach on a whim to have a phrase etched into our vernacular forever.

Well, move over, because we just got another one, baby.

In less than three minutes, a steaming mad, rookie coach entered himself into the soundbite hall of fame and we have NBA officiating to thank.

For six quarters, David Fizdale’s Memphis Grizzlies were out-scored, out-played and out-hustled by the second-seeded San Antonio Spurs.  Then came a run.  By the end of Game Two, it looked like the Grizz might make a series out of it after all.  Then came the whistles or according to Coach Fizdale, the lack thereof. 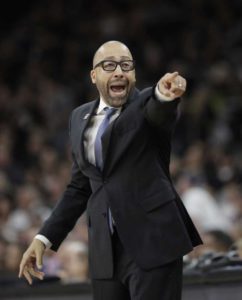 After a highly-contested game, the Spurs scooted off the court with another victory in what many felt was an unevenly officiated game, Fizdale included.

I’m going to let coach Fizdale speak for himself but first, so that you don’t miss a thing, one of my favorite elements of the rant-shortened press conference you’re about to witness, and there are many, is that you can hear Fizdale from the very beginning breathing through his nose as if he were a bull in a china shop about to charge through a bunch of sports reporters, all of them knowing the right question would set the charge.  You also have to love the shout out to having “a glass of wine on the plane” before making any(more) rash decisions.

Sports fans, in case you missed it (and even if you haven’t, it’s worth watching again), I proudly present your top sports rant of 2017.  I would like to officially welcome “They’re not gonna rook us” and “Take that for data” into our sports vernacular.

17 thoughts on “Why I love sports, reason Fizdale”