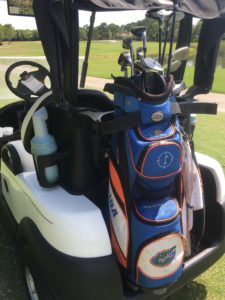 I placed my occasionally lucky golf clubs into the back of the cart on a beautiful, sunny afternoon.  I strapped them in securely and hit the course hoping for a good round.

Considering the news that hit the airwaves earlier that morning, the starter felt compelled to comment about my golf bag.

“I heard one of yours just took his own life,” he said.  I’m paraphrasing.

The news of the day was hard to escape.

I woke up earlier that morning to a text from the Don Calvino that read “Damn, Aaron took the easy way.”  Rubbing my eyes, I took to the internet to see exactly what that message meant.

He had had a troubled past.  With a bedsheet tied around his neck, he had ended his present.

I’ll spare you the gory details of who he murdered (the fiancée of his girlfriend’s sister) since those details themselves are sketchy at best and incredibly troubling at worst.

Hernandez, who days earlier had been acquitted of other gruesome murder charges, already faced life in prison without parole.  On Wednesday, he took his own.

Florida alum or not, it was hard not to be disturbed by the news.  A solemn day for a sunny one, this was a tragic end to an already tragic story.  It’s not every day that SportsCenter leads with news like that.

No tasteless pun intended, Hernandez was a huge weapon on the football field.  As a tight end at Florida, he proved invaluable in bringing Urban Meyer his second title to Gainesville.  He led the Gators in receiving yards in the national championship game against Oklahoma.  On the surface, he appeared destined for greatness.  Clearly some NFL team would take a chance on him and did.  The Patriots selected Hernandez in the fourth round in 2010 and were happy about their pick until they had to remove his jerseys from the sales racks a few years later. 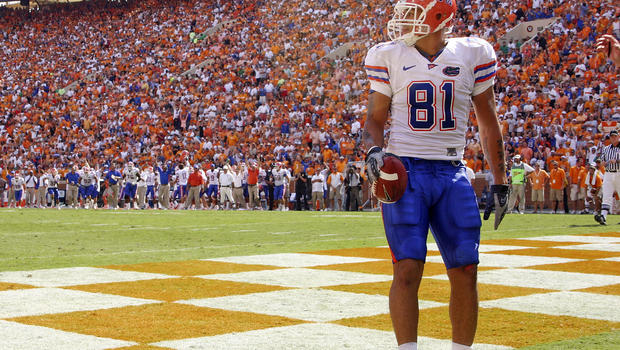 Hernandez racked up pretty impressive statistics his three years in New England.  He did at Florida as well.  Rumors of his shady extracurriculars were overshadowed by his play.

I’m not going to get into the whole what a shame for a kid who had so much talent routine.  That’s the last thing those who Aaron Hernandez affected want to hear.  We deal with the cards we are dealt.  Clearly Hernandez’ troubled past ate at him until it ended him.

We shouldn’t pretend that this sort of thing doesn’t happen every day.  It does.  This was just a high-profile case because he wore an NFL uniform.

This is a story with no happy ending.

17 thoughts on “The Day Hernandez Died”