As you all know, I tend bar for a living.  I’m also a bit of a sports fan, hence the website you’re currently reading.

Part of being a good bartender is the ability to strike up conversation with your customers, particular on the off nights.  Customers will gladly engage in talk about sports, music, movies, business, their travels, personal lives and whatever else comes to mind.

That being said, two gentlemen walked into my bar last Monday evening to partake in a few cocktails, some good conversation and to share some pearls of wisdom.

These two guys in particular, to whom you’ll see I soon owe a debt of gratitude, were vacationing from South Florida and happened to mix in a few rounds of golf while staying within the friendly confines of Tampa proper.

As I soon found out, we had more than just golf in common.  They also dabbled in the occasional sports wager.

We got to talking about both.

Considering I’ve been taking the summer to semi-aggressively lower my handicap, I asked the better of the two golfers whereabouts, and how well, he had played.  He mentioned that he had mixed in a round at The Claw.

The Claw is the University of South Florida’s golf course, nothing special for the random passerby but it’s a course that will absolutely eat your lunch if you don’t know what you’re doing.

I told said customer that I had never shot below 90 at the Claw to which I remember him replying “Well, you’re not gonna like me then.”

With the US Open on the horizon, I subsequently asked him who he liked in the upcoming major. 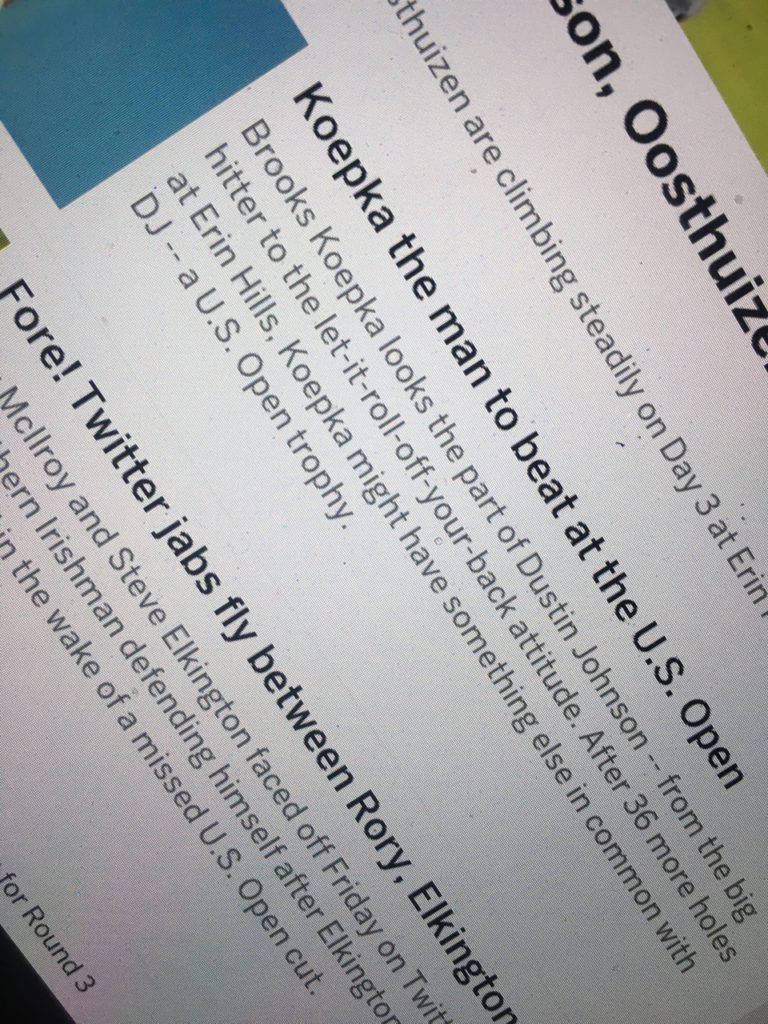 Considering he had just shot an impressive round on an incredibly, difficult golf course and liked to place the occasional wager here and there… AND considering I hadn’t looked much at this year’s field, I took his advice to heart.

He offered up three names that I found distasteful, yet ironic.

Soon afterwards, I sent an abbreviated conversation to my horse whisperer and fellow gambler, Dr. Milhouse.  Here’s how the conversation went:

SportsChump: I have a good bead on some golfers for the US Open.

SportsChump: Talked to a guy in the bar last night.  Pretty good golfer or so he said. Also gambled quite a bit and had looked at some futures.  He mentioned three golfers he liked.  Koepka, Kaymer and Kuchar. I joked that was racist, the KKK theme but what better reason to gamble on something totally random.  Look up numbers on those guys when you get a chance and I’ll go five each on ’em.

SportsChump: In that case, let me get $8 on each

Dr. Milhouse: You got it.

Now, before I get into the happy ending of this story, let’s discuss what a golf future is.

Before every golf tournament, Las Vegas will release their odds on each registered player to win.  It’s the same thing they do with baseball seasons, basketball seasons, football seasons and what have you.  Based on how each golfer is playing (and obviously the public perception of each golfer’s popularity), bookmakers will post the mathematical odds of them winning the tournament.

Predicting which golfer will win a four-day tournament out of a field of well over one hundred is like shooting very small fish in a very big barrel with a tiny, little slingshot packing an even smaller pebble.  But for any sports fan/gambler, betting on a golf major is standard practice.  So why not, right?

Personally, I had never hit a major tournament winner.  Not from the start at least.  Not long ago, I took a small stab on Sergio Garcia going into his final round based on a hunch.  But that only paid four to one and most certainly not… wait for it… forty to one!  Betting from the onset of a tournament is an entirely different ballgame.  Nonetheless, with money to burn, I had no reason not to bet on a hunch a passing stranger had so graciously bestowed upon me.

This is where shit gets weird. Just in case you missed what went down in Erin, Wisconsin this weekend, you all are going to like how this story ends up. 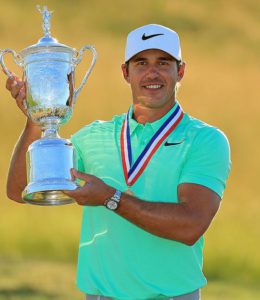 Without getting into the ins, outs and what have you’s about who shot what, when and where, suffice it to say that Brooks Koepka, a golfer I had never so much as heard of before, won the U.S. Open.  And that’s who I had placed my wager on.

I could have studied the statistics such as greens in regulation (which I’ve done), which golfer was more suited to the playing conditions of said tournament (which I’ve also done) and scoured the internet to see who I felt might have the best chance over this particular weekend.  I didn’t.  In the end, betting on golf is like betting on anything else… a good damn hunch.

I followed said hunch and won to the tune of $320 for my $8 wager, not a bad payout for a small stakes gambler like me.  If I could find this gentleman again, I’d buy him a fine glass of whiskey, or whatever he felt like drinking at the time.  And most certainly share a hearty thank you.

Somewhere back in South Florida, this madcap golfer is wondering whether the bartender he talked to had the good sense to place a wager based on the advice he had passed along.  Memo to him: I did.

I’ve written about the bad bets I’ve placed in the past, i.e., betting on the Cavs to win these Finals, but every once in a while, it’s nice to write about a random hunch that pays off and how easy it is to win money if you, sometimes, just listen to the wind.

So, to my newfound golf whisperer who shot a good round and just happened to be passing through, wherever you are, the next time we meet, the golf round is on me.

Perhaps you might be able to give me a few tips on my golf game as well.

9 thoughts on “Strong advice from the strangest places: A hunch-punch lesson in life… and golf futures”