“Take the money and run”

“This is a moral test of one’s self, whether or not you can maintain loyalty.”

The most intriguing free agency signing this off-season is not you who think it is.

Paul George surprised everyone by becoming Durant 2.0 in Oklahoma City.  His isn’t the biggest deal of the summer.  Chris Paul left Los Angeles to sign with the Houston Rockets while Blake Griffin decided to stay put.  Those contracts are newsworthy yet borderline irrelevant.  The Celtics got Gordon Hayward, Zach Randolph flew the coop to Sacramento, Jimmy Butler got traded on draft night and there are most certainly a few other surprises in store before it’s all said and done.

That’s all fine and dandy.  The musical chairs period of the NBA’s free agency has officially begun.

But these are not the biggest signings of the off-season.  Far from it.  Despite all the fancy wheeling and dealing, none of the aforementioned teams will win a title in the immediate future, rendering them gossip-worthy yet bigger picture meaningless.

No, the contract that interests me the most is Andre Iguodala’s. 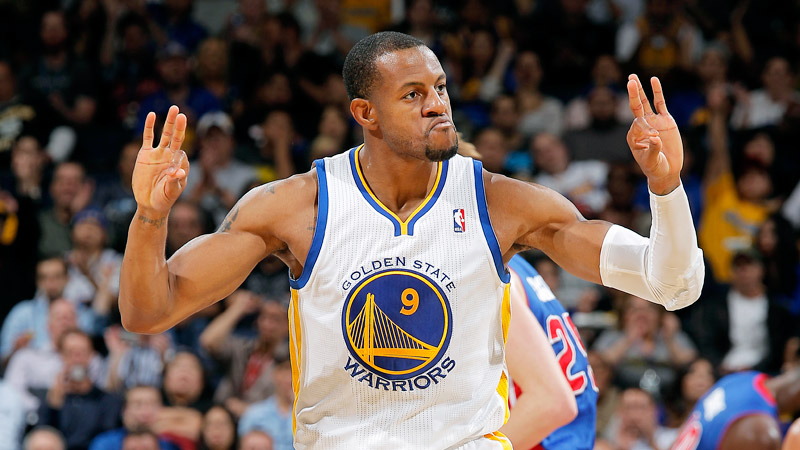 Why Iguodala, you ask?  He’s 33 years old and most definitely past his prime.  He ultimately decided to stay with the Warriors after briefly dipping his toe in the free agency waters to see just how much money he could earn elsewhere.  Not much to see here, right?

That, my friends, is exactly why his contract situation is the most telling of them all.

You don’t need an NBA road map these days to tell you the Golden State Warriors are the best team in the league, and most likely will be again next year regardless of what other rosters fruitlessly try to bridge that gap.  Had Andre Iguodala decided to leave Golden State, they would probably still be favored to win it all.  His absence would in many ways have hurt their style of play but the Warriors could still have won another title without him.

That’s not to say he doesn’t contribute.  Heck, he was Finals MVP three years ago and finished second in last year’s Six Man of the Year voting.  Let’s just say that, hypothetically speaking, had he decided to jump ship, Steve Kerr would have found a way to supplement his 26 minutes and 7.6 points per game, probably by just letting the big three take more shots.

Iguodala’s is the name most commonly mentioned when it comes to players making sacrifices, especially when it comes to the Golden State roster.  After all, Iggy was once a starter and major contributor.  He was a 20-points per game scorer in Philadelphia.  But that was a long time ago.  It’s highly unlikely that he could have recreated the Iggy of old had he moved on.

Still, he tested the market… as he should have.  At 33, this might be the last big contract he signs.  But at what cost?  Was he willing to give up more money for what’s most assuredly a few more rings and a diminished role on the floor and how much more money would that have taken?

What is more important? 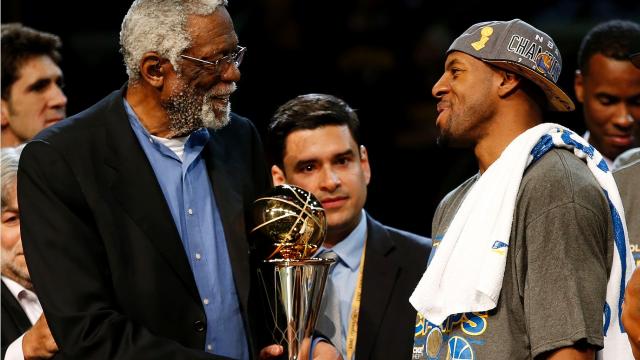 Iguodala informed the Warriors that he was going to test the market.  Things were handled amicably.  After all, Iguodala had built up a fair amount of good will while in Golden State.  I’m sure they understood and respected his position knowing he would be offered more elsewhere.  When it was all said and done, the Warriors ended up paying him $48 million over three years, far from chump change unless you consider the guy a few lockers over just got paid four times that.  With Curry, Durant, Thompson and Green also all banking, 48 million was the most they could have paid Iguodala.  Durant even took less money so they could keep him.  The Lakers, Spurs and Rockets all expressed interest in Iguodala and probably could have offered him more money.  He would have ended up playing more minutes too… in a losing effort.

That’s what made Iguodala’s decision so intriguing.  It’s like making a deal with the devil, a sharp-shooting, three-point barraging, 130-points per game scoring devil.  Take less, play less, win more.  All sounds like a fair trade-off to me.

These career decisions don’t take place in a vacuum and can’t be compared to anything else.  I could ask you whether you’d take more money to work in a less successful firm or less to work for a better one but that comparison doesn’t hold water.

For Iggy, the choice was simple.  Land one last monster contract to take care of your family for generations to come or stay put and clear a lot more room in your trophy case.  I ask you, does winning championships ever get boring?  Apparently not for Iguodala.

In the end, not too many fans are surprised he stayed put.  $48 million is nothing to sneeze at.  Nor is his opportunity to win three more rings as his career winds down.

But for a max deal, would he have gone elsewhere?  Would it have been worth it?  Would another fifty million would have made the difference?  If he had been offered $100 million and a slightly longer deal, would he have taken it?  Would you have?  How much are championships and peace of mind worth and how much money does one man need?

Andre Iguodala staying in Golden State is the most important free agency signing of the summer because it keeps the core intact for a team already heavily favored to repeat.  It also speaks of one’s priorities.

If I offered you Golden State or the field to win next year’s NBA title, you’d have to take Golden State, right?  It’s the smart play.  Iguodala knew that too and that’s why he’s staying put.