Let’s talk about James Harden for a moment.

On Saturday evening, the Rockets announced that they had signed James Harden to the richest contract ever awarded an NBA player.  Harden’s “supermax” extension will pay him $228 million through 2023.  If he doesn’t already, James Harden will soon have one of the nicest homes in all of Texas.

As he should as the face of that franchise. 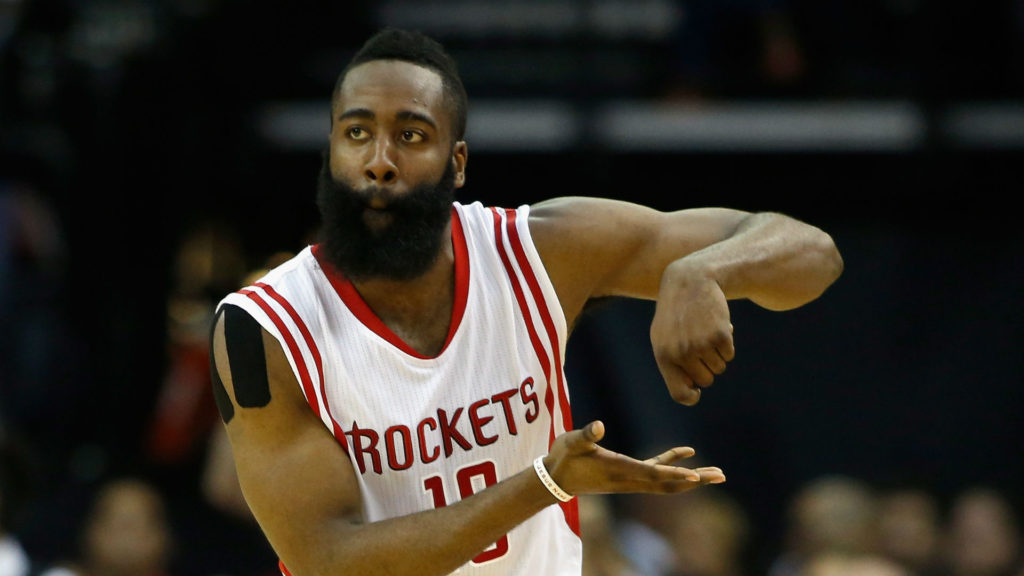 That being said, James Harden has never won an MVP award.  He’s come close including finishing in second place last season to Russell Westbrook, who has to be licking his chops at the contract Harden just signed, for he knows his time is coming.  But still, Harden has no MVP trophies on his mantelpiece.

James Harden has yet to win a scoring title.  He’s come close.  The last two seasons, he’s averaged 29 points per game.  His scoring per game has increased in each of his last four seasons.  Perhaps even more impressive, his assists per game total has increased every year he has been in the league, capping off at a rather impressive 11.2 per game, which led the NBA last year.

James Harden is a fantastic basketball player… but still, I couldn’t help but wonder, if I were a Houston Rockets fan, how I’d feel when I heard the announcement that he had been locked up for good… and for a lot of damn money.

Let’s get one thing out in the open.  In no way, shape or form am I hating on the contract James Harden just signed.  More power to the guy for demanding, and landing, what the current market is willing to pay for his services.  With $228 million, Harden could conceivably buy his own sports team.  He very well may.  But to put things in their proper perspective, Dirk Nowitzki, the greatest Dallas Maverick ever, who played with that team for 19 years, has earned $241 million over his entire 19-year career.  In 19 years, the San Antonio Spurs paid Tim Duncan $238 million.  I can’t help but feel that Nowitzki and Duncan meant more to their Texas franchises than James Harden ever will. 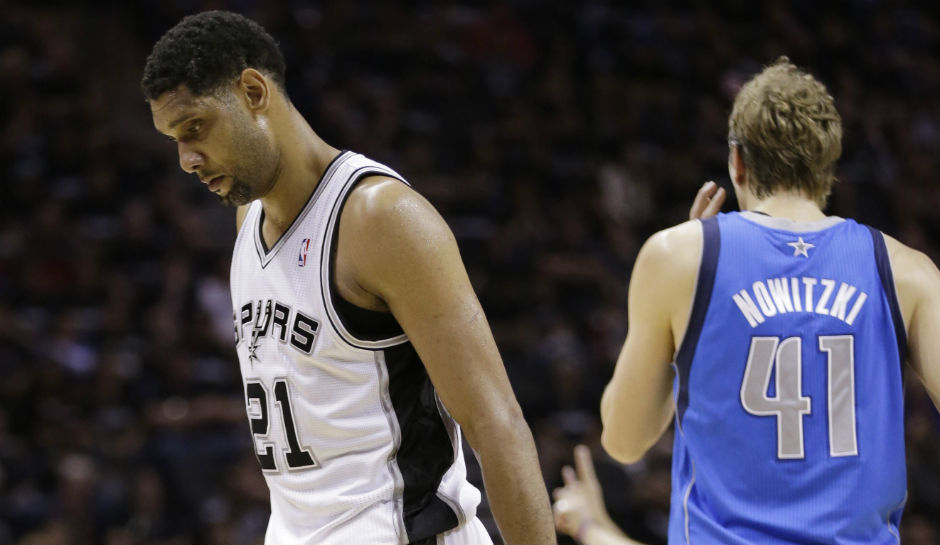 The NBA’s recent television contract allows teams and owners to now shell out Harden money for its superstars and rest assured, James Harden is exactly that: he is a top-six player in the league.  To Harden’s benefit, timing is everything.  He won’t be the last to receive this sort of money either, that is until the NBA eventually pulls back the reins, the inevitable ebbs and flows of the marketplace.

I’m not calling Harden a bust, far from it, but I can’t help but think of other big contracts that didn’t pan out.  Before the NFL instituted a cap on rookie salaries, Sam Bradford signed a six-year, $78 million deal before he had thrown a single pass in the league.  His contract ended up handicapping the Rams for years and was largely responsible for the NFL restructuring its deal with draftees.  In 2001, the New York Knicks, no stranger to the bum contract, signed Allan Houston to a six-year, $100 million deal.  It is commonly considered one of the worst contracts ever signed, from a team’s perspective.  Houston’s knees gave out and he was never able to live up to the hype that the contract promised.

The numbers involved in those contracts pale significantly in comparison to the numbers Harden just signed.  $228 million is attention-grabbing, even to Donald Trump.

To be clear, I’m not hoping any ill will on Harden or the Rockets.  I have no dog in this hunt.  But it is sure starting to seem that NBA franchises are taking a monster gamble on individual superstars.

I’m not sure you can put a price on winning a title.  For example, the Golden State Warriors have won two out of the last three NBA championships… but were they the most profitable team in the league?

According to Forbes, the four most profitable teams of the last five years were the Chicago Bulls, the Los Angeles Lakers, the Detroit Pistons and the New York Knicks.  In case you haven’t been paying attention, those teams have been horrible over that same time, bordering on irrelevant.  Ironically, the fifth most profitable team over that same time period is the Houston Rockets… so at least they had the money to pay Mr. Harden.

The money NBA teams now pay its players is beyond our comprehension, making the deals they sign players to, shall we say, risky.  I can’t imagine there was a single person in the room on either side of these negotiations whose hand wasn’t shaking while signing on the dotted line. 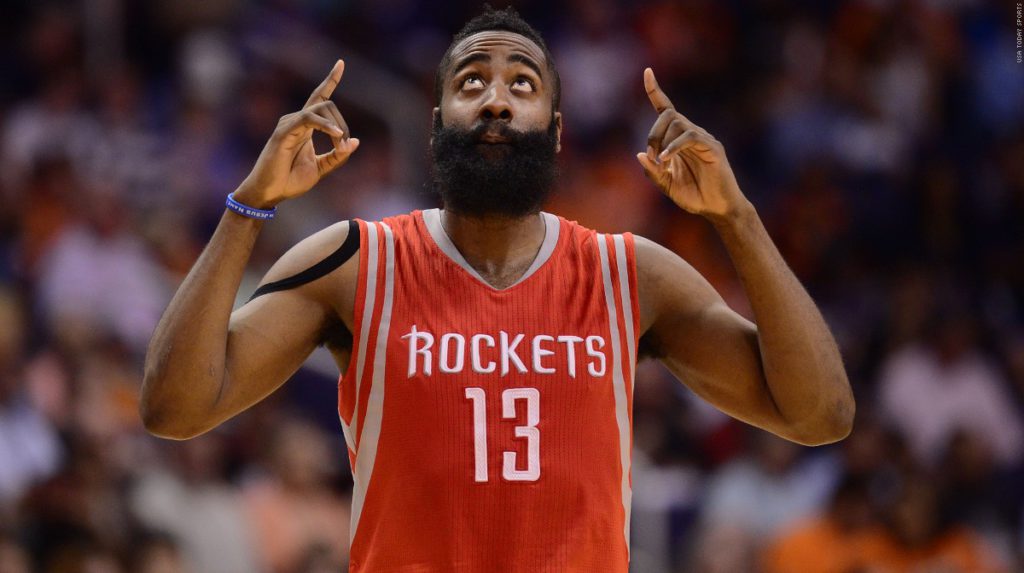 Houston is not done handing out cardboard cut-out paychecks.  They wooed Chris Paul and are still on the market for more.  They’re looking at Carmelo Anthony and damn well know that if they want to take down the Golden State Warriors, they’re going to need a lot more than Paul and the $250 million dollar man.

I just can’t help but be skeptical that locking up a man, who can score and can shoot, but has yet to really accomplish anything of serious merit in this league, for that long and that much money isn’t a huge gamble.

James Harden is an amazing talent.  At 27, he is in the prime of his career.  He can score with anyone.  Those ten points though that he scored in his final game of the season, a 2-11 shooting night against San Antonio, just leave a bad taste in my mouth.  In another game in that series, he shot 3-17.  He can no longer do that and make $228 mil. Note: Actually, he can.

Rockets fans are probably celebrating they have locked up one of the league’s true superstars.  Harden is not going to win this thing by himself but with the size of that deal, the burden is most definitely upon him to channel his inner Hakeem and lead Houston to glory.  No man who makes that sort of money can shy away from his burden of responsibility.

I could be wrong, Lord knows it’s happened before (and recently) but I can’t help but think the Rockets will end up regretting this deal.

Let me leave you with one thought.  James Harden has a career field goal percentage of 44%.  Steph Curry, who only days earlier signed a similarly stout contract, has NEVER, not in a single season, shot LESS than 46%.  Steph Curry is an outlier, something this league has never seen before.  But he’s also a proven commodity.  His hardware speaks for itself.  Will Harden’s?

Make no mistake about it, there is only one Steph Curry.  Harden is not the shooter Curry is.  He may never be.  But after taking $228 million of the Rockets money, he damn well better be the hard worker Curry is because otherwise, Houston fans will be ruing the day they signed him to a contract almost as big as Texas itself.