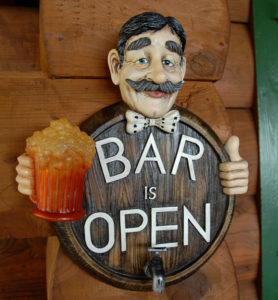 I know, I know.  You’re all rolling your eyes and mumbling to yourself that you’ve heard this story before.

Allow me to rephrase.

I work in a bar where adults come to relax, have a good time, partake in a good meal and don’t have to worry about a fight breaking out every ten seconds.

In my three-and-a-half years of working at said establishment (and I’m knocking on wood), I can’t recall a major ruckus ever breaking out.

Maybe that’s because Ezekiel Elliott hasn’t been there.

“Zeke” Elliott, the Cowboys’ rookie running back (who led the league in rushing last year) was reportedly involved in an(other) incident in a Dallas bar last weekend.  This was his second such incident this off-season.

High-profile athletes getting into bar fights is nothing new.  I’m reading a great new (and as of yet unreleased) book detailing the history of boxing, and more specifically heavyweight fighters.  The read (to be reviewed at a later date) talks about John L. Sullivan in the 1880s.  Sullivan was the first great American heavyweight champion.  Allegedly, the guy allegedly couldn’t stay out of bar fights.  That was a century and a half ago.

One would like to think we’ve matured since then.  Skins thicker.  Instincts more developed.  Nothing could be further from the truth.

I also get that money doesn’t buy common sense. 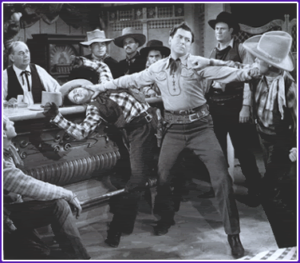 When scuffles arise, is it unmanly to just go and tell security that one guy is causing problems?  I have security in my pub every night I work.  When there’s an issue with an ornery customer, said problem is handled.  My boys are usually on top of it before I can even spot the problem.  It’s our insurance policy.

I have a few years on Zeke.  I’m 49 years old and my bar fighting days are fortunately over.  Besides, I’m a lover, not a fighter.  If someone’s had a bit too much to drink, we cut them off and politely ask them to leave before things get out of hand.  It’s pretty much how any bar, any bartender and any customer should handle matters.  Where’s all the security in the clubs these players frequent?

For too many athletes, going out can be hazardous to your health.

I read an article lately that said NBA spokespeople were happy its athletes use Tinder to find late night accompaniment.  For those of you in committed relationships and/or without internet access, Tinder is an app where Party A, uses their phone to contact Party B, to see, if they want to do the deed.

At first, I found the NBA’s stance odd.  How could a professional sports league of such magnitude commend its players for using what’s primarily a hook-up site to arrange carnal knowledge?  That’s when it dawned on me that they were using said site to avoid public altercations.  Better no pub than the bad pub that occurs inside a pub.

Probably not a bad idea, right?  Anything that keeps their players out of bar fights.  This hook-up website brought to you by the NFL.

Two things that are universally true about bar fights is that a) somebody starts them and b) somebody inevitably finishes them.  Usually, that’s local law enforcement. 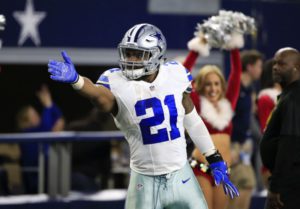 Whatever happened to fans being awestruck by athletes?  On the flipside, what ever happened to athletes being humble?  I don’t know what happened in the bar that night with Ezekiel Elliott.  I do know that this is becoming a trend with this kid and where there’s smoke there’s fire.

Haven’t players realized that by slugging some douche with a vendetta can end you up on the wrong end of a lawsuit and bad ESPN (or even worse SportsChump) coverage?

Maybe it’s that I’m older now, more mature.  I know my way around a bar and am keenly aware of how to avoid drunken idiots.  I also have enough sense not to be that drunken idiot.  I’d like to think I knew how to do that in my early twenties as well.

So, to Zeke and the rest of you post-millenial athletes who think it’s cool to go out, have a few pops and throw a few punches, remember, it’s been done before with far more flair.  In honor of Zeke, I thought I’d include some of my favorite ever movie bar fight scenes.  And next time you leave the house, don’t forget to bring your bail money.  You’re going to need it.

9 thoughts on “Zeke and the Bar-fighters, Episode One Million”