The Rock and Roll Hall of Fame resides in Cleveland, Ohio.  Perhaps the Cavaliers can learn a little something from one of its members.

I was talking hoops the other day with the newly appointed technical sergeant.  I’m no military guy so I have no idea what a technical sergeant does other than perhaps sergeant technically.  This particular tech sergeant, however, knows his basketball.

While discussing the rather tenuous situation in Cleveland, and this was days before all-star point guard Kyrie Irving demanded a trade, I couldn’t help but think of David Lee Roth. 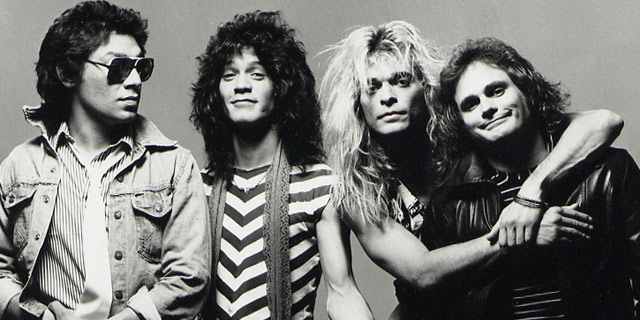 For those of you who don’t know, David Lee Roth once fronted one of the greatest rock-and-roll acts of all-time: Van Halen.  Egos in this band were so overwhelming, however, that ultimately Roth and the Van Halen brothers parted ways.  David Lee went off to record pablum 80s rock while Van Halen substituted Roth’s vocals with another lead singer, Sammy Hagar, to create a completely different sound.

Years after their break-up, Roth and Van Halen reunited.  With the hopes of recreating previous magic, it wasn’t long before they realized they simply could not co-exist.  The break-up, while sad, was meant to be after all.

This Cleveland Cavaliers team has a lot of Van Halen in them.  After dipping off to Miami for a few years, the Akron-born LeBron James felt homesick.  He returned home to Cleveland to appear in three straight NBA Finals, winning one of them.

All was right with the universe (or at least the Mid-West) as the greatest player of his generation had fulfilled on his promise to bring a championship to “the Land.”  I reviewed a book not long ago written by ESPN’s Brian Windhorst.  The portly Windhorst, who we are led to believe is the journalist best equipped to write this Cleveland glory story, told how Cleveland was rebuilt in Camelot-like fashion.  All was hunky-dory as the town celebrated its first championship in fifty years.

While that was only last year, it now seems like ages ago.  After getting manhandled in the 2017 Finals to a far superior Golden State Warriors team, things have de-escalated quickly.  Cleveland fired their GM who was, according to Windhorst, instrumental in building the team that went to three straight Finals.  This off-season, while other NBA teams actively adjusted their rosters to narrow the gap between themselves and the Warriors, the Cavs sat by and did nothing.

In fact, it was rumored that players in Cleveland were telling key free agents NOT to go there.  All the Cavs needed was one key piece.  They didn’t get it.  In fact, they might be about to lose it. 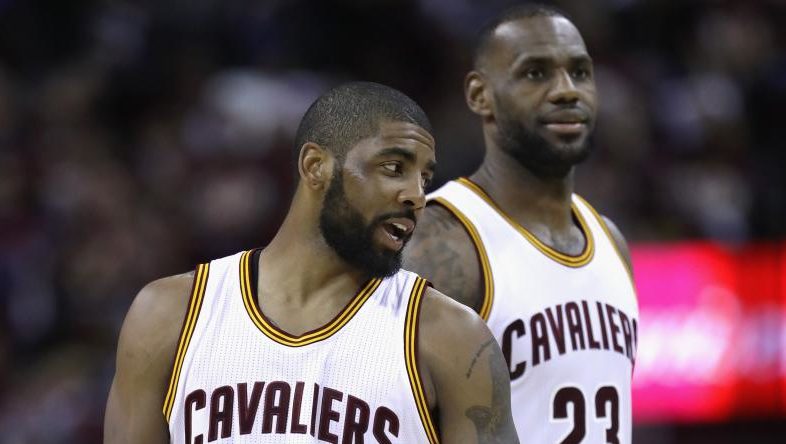 Let’s get one thing straight.  Just because Kyrie Irving asked to be traded doesn’t necessarily mean that he will be traded.  Kobe Bryant once tried to piss and moan his way out of L.A.  Remember that?  Kobe Bryant retired a Laker.

Now that I just made Cavaliers fans smile for a brief second, let me state once again what’s going on in Cleveland is NOT good.  Not only might the team lose Kyrie but LeBron could leave after next year too.  That… would be bad.  I’d say at least you have the Browns but that would be rubbing salt in the wound.

The Cavaliers’ brand, new GM must now try to find a home for their disgruntled point guard who, let’s be honest, played like arguably the best point guard in the NBA in last year’s Finals.  There will be a market for his talent.  What Cleveland should be more concerned with is whether there’s any way to reconcile this situation before his bags are packed.

Kyrie eleison on the road that I must travel; Kyrie elesion through the darkness of the night.

I’m not going to jump the gun on this one but rather see how things play out.  I haven’t heard a soundbite from either LeBron or Kyrie.  All I’ve heard is speculation, albeit speculation from credible sources.

Maybe Kyrie got his feelings hurt with LeBron being far chummier with Dwyane Wade, Carmelo Anthony and Chris Paul, with whom he does not play.  Maybe Kyrie felt LeBron was a little too hard on him during last year’s Finals where Kyrie was the second, best player on the floor… behind Kevin Durant.  Maybe there’s truth to Kyrie wanting to see if he can do it on his own.  Maybe nobody in Cleveland can stand the sight of Dan Gilbert and wants out as soon as humanly possible.

I don’t know how this will all end.  I do know that Clevelanders are getting very little sleep right now.  When LeBron left town, Cleveland went from contender to irrelevant.  When he returned, they almost won it all and ultimately did.  Without Kyrie, they’ll contend but there aren’t too many guards in this game that can do what he does.  If I’m Koby Altman, who has been the Cavaliers GM for approximately two minutes, I’m calling these two players together and seeing if there’s any way possible they can hash out their differences for one final run.

If Van Halen did it, so can the Cleveland Cavaliers.