It finally went down. 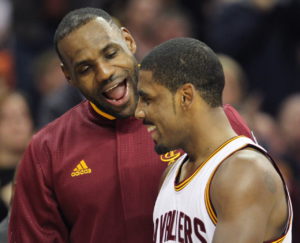 Months after the NBA season ended, in the aftermath of Cleveland losing to Golden State, rumors had surfaced that Cavaliers’ superstars Kyrie Irving and LeBron James could not coexist.  Kyrie wanted out.  He had gone to Dan Gilbert and demanded a trade.

The news was shocking.  All was no longer good in paradise… as much as Cleveland, Ohio could ever be considered a paradise.  Kyrie and LeBron had played (well) together for three years, bringing the Cavaliers their first ever title.  At first, fans wondered what had gone wrong, hoping that it was fake news.

In return for Irving, the Cavaliers received a handsome sum: Jae Crowder, Ante Zizic, a first round draft pick and fan favorite Isaiah Thomas.  Celtics fans were torn.  Sure, they were landing an amazing player but the price to get him.

When I first heard this trade might happen, I immediately thought Boston was getting the better bargain.  This was a deal they had to make.  With a disgruntled Kyrie looming, Cleveland had to make it as well.  But in the NBA, you always want to land the best player.  Boston is most assuredly getting that.  Despite the legacy Thomas leaves behind in Boston, I’m pretty sure they’ll be happy when Irving does what he does in Celtic green.  Assuming he does it.

When I asked friends at the bar, most were reluctant to agree with me.

“C’mon,” I’d retort, “It’s Kyrie Irving.  NBA Champion, Olympic champion, number one draft pick.”  I also reminded them Isaiah Thomas, despite his repeated fourth quarter heroics, is 5’9” on a well-stretched day.  It did no good.  None were as sold as I that the Celtics had improved. 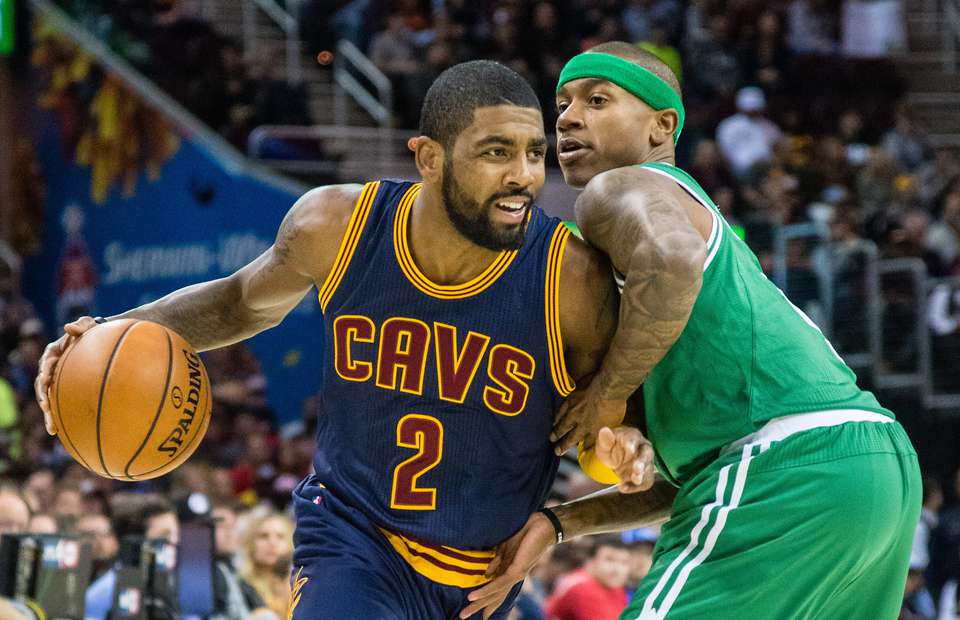 Look, we won’t know until they meet once again in the Eastern Conference Finals which team got the better end of this deal.  Furthermore, them getting that far is not a foregone conclusion.  There are a few other teams that are looking to prove Cleveland’s reign of terror is over.  But if you had to put money on it, you’d have to bet these two teams would meet again for a trip to the Finals.  I don’t think the Irving-Isaiah swap necessarily means Boston beats Cleveland in that series… but they sure as shit narrowed the gap.

And there will be bad blood.

What team bests the other?  Will Kyrie and LeBron embrace when it’s all said and done?  How ugly was this break-up?  Will there be fisticuffs?  Suspensions?  Or worse yet… Twitter spats?  These two teams already don’t like each other.  This blockbuster trade just added fuel to the fire.

Everyone has an opinion on the matter.  Here’s where you come in.  I’m asking for your take and I’m hosting a little contest in honor of the trade that rocked our Tuesday.

In three hundred words or less (don’t worry, I won’t be counting), you can either e-mail me (at chump@sportschump.net) or leave it in the comments section below, I want your reasoning for who got the better end of this trade.  Be as detailed as you care to be.  I also want you to tell me who will win this series (if and) when they meet in the Eastern Conference Finals next year.

The reader who most closely predicts what will accurately happen will receive a fabulous SportsChump prize pack that is bound to possess something you really, really want.  Not only that but you’ll have proven that you know more about hoops than the rest of us… and isn’t that what’s really most important?

If I told you that you could start your day with a lightning rod point guard, who wanted out of the team, out of the city, out of the entire world (which he thinks is flat), and at the end of that same day, you can have (A) a two time All Star, (B) depth behind your franchise player, (C) a young prospect, and (D) an unprotected pick from a team that could well end up being in the top 10….exactly how much would you pay?

Koby Altman is a man who a month ago, didn’t even have a Wikipedia page. Now, he has engineered the trade of the year, and reaped a whirlwind of benefits in exchange for a want-away player that wants to prove he can run a team all on his own. Kyrie Irving will get his chance to show whether or not he can run the show and do it better than Lebron James. The Celtics have given up a large chunk of their roster, and their future, to see if he’s right.

But therein lies the problem. James has shown repeatedly throughout his career that he can be very good on his own, but he needs a core around him to win a title. Now James has a new point guard to complement him, as well as someone to step in when he needs a breath that isn’t going to allow the lead to crumble.

It’s possible Cleveland and Boston meet again in the Eastern Conference Finals. It could be a repeat of last year. But Kyrie is about to re-learn a lesson he apparently forgot. When he’s the star of the show, he can be MVP of the All Star Game….but when it comes to late May, he’ll be at home watching someone else on TV.

Boston won’t make the Eastern Conference Finals. They might not even make it out of the first round.

Cavs remain the team to beat…
*This year.

Whether or not they decide to “Back up the Brinks” for a 30 year old Tyrian Lannister remains to be seen. Boston obviously didn’t want to. So short term, Cavs stay on the top of the shit heap east as the sacrificial lamb for the mighty Warriors come June. I.T. aptly fills the Kyrie/Robin role to LBJ’s Batman enough for at least a season while Crowder not only takes defensive pressure and minutes from The King, but he also makes K-Love expendable. Not only can Jae hit the 3 without spraining his vagina every other month, but he’s on a bargain contract for a few more years.

Both I.T. and Crowder are tough, which compliments the blue-collar grit Tristan Thompson and Shumpert bring. Bank on D-Wade being 99% on the way to The Land following his buyout, so Cleveland should now actively be shopping Love

IMO….Especially if they have any hope of getting LBJ to stay beyond this year. I don’t know if Love alone is enough to pry Melo from The Big Apple, but they should be working the phones like those student loan assholes that rape my cell five times daily at minimum because if they lose LeBron? Call Colonel Trautman because it’s over Johnny.

They also have that draft pick to dangle if need be…Which is a gamble because #23 isn’t yet committing, but go hard or go home. If they wanna keep him, go for the right here, right now. All in.

If Cleveland fucks this up, which I fully expect they will, call Boston the WNBA. They got next.

With Kyrie, Hayward and Horford they have a solid big 3. They still have draft picks in their back pocket as well as two talented wings waiting to blossom in Jaylen Brown and Jason Tatum. Tatum in particular might end up making Golden Boy Gordon trade bait sooner rather than later. I think he’s going to be that good.

Marcus Smart isn’t Avery Bradley, but he’s a hard nosed defender and proven contributor. As much as it pains my P&G heart, I don’t foresee them getting anything but better.

This year, Cavs beat Celtics in the ECF again, but lose to the Bay City Rollers yet again…After that, who the hell knows? Like I said, too many variables.

I can only pray Dan Gilbert somehow nut-punches himself yet again, LBJ joins PG-13 in purple and gold next year and somehow beats the juggernaut up north and then beats Boston yet again. This time, in the Finals.

15 thoughts on “Who got the better or the Kyrie-Isaiah trade?  You be the judge!”