This is how my week has gone so far.  I guess I shouldn’t complain but I’m going to anyway.

Sunday night, with Texas A&M holding a seemingly insurmountable, 34-point lead with four minutes left to play in the third quarter, I started counting my winnings.

Milhouse and I had already hit the front end of a four-team parlay.  With Maryland (over Texas) and South Carolina (over NC State) already good, an A&M victory would have won us upwards of around $600 on a $33 bet.  It would have given us money to play with for rest of the season.  Up by five scores, an A&M win was as good as in the books.

Then Kevin Sumlin forgot how to coach.  After the unprecedented collapse, one A&M regent claimed he never knew how in the first place.  UCLA came back and won that game in the final minute.  It was as improbable a victory as you’ll ever see.  It was Frank Reich-like.  It was Super Bowl 51-esque.  Oh, and it cost me and Milhouse well over a grand.  #BadBeatDeluxe 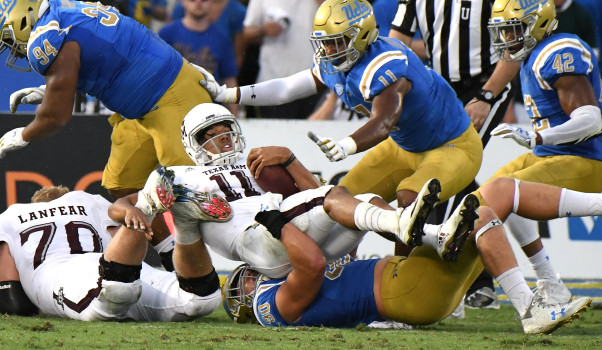 That extra coin was going to come in handy for my upcoming Miami trip. Kid Sheraton had shored up an extra ticket for me to accompany him to see my beloved Buccaneers play his beloved Dolphins in Week One. As assured as my A&M winnings, my golf clubs were packed, my car fueled up and I was as good as on my way to South Florida for a fun-filled weekend of football and filets.

That was until Irma had something to say about that.  What’s the old joke that goes if you want to make God laugh, make a plan.

With safety the utmost concern, the NFL decided rather promptly that the Bucs-Dolphins game should not be played.  It was the right thing to do.

After multiple meetings of the minds on how to handle matters, the league was lucky enough to have both teams share a bye week, the odds of that as unlikely as the UCLA comeback.  Light on many concerns that pepper the league, the NFL could hardly be seen lax on fan safety so it moved the game to later in the season.  Goodell and company were served up a nice softball and knocked it out of the park.  Some players, however, like Bucs Defensive Tackle Chris Baker, complained his team would now have to play sixteen straight games, but that’s not unprecedented.  After all, the league never even had bye weeks until 1990.

Baker’s comments were as insensitive as this post.  Baker complaining about having to work sixteen straight Sundays and me kvetching about my cancelled trip to South Beach while islands in the Caribbean get manhandled by an impending monsoon is inexcusably selfish.  I took a step back, took a sip of my drink and decided to put things in perspective.

No obstacles, only opportunities, right?  This storm is the perfect chance for the NFL to seize one.

Irma will, or at least should, start the ball rolling for league owners to once again contemplate expanding its season to 18 games, or at least keep it as is but make the season last 18 weeks.  The last time I checked, no one ever complained about more football.

The NFL Players Association stands its ground as best it can against the owners on a variety of issues.  For example, they’re currently suing the league for the way it handled Ezekiel Elliott’s suspension.  If the NFL decides to switch to an 18-game season (and in doing so scrap two of the four preseason games, which are essentially meaningless), the players want to ensure they are going to be properly compensated, as they should.  With that much more revenue, there should be plenty to go around.  More importantly, league authorities will have more leeway to reschedule games in the event of an impending natural disaster. 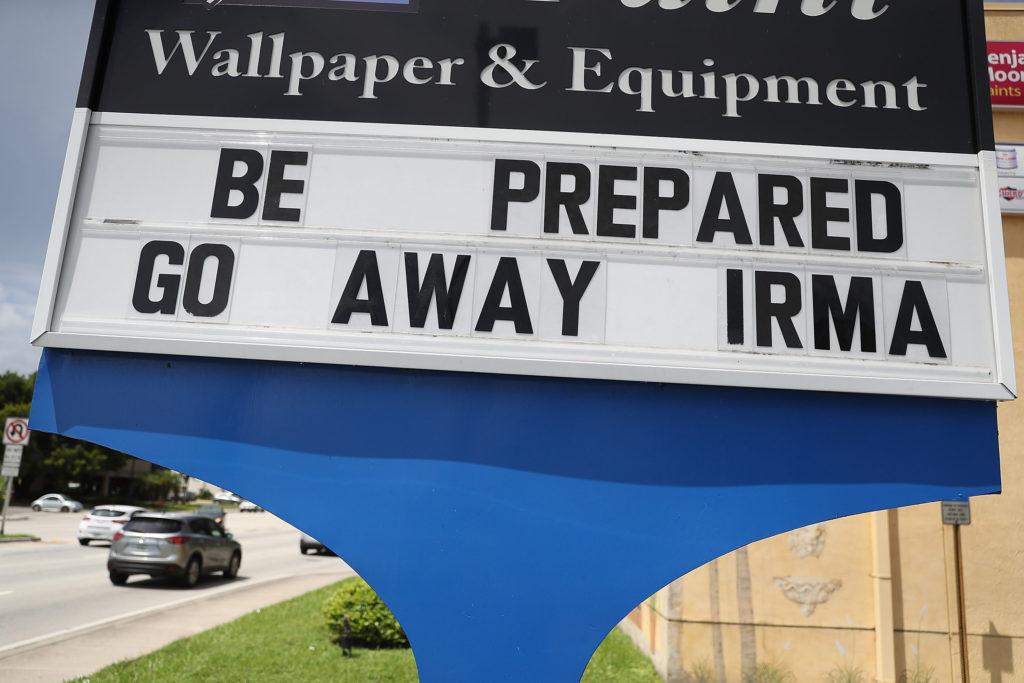 Problem solved.  This isn’t rocket science.  With Irma about to blanket the entire Sunshine State with a lack of sunshine, an 18-game schedule now makes more sense than ever.

The league that shakes your hand with one hand while fleecing you for all your money with the other will try to sell you that expansion is for player and fan safety, that with the recent storms that have leveled Houston (and maybe Florida), it’s time for the league to consider all its options.  We all can do the math and know what adding an extra home game means revenue-wise.  We’re okay with it.  Adding those games (and more importantly bye weeks) will provide not only tens of millions more to each city but a scheduling flexibility the league currently doesn’t possess.

The players will make more, the owners will make more and fans will have more football to watch.  Sounds like a win-win to me.  It’s too bad we had to have a natural disaster to push it through.

As Irma approaches, stay safe, everyone.  Batten down your hatches.  And when the NFL switches to an 18-game season next year, you can say you heard it here first.   Assuming, of course, there’s still a Florida to play football in.