Eight and a half years ago, our former president, a black man, rolled up his sleeves and filled out his March Madness brackets on ESPN for all to see.  Many were taken aback, wondering a) who the hell cares whether the president has Villanova going past the round of 16 and b) doesn’t he have anything else better to do with his time?

Personally, I didn’t mind it.  After all, if I use sports as a way to take my mind off things, the President of the United States should be able to as well. 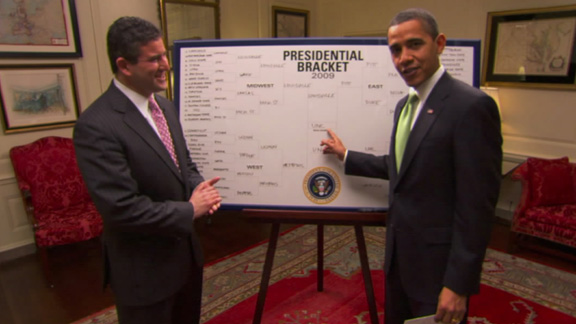 Barack Obama was the first president I can recall shooting jump shots on live television.  Regardless of where you stood on politics, if you were a sports fan, you at least enjoyed his flair for the games.  He was one of us, a fan who rejoiced when his teams won and felt heartbreak when they lost.  In other words, he was human.

We have a new president these days, a white man, whose rapport with today’s athlete isn’t quite as cohesive as his predecessor.  His jump shot isn’t as good either.

Less than a year ago, Spurs coach Gregg Popovich voiced his displeasure with President Donald Trump.  Pop’s comments notwithstanding, I accurately predicted our future in the piece.

Here’s what I wrote:

“You may find Pop’s comments inappropriate and they’ll certainly make for interesting conversation the next time the Spurs are invited to the White House after winning an NBA title as championship teams have done in the past.  That policy might change with the upcoming presidency but we shall see.”

Championship teams from all sports, both college and pro, have visited the White House to celebrate their achievements.  This is an American tradition that dates back 150 years.

The Golden State Warriors will be breaking that tradition.

In a nutshell, here’s what happened.  The Warriors decided to have a team meeting and vote whether they wanted to visit the Trump House.  Trump got wind of their reluctance and rescinded the offer.  Ever his own publicist, Trump tweeted “Going to the White House is considered a great honor for a championship team. Stephen Curry is hesitating, therefore invitation is withdrawn!”

To be clear, no one is arguing that going to the White House isn’t an honor.  However, so is being an American and having a voice of dissent. 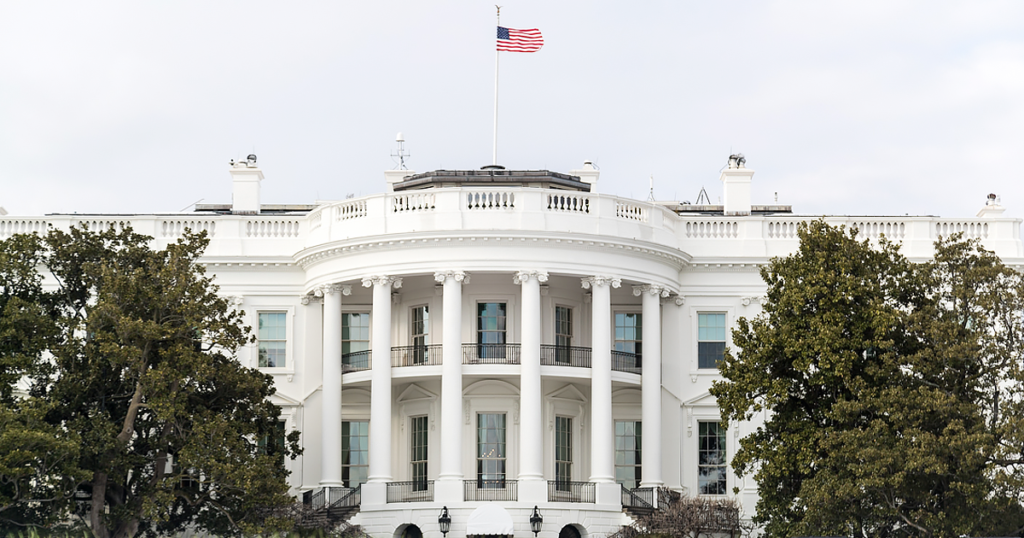 Clearly, we have come a long way since our president was filling out brackets.

Not only has President Trump cancelled his subscription to NBA TV for a while, he’s losing popularity among NFL circles as well.

We don’t need to rehash Colin Kaepernick’s efforts to draw attention to social injustice in this country.  Trump’s most recent rebuttal called those who exercise their freedoms to protest the national anthem “sons of bitches” that should “be fired.”  If you watched the NFL this Sunday, that would pretty much include the entire league, as well as the billionaire boys club of team owners most of whom probably voted for Trump last November.

The next person to keep their politics out of my sports will receive a laurel and hearty handshake.

These days, athletes have been using their platform in society and voicing their opinions at every turn.  Not so long ago, we criticized high-profiled athletes like Michael Jordan or Tiger Woods for not standing up for a cause.  Back then, there wasn’t all that much to fuss about.  These days, we’re facing racial tensions that resemble a far more troubled time.  The battle between Donald Trump and Steph Curry has become personal.  For the record, Curry is no Kaepernick.  He is a two-time league MVP, leader of the two-time champion Golden State Warriors, and one of the most popular, likeable, marketable athletes in our nation, who is simply exercising his, and his teammates’ rights, to represent their organization the best way they see fit.

Ollie, this is a fine mess you’ve gotten us into.

There’s a line in the deliciously cheesy and inarguably classic sports film, Remember the Titans, where Denzel’s two, star players, one white, one black, both on defense, confront each other about their play.  Their team is playing in recently desegregated 1970s Virginia.  Racial tension is at an apex.

Gary Bertier, the white player, criticizes his teammate, Julius, for his lack of inspired play.  Julius Campbell, the black player, responds by saying three simple words.  Attitude reflects leadership.  Julius had not been giving his all because Bertier had been favoring the white players.  Their confrontation is a turning point in the movie.  From that point on, they decide to work together towards a common goal which results in an undefeated season.  I told you it was cheesy.  It’s a Disney production for goodness sake, based on a true story obviously glorified to make a great film… and a point.

Kaepernick’s kneeling was divisive.  So is Trump’s leadership.  Just like in the movie, until we learn how to understand our differences, these problems will remain with no happy ending.

This Trump-Warriors banter may seem like a childish game (and to be clear, we are talking about games, in more ways than one) but the whole point of inviting sports champions to the White House is to celebrate greatness, not to see who’s got the bigger you know what.

Somewhere along the line, one would think that the Leader of the Free World would be the bigger person than a guy who puts a ball through a hoop for a living.  Instead of understanding where all this dissension is coming from, or creating any sort of dialogue, Trump comes off as the petulant, rich kid on the block who won’t allow anyone to play with his toys, as if anyone wanted to anyway.

Far be it from me to suggest he take the time to roll up his sleeves and figure out why this is all going on in the first place.  Isn’t the that job he signed up for?

If sports, movies and life have taught us anything, it’s that without proper leadership, all we can expect is the same bad attitude.