I saw Rick Pitino coach in person quite a bit back in the early 1990s.  That was one of the perks of attending a school in the Southeastern Conference.  College athletics was a healthy, even historical, distraction.

Back then, SEC basketball was pretty damn competitive.  Kentucky won two national championships right around that time, Arkansas won one as well, and the conference put out star after NBA star. 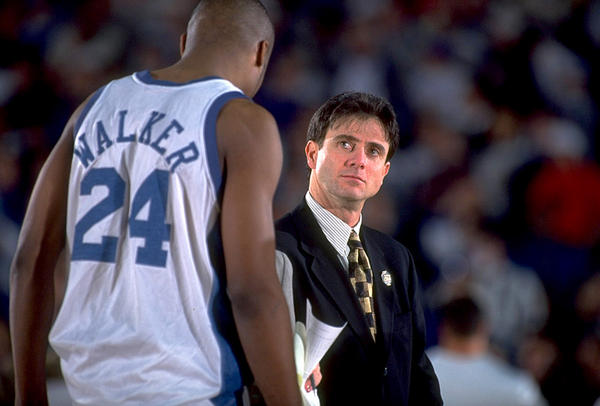 I saw Shaquille O’Neal play live.  I also saw Latrell Sprewell, Robert Horry, Corliss Williamson, Jamal Mashburn and Allan Houston all play basketball before they were old enough to drink.  I even saw Chris Jackson (who later changed his name to Mahmoud Abdul-Rauf) light up my beloved Florida Gators for 53 points on a night that left the O’Connell Center abuzz.

Despite the singular stars, however, when the University of Kentucky Wildcats came to town, it was always a big deal.  The school’s reputation spoke for itself… and rightfully so. After all, it is the winningest program in college basketball history.  Their coach at the time, Rick Pitino, was a legend in the making.  Even then, you could tell he was on the fast track to coaching greatness.  He had officially put a previously troubled Kentucky basketball program back on the map.

Years before their back-to-back national championships, the University of Florida’s basketball program was a work in progress.  One could make the argument that their eventual titles were in large part thanks to Rick Pitino.  After all, Florida’s head coach, Billy Donovan, was a direct disciple of the Pitino tree.  A scrappy, undersized Donovan was the motivated point guard that put Pitino’s Providence teams on the Final Four map.  So, when a Pitino-led, Kentucky team pulled into Gainesville, Donovan coaching against his mentor only added fuel to the fire. 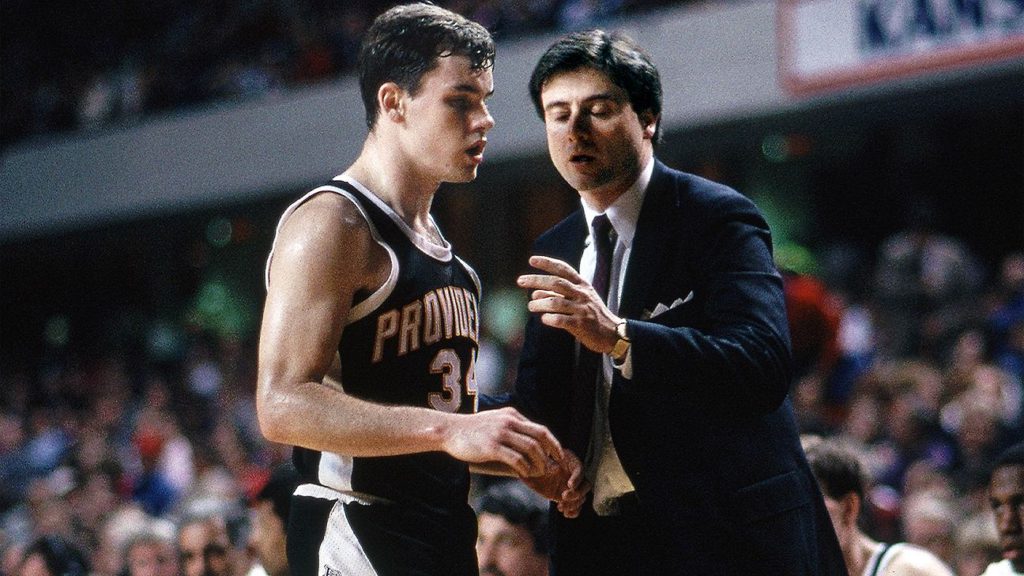 Make no mistake about it.  It was an event every time Pitino and Kentucky came to town no matter where you went to school.  But Florida-Kentucky kicked it up a notch.

Pitino took the UK job back in 1989 when the school was on probation.  He was credited as the coach who cleaned up the program.  How ironic is that considering all that’s happened lately?

Pitino left Lexington in 1997 after having returned the program to prominence.  He went on to coach the Boston Celtics.  It was his second stint in the NBA, having coached the Knicks many years earlier.  In 2001, he returned to the college ranks, landing a gig at UK’s fiercest rival: The University of Louisville.  It ranks as one of sports’ greatest Former Employer Eff Yous.

The dagger dug even deeper when Pitino coached Louisville to a national championship, He remains the only coach ever to do so at two different programs. 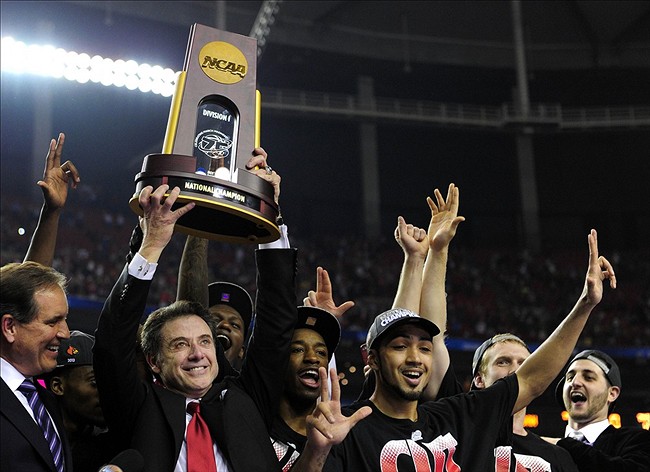 Pitino has just shy of 750 college basketball wins.  That ranks in the top 40 all time, a number would be significantly higher had he not snuck away to coach the Knicks in the eighties and the Celtics in the nineties.

None of that matters any more.

I wasn’t all that surprised the morning I woke to hear Pitino had been released from the University of Louisville amid yet another scandal.  None of us were.  It took decades for Pitino to establish himself as one of the greatest college basketball coaches of all time.  It took months to ensure his legacy had fallen by the wayside.

Pitino has been so full of shit lately that Pete Rose and Alex Rodriguez are preparing him his own wing in the sports liars’ hall of fame.

Amidst further rumors of epic wrongdoing, Pitino has been released from the University of Louisville.  His services are no longer needed.  In fact, the school is actively seeking ways to no longer pay him what is owed.

Once considered one of the greatest coaches in college basketball, Rick Pitino made the cardinal mistake of thinking he was bigger than college basketball.  What’s worse is that he won’t admit it.  He waltzed around Louisville sleeping with random women who were not his wife.  He turned a blind eye on prostitution rings for his players and most recently illegally paid whoever it is that he paid all the while showing his kids how not to act.

Somewhere along the line, Rick Pitino forgot how to be humble.

Maybe I’m naïve.  Maybe I watched college basketball for too long thinking nothing shady goes on.  Maybe I always assumed kids wanted to play for coaches they thought were the best and could make them the best.  Maybe Blue Chips was a lot closer to reality than any of us care to admit.  Maybe coaching is a dirty business.

Or maybe Pitino had been that disgrace all along and we just never knew it.

14 thoughts on “Rick Pitino ends coaching career with an ‘L’”